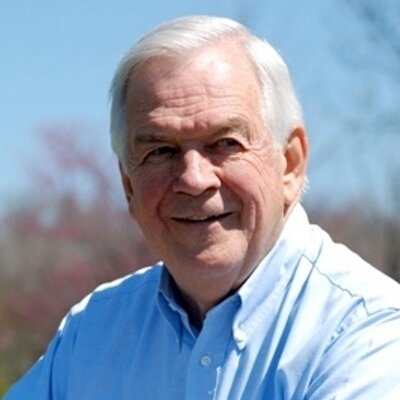 It’s official!  Joe May is back, running for the Republican nomination in the 33rd Senate district, despite the fact that he has lived in the 13th Senate district for over 40 years.  He has now purchased a domicile in the 33rd.

For 20 years Joe May was a Republican delegate in the General Assembly.  In 2013 Joe May was beaten in a primary by Dave LaRock  (57% to 42%)in the 33rd House district after Delegate Joe May voted for the largest tax increase in the history of the Commonwealth.  During the campaign it was revealed that Joe May’s record was not as conservative as voters in the district had been lead to believe.

In 2014 Jennifer Wexton (D-Loudoun) ran against John Whitbeck (R-Loudoun) for the 33rd Senate seat, vacated by Mark Herring when he became Attorney General.  Joe May left the Republican party, filed as an Independent in the district and received almost 10% of the vote. All of May’s election results can be seen here.

Now Joe May is back running in the 33rd senate district this time as a Republican.  Today he sent the following letter:

I am putting my name forward to represent the Republican Party in the upcoming special election for State Senate in the 33rd District and I need you with me.

Any registered Virginia voter in the 33rd state senate district who is willing to commit to support the Republican nominee can participate. I hope I can count on seeing you there.

I have had the tremendous honor of serving our community in numerous ways as a businessman, technologist, leader of various community organizations and initiatives and as a delegate in Richmond.

My wife Bobby and I have grown our business, EIT, in Sterling and Leesburg for more than 40 years. That business now employs over 200 Virginians in our region.

In Richmond, I brought several innovative solutions to Virginia, including the Rural Rustic Roads policy, which has saved hundreds of millions of taxpayer dollars; Quiet Pavement to replace ugly and expensive sound walls and commercial space launches, a multi-billion dollar enterprise, at Wallop’s Island.

If given the honor of serving as your Republican nominee, I will deploy my unique experience as a successful technologist, with over 30 patents, and as a seasoned legislator to fight for toll stabilization and relief, to strengthen our schools, improve our transportation infrastructure, reduce congestion and strengthen our Northern Virginia economy.

I’m ready to apply my unique experience tackling complex problems with innovative solutions to the challenge of winning this race and fighting for a stronger, more prosperous future for our Northern Virginia community.

I hope I can count on your support at the Republican Legislative Mass Meeting tomorrow, Sunday November 18, at Fairfax Christian School, 22870 Pacific Boulevard, Dulles, Virginia 20166 starting at 5 p.m.