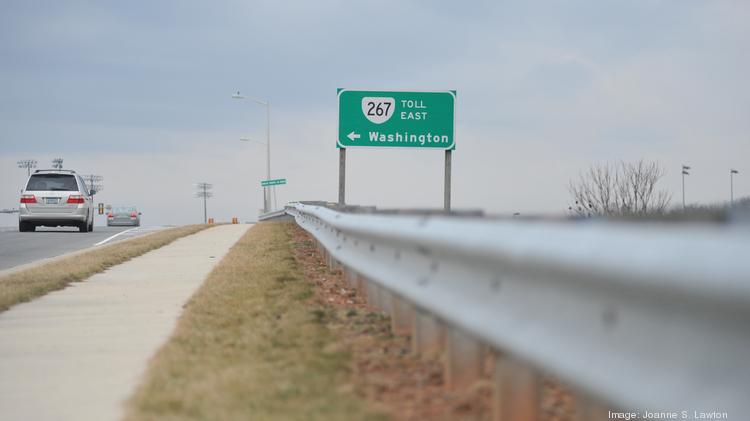 May: Bell-Boysko Plan for Unrestrained Greenway Toll Hikes a Non-Starter

LEESBURG – Former Delegate Joe May announced his opposition to a plan Wednesday that would clear the way for massive tax hikes on the Dulles Greenway and criticized his Democratic opponent for her silence on the proposal.

“This plan guarantees profits for the Greenway without implementing true distance-based tolling and at the cost of massive toll hikes that will harm Northern Virginia commuters, seniors on a fixed income and small businesses,” May said. “I agree with Supervisors Meyer and Letourneau that this plan should be a non-starter.”

The plan, announced by Delegate John Bell, would allow the private company that manages the Dulles Greenway to implement tolls hikes on an annual basis through 2056 – allowing tolls on the crucial roadway to increase to as much as $18 for a single, one-way trip. In addition, the plan would also allow immediate toll increases to pay for the cost of infrastructure to implement limited distance-based tolling on only off-peak hours.

May’s Democratic opponent Delegate Jennifer Boysko endorsed Bell’s bid for the 13th Senate District in August 2018 and has offered no criticism of his plan to clear the way for massive toll hikes on the Greenway and has proposed no alternative solution to address the escalating problem of rising tolls along the thoroughfare.

“Northern Virginia voters should be concerned my opponent has remained silent on this proposal from her political ally that would result in damaging toll hikes,” May said. “They should be equally concerned Delegate Boysko has offered no alternative solution to address the critical issue of rising tolls.”

In contrast , May, former chairman of the Transportation Committee in the Virginia House of Delegates, has put forward an innovative plan to stabilize tolls along the Dulles Greenway — by purchasing the roadway outright.

“The Commonwealth can take over management of this critical artery at roughly half the cost of the current arrangement by purchasing the Greenway with much lower finance costs, than the private company pays now,” May said. “My plan to stabilize tolls along the Greenway would immediately stop damaging toll hikes, reduce the costs associated with equipping and maintaining the road and put leaders who are accountable to taxpayers and voters in control of setting rates.”

May has a proven record of delivering transportation solutions for the region and the state.

May worked across the aisle to implement the original caps on Greenway toll increases, has been identified as a principal architect of the landmark 2013 Transportation Funding Bill that brought millions in congestion relief and maintenance projects to Northern Virginia. He also established the Rural Rustic Roads policy that has preserved large amounts of Virginia`s scenic landscape and saved taxpayers millions since its implementation by VDOT. May also created the Mobile Emissions Testing which saves Northern Virginia motorists 300,000 trips to emission testing stations.

“If given the honor of representing the 33rd district in the State Senate on January 8, I will use my experience as an independent-minded problem solver to tackle these critical issues — and oppose efforts to put special interests and out-of-touch policies before results for Northern Virginia families,” May said.