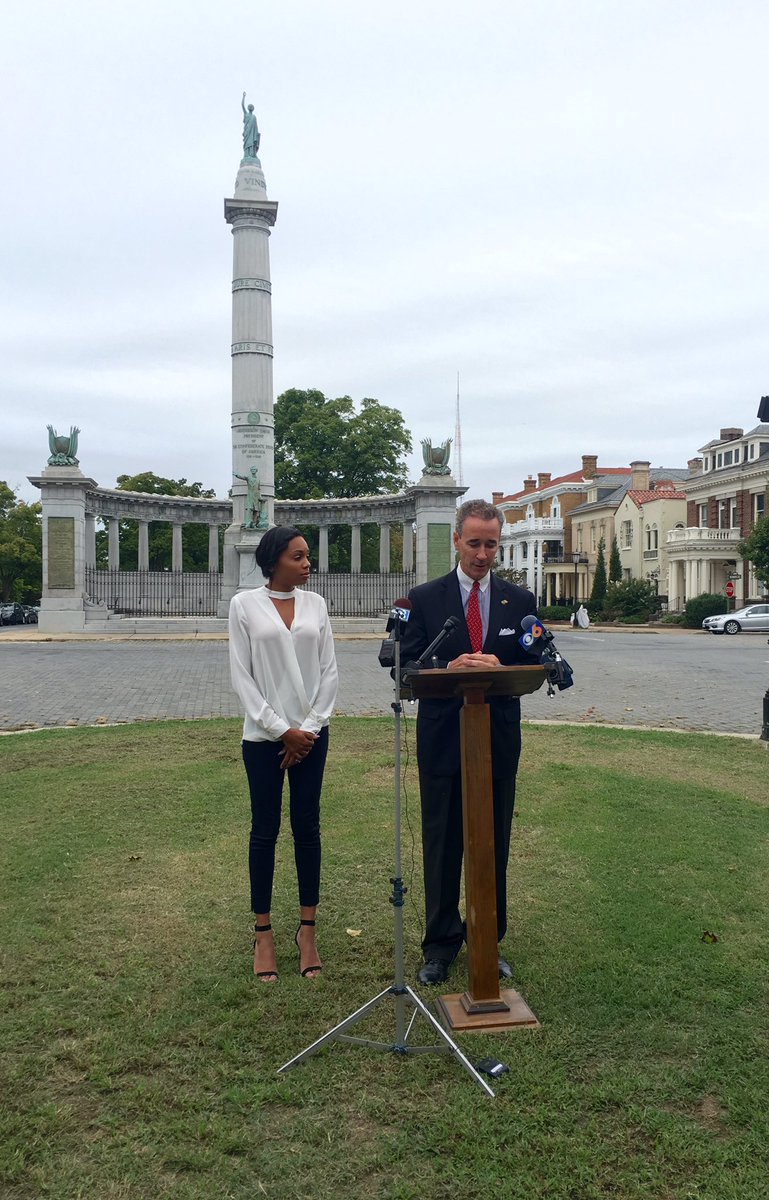 Joe Morrissey Admits He Was Wrong

A few weeks ago we reported candidate for Mayor Joe Morrissey, said as Mayor he would remove the Jefferson Davis Memorial from Monument Avenue.  On Tuesday Morrissey announced he was wrong and would not remove the statue.

“I don’t think I thought that through, in my mind, I was generating a conversation.”

“In hindsight, I was wrong… I was wrong,” he said. “What I think would be better is if we created a statue where you unify folks and brought them together.”

Now Morrissey has decided it would be better to add to the statue in an effort at unity,

“What I would like to do is have a statue including Jefferson Davis and Union black soldiers and Confederate black soldiers showing unification,” he said. “And I think that, upon further reflection, is a better course of action.”

In a crowded field for Mayor of Richmond, Morrissey remains in the lead.

Now the guy is getting more reasonable – built up, not tear down. It would really be great to get a statue of blacks (free or slave) that aid the Confederacy, included with union blacks.

Back to Morrissey – how much push back was there on removing this statue? Must have been a lot.

“Confederate black soldiers” ? Exactly what Confederate division did they serve in?

I’m a Democrat. Joe Morrissey is our Donald Trump. Every family has a funny uncle, a twisted sister, or a strange cousin. Most of us keep them locked in an upstairs bedroom, but, sometimes, they get out and frighten the neighborhood children . . . Faulkner’s Benjy is the best example.

If Richmond is lucky, Morrissey will serve one term, do no damage, then Dilsey will take him back home.

Are you going all literary on us? Good. I love that book.