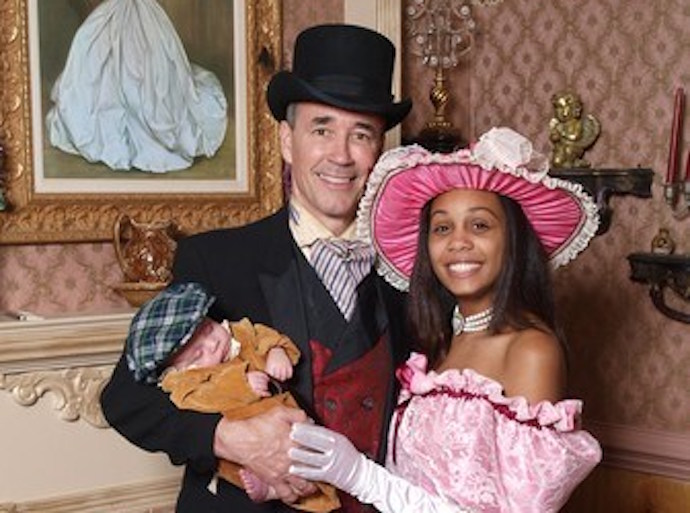 On Thursday afternoon former Delegate Joe Morrissey announced the birth of a daughter, Bella Noel Morrissey. Â Bella is the second child of Morrissey and his current wife, the Myrna Pride. Â She was Morrissey’s former 17-year-old receptionist, whose relationship with Morrissey resulted in him spending time in jail.

Morrissey also indicatedÂ he is considering a run for Mayor of Richmond, and that he will make his big announcement on Thursday, March 31st, at 6:00 pm, at the Satellite Lounge on Jefferson Davis highway in Richmond. Before he makes his announcement, he will meet with 30 pastors from around Richmond to discuss his priorities for the city.

Several other candidates have declared their intentions to run for Mayor, including former city council member and architect Bruce Tyler and Richmond businessman and former Hanover county administrator, Jack Berry. Â Tyler will run as an independent but last year sought a Republican nomination for state senate.

Community activists Rick Tatnall and Lillie Estes are also running for Mayor, and city council President Michelle Mosby has also declared her candidacy, as has Richmond teacher Chad Ingold. Â More candidates are expected to come forward prior to the June 14th deadline to file to run for Mayor.

Joe Morrissey’s Family Grows While he Ponders a Run for Mayor of Richmond was last modified: March 27th, 2016 by Jeanine Martin

1835? Oh man, the words that are probably swirling around the internet just waiting to encounter this photo.

For what my opinion is worth, I have always thought the age of consent is too high. 16 and 17 year old girls know damn well what they are doing. In the good old days, which we conservatives pine for, it was perfectly normal for an older gentleman to marry a teenage girl. For example, in the novel “Gone With the Wind,” Scarlett O’Hara’s mother was 15 when she married the 42 year-old Gerald O’Hara. At least this young lady’s children are much more likely to have a loving and committed father in their lives as opposed to the vast majority of her age peers.

This isn’t 1835. I want children protected from child predators. It’s very different when two 17 year olds madly in love are having sex than when a 54 year old man preying on a poor, vulnerable, desperate, confused, easily influenced, 17 year old girl. That’s what Morrissey did. He took advantage of her and that’s just wrong.

I personally would draw the line at 16. However, knowing that would raise a lot of eyebrows, I would be willing to compromise at 17. Last week I was watching the John Wayne movie, “Hatari.” It was made in 1963 and I remember my father taking me to see it when I was little. One of the subplots involves three MEN (two of whom were obviously over 30 years old) chasing a 17 year old girl. In the script she is 17. The character played by Red Buttons eventually wins her over. And in 1963 Red Buttons was 44 years old.

How awful. Who would wish that on their 17 year old daughter?

And the storyline was about a timeperiod when all women were consenting to was being a wife and having babies. Really? You compare that to now? What exactly are you comparing?

It was only 50 years ago, Bonnie1. And besides, the Hatari Storyline is about a female photographer who is a thoroughly modern and accomplished women. Now back to today’s situation. All I am saying is that when a 17 year old enters into a consensual relationship with an older adult, it should not be considered a crime and no one should go to jail. As unsavory as Morrissey is, he is at least supporting this child. What I, as a conservative find more appalling, is the atrociously high number of children being brought into this world, who will have to be supported by us taxpayers. THAT is where our outrage should be, not this.

A 50 year is preying on his 17 year old employee who is desperate to get out of poverty and you’re fine with that? Really?

Jeanine. There is a HUGE difference in not being fine with something, and then wanting someone to go to jail. Just because I don’t think Morrissey should go to jail, does not mean that I am fine with it. That is the material point.

Too bad horn-dog Morrissey didn’t marry his other baby-mamaS! And yes you read the plural correctly: Morrissey previously had 3 other kids out of wedlock!! By 3 different women, I believe. Ol’ love ’em and leave ’em Joe is not a good model of committed, supportive fatherhood, or even a decent human being. I hope he’s at least providing child support to ALL his childten.

Maybe those pastors should give Morrissey some morality advice rather than political.