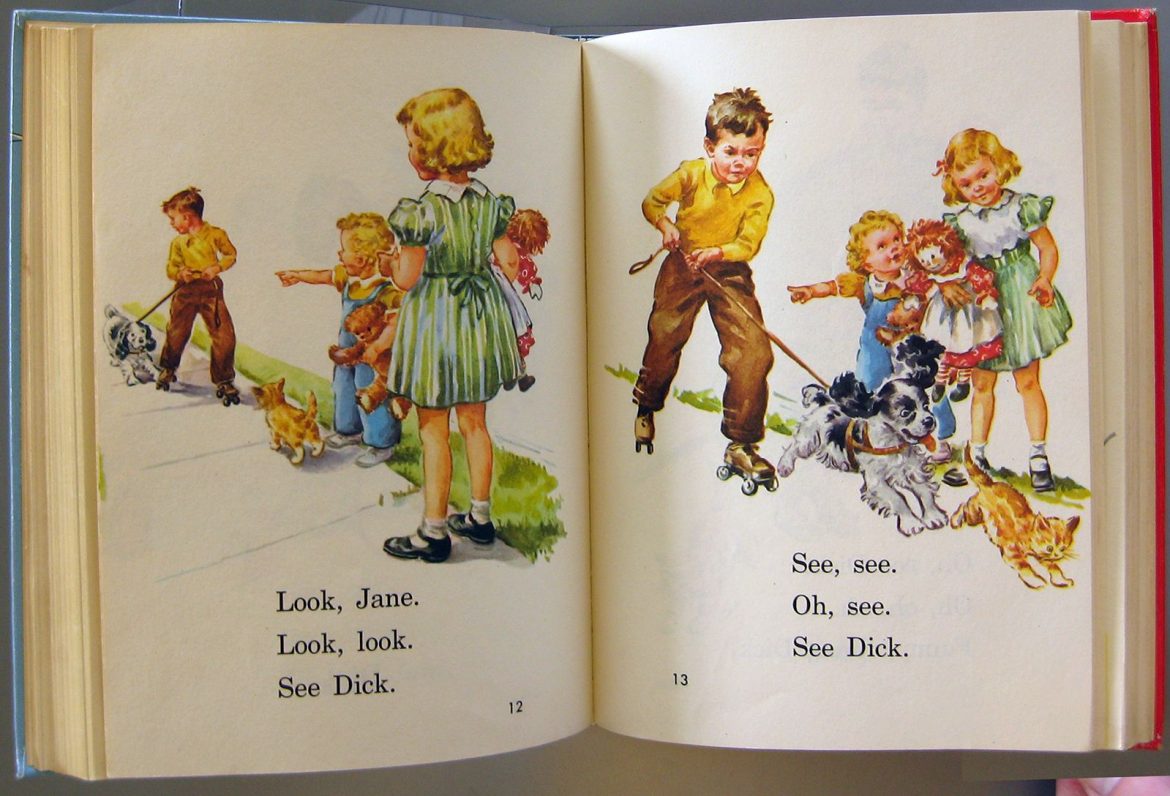 Growing up in the 50s, I remember my father saying that John Dewey (1859-1952) was ruining schools.  While my father was saying it, I was living it. My first-grade teacher, having taught the alphabet, wrote the letters “a”, “n”, and “d” on the blackboard, gave us the letter sounds, and told us to say the sounds quickly.   Students lit up as they decoded the word “and.” Her next statement reflected Dewey’s influence: “But, I’m not supposed to teach you this.” We were given “Dick and Jane” readers and were expected to memorize words without sounding them out.

Report cards came in brown envelopes with three words in on the top.  I told my brother I could read and that the words said, ‘Report Card.’  They actually said, “Do Not Fold.”.

John Dewey, an atheist, wanted to promote socialism.  In his Impressions of Soviet Russia (1928) he wrote a glowing description of Russia and its schools.  He developed “progressive education” at the Laboratory School at the University of Chicago (1894-1904) and Columbia University Teachers College (1904-1930), including Columbia’s Lincoln School founded in 1917 with funding from John D. Rockefeller, Jr.  Dewey’s approach to education is in his 1898 article, “The Education Fetich.” He condemns reading and arithmetic instruction in early elementary school, calls drill “evil” and handwriting between ruled lines “barbarous,” and favors studying students’ daily environment (which became social studies). The progressive alternative to phonics were the ‘whole language’ “Dick and Jane” readers.  Columbia graduates became school superintendents and introduced “progressive education” nationwide.

Rockefeller sent four of his five sons to Lincoln; all four became dyslexic.  Whole language has created a new industry – remedial reading. Hardest hit are low-income Hispanics and Blacks whose parents can’t teach what the schools didn’t. Decades of whole word, arithmetic without drill, and social studies instead of history have convinced everyone that low-income children cannot learn, when in fact they haven’t been taught.  That same curriculum also lowers white and Asian achievement, unnecessarily stigmatizes children as “learning disabled,” and spawns behavior problems as children cope with not being able to read.

However, Dewey’s “progressive education” is achieving his overriding goal:  Public schools are graduating socialists, or as the Fairfax County School Board puts it, “global citizens.”