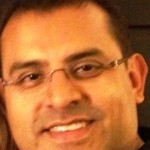 UPDATED:  Conservative John Guevara has announced his candidacy for the Republican nomination for Sully District Supervisor. [read_more] His press release:

John Guevara Announces Run for Sully District Supervisor Conservative candidate to fill the vacancy left open by the retirement of Michael Frey FAIRFAX- John Guevara announced today that he intends to seek the Republican nomination for Sully District Supervisor. The seat is being vacated by the retiring Michael Frey, a Republican and the only one to hold this seat since it was created in 1991.

“I am running for Sully District Supervisor because I understand the needs of our community,” said Guevara. “I am always looking for ways to serve my community and I am very excited about the opportunity to earn the vote of the residents of my district.”

Guevara works as a Manager, Professional Service for a large telecommunications service provider and has served his community in a variety of ways. Guevara was on the PTO Board at Navy Elementary for two terms, and was president of his HOA for several years. Recently, he was selected as Vice President of the Board for the Western Fairfax Christian Ministries, a nonprofit charitable organization dedicated to supporting local families in need with emergency food and financial assistance. He has also volunteered his time as a youth sports coach and Cub Scouts Den Leader. He is a war-time veteran of the U.S. Army.

“I have often wondered how is it possible that we live in such a prosperous district yet have a significant number of families who are struggling to make ends meet,” said Guevara. “How can we have a $2.5 billion school budget and yet have overcrowding in more than 30% of our elementary schools? Or, how can we spend billions of dollars on mass transit only to continue to sit in traffic day after day after day? We have to address these and other pressing issues but we have to do it with smarter, no-nonsense management. Throwing different people with the same ideas at these problems is political insanity. I am a first-generation Hispanic American who has earned the American Dream. Growing-up in near-poverty, I learned the importance of sacrifice and the value of working hard, which I applied to my education and to my careers in IT and the U.S. Army. We need a new face, a person who has management, business, and people skills to tackle these local issues that affect our families. I am that candidate.”

Sully District Supervisor is a position on the Fairfax County Board of Supervisors. The district is made up of Centreville, Chantilly, Clifton and Oakton.

Guevara has lived in Sully for the last 15 years with his high school sweetheart, Marilyn. They have two sons, Peter and Nathan, who both attend Fairfax County public schools.

Newcomer to Sully, the inventor of “Election Recount by Social Media”, the less conservative Brian Schoeneman, is also running for the seat.

Learn more about John Guevara and his views here,  here and here.