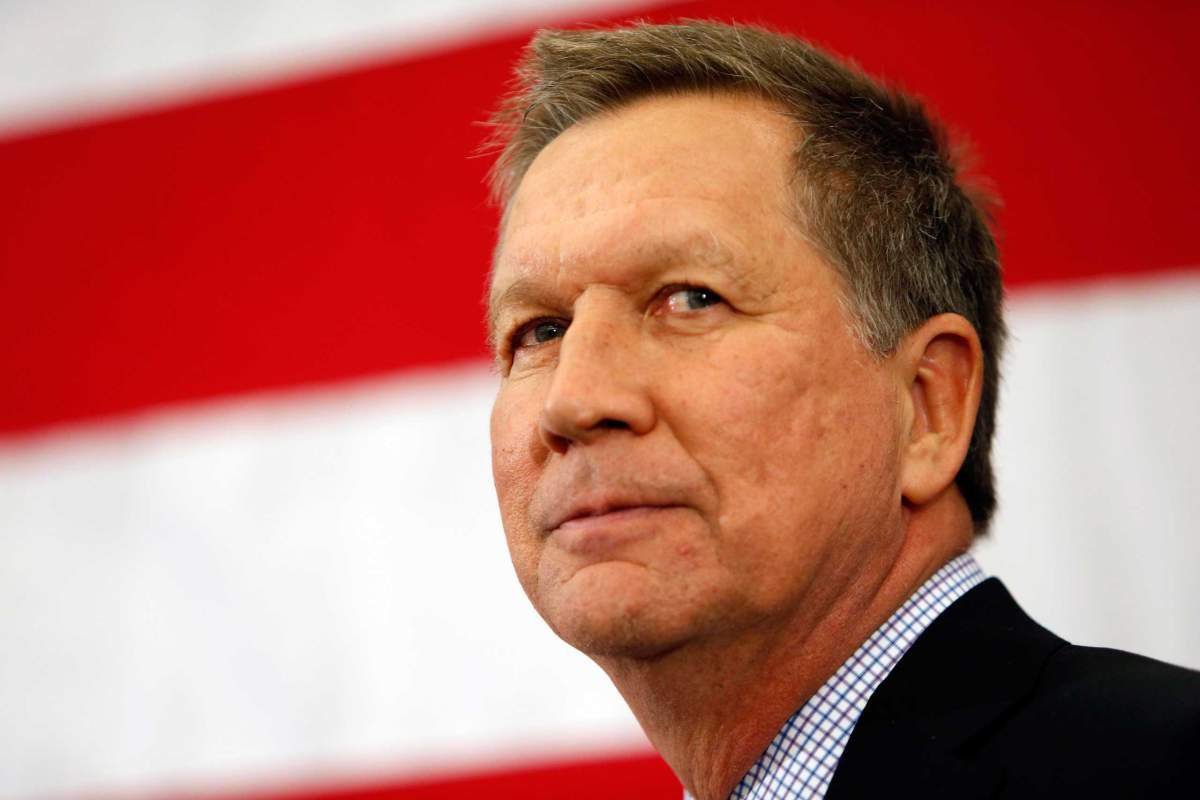 John Kasich is NOT a conservative, don’t be fooled!

There’s a certain group among Virginia Republicans who are supporting John Kasich for President, even trying to convince us that he is a conservative. For a host of reasons, this claim is ridiculous on its face.

First, Kasich tacitly opposes right-to-work legislation in Ohio, stating repeatedly that he won’t push for it. One shouldn’t be forced to join a union to get or keep a job, or to pay tribute to union goons so they can pursue a left-wing political agenda. No conservative should oppose state right-to-work laws.

Also, Kasich supports the federal “Common Core” educational standards. He opposed legislation last year in Ohio that would’ve replaced them with better ones. It is the duty of every conservative statesman to oppose federal mandates in education at every opportunity. Kasich has failed to do so.

Perhaps most galling, Kasich cloaks his support for amnesty for illegal aliens AND his support for Medicaid expansion, in the guise of faith. Every conservative should understand that government is not an outlet for charity, and certainly not a tool to be used to force some to support others. Leave that to the left.

Medicaid expansion is akin to following the federal Pied Piper to an illusory pot of gold in the form of federal dollars (built on the ever-growing federal debt) that run out after a few years. In reality, that course of action amounts to following the Piper right off a cliff. Kasich infamously told a donor that he expanded Medicaid because “Now, when you die and get to the meeting with St. Peter, he’s probably not going to ask you much about what you did about keeping government small. But he is going to ask you what you did for the poor. You better have a good answer.”

As far as amnesty goes, the rule of law should come first, and no reform or amnesty should be contemplated until the border is secured, and the federal government makes a sustained good-faith effort to send home those who have come on visas and overstayed, and those who entered the United States illegally. These positions aren’t remotely conservative.

Kasich has grown the Ohio state budget by roughly 20% in his time in office, higher than most other states during that time-frame.

Kasich is questionable, at best, on gun rights. He got F grades for several years from the National Rifle Association, and helped Bill Clinton pass the 1993 ‘assault weapons’ ban.

Any two of these would make John Kasich a non-starter for me. Taken together, they paint a picture of a progressive Republican trying to wear the mask of a conservative. As such, conservatives should certainly not support Kasich for President, and leave him to the moderates as a backup plan, in case ¡Jeb! Bush implodes completely.

John Kasich is NOT a conservative, don’t be fooled! was last modified: October 6th, 2015 by Robert Kenyon

[…] a word about Republican governors like John Kasich, who took the Medicaid candy from the federal government, and now want the rest of us to continue […]

It is certainly easier to “give” with someone else’s money, but I think God considers each individual’s own personal sacrifice as the worthier gift.

He is the man that balanced the budget nationally and Ohio was a disaster before he became governor. That’s conservative it’s called saving money who cares about social conservative issues? Socially let people do as they please it’s not your business.

[…] Trump, Chris Christie, ¡Jeb! Bush, and to a lesser extent, John Kasich (who is the worst of the lot other than Trump), brag about how we need get back to violating the […]

[…] George W. Bush. No, thank you. Rubio, Trump, Chris Christie, ¡Jeb! Bush, and to a lesser extent, John Kasich (who is the worst of the lot other than Trump), brag about how we need get back to violating the […]

[…] ‘pragmatism’ (read: selling out to the left) and trash conservatives at every turn. As I explained a couple of months ago, Kasich is no conservative, as evidenced by his demeanor, debate performances, and rhetoric. The […]

He is a squish imho….

ok, who is the real conservative seeking the GOP nomination who can actually win?

There is no “real conservative” who can win the nomination. Even if there were, they would loose in the general election.

The ones who are trying to convince you otherwise, are either in it for the money, or, plain stupid and ignorant of reality.

Does it make you people happy if “your person” wins the nomination, and has little if any chance in the election?

Trump and Carson, I do not trust either. But, Carson is starting to really get good at “it”.

The media is going to try to destroy Carson if he is nominated. Can Carson beat them at their own game?

I’ll call that claim and raise, as I don’t believe he is even a moderate. But he does have a phony to the core way of using calls to the bible and accusations of anti-Christian behavior to chastise and defame anyone who may object to his legislative social agenda and policy positions. Reminds me of some others who travel that path but I just can’t quite seem to recall them to memory.

Phony? Why, because only people who use the Bible the way you like are doing it authentically?

Time to step it up a notch Lawerence. What verses in the Bible did Kasich use that were offensive to you?

Is this the same dressing down once again about what Christ said in the Bible about wealth and the rich?

Perhaps, but I believe you would first have to grasp or even remotely understand the context and implication of politicians that use this approach to justify their positions against criticism, which was the sole communication of the comment. I doubt Steve Albertson wants to take on as a part time career activity explaining TBE comments to you and I know I don’t. I stand completely by my original comment and that you can’t write a coherent rebuttal to what was written and intended that’s your issue.

He sounds like a mini-me Obama clone minus the pigment.

Virginians should have been able to recognize Kasich is NOT a conservative by his picked Virginia team.