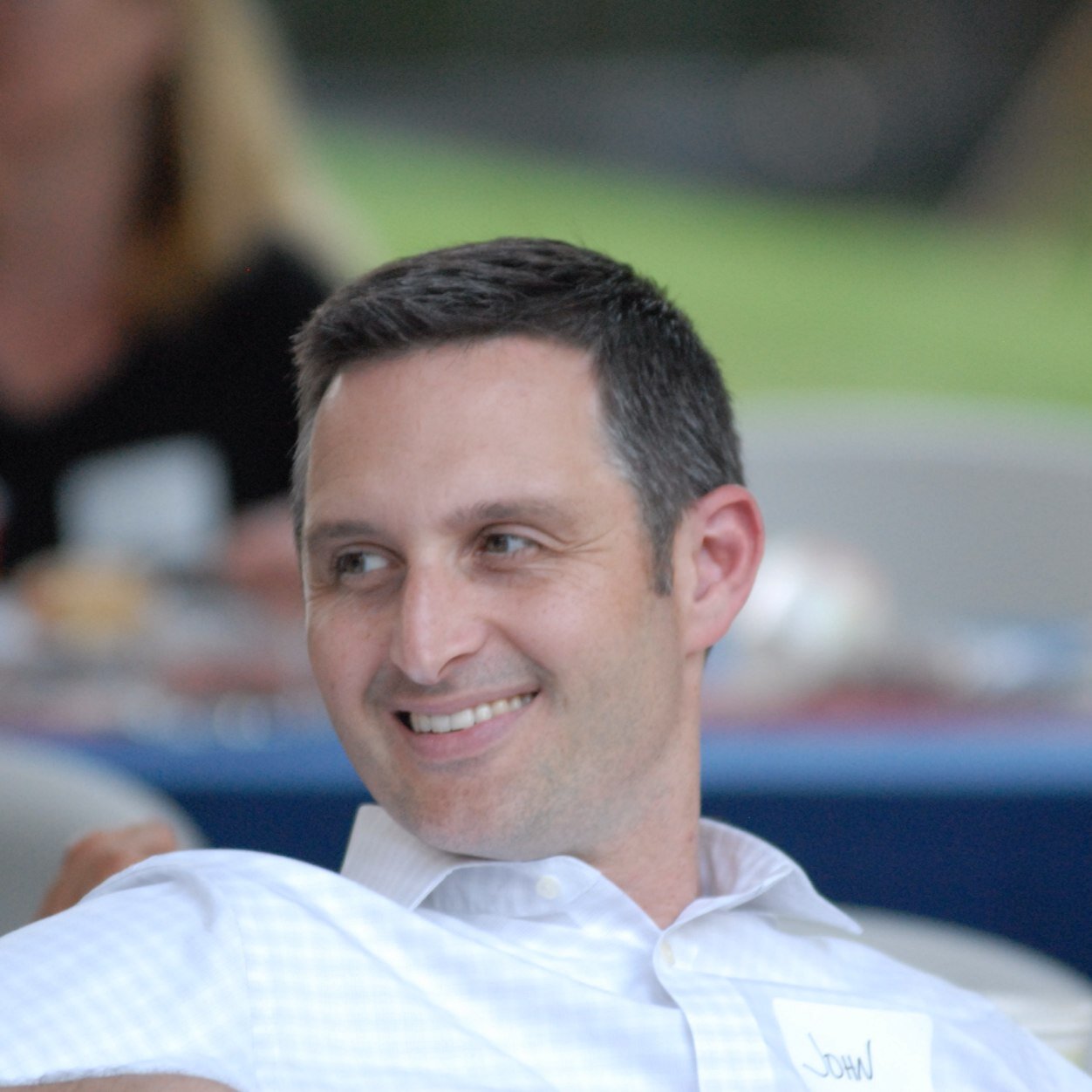 At least two news sources say RPV Chair John Whitbeck is in the running to be the next Republican National Committee Chairman.

Speculation is David Bossie may be Trump’s first choice to chair the RNC. Bossie was Trump’s deputy campaign manager and is a member of RNC from Maryland. Trump will have a say in the new chair as will current chair Reince Priebus who will be going to the White House with Trump as Chief of Staff.  Some say Priebus would never have given up his chairmanship had he not known, and approved of, his successor. Some speculate that Bossie will have a job in the White House, perhaps Political Director. (Isn’t that the job Newt Gingrich has hinted he wants?)

Others being considered for RNC chair from politico.com:

Priebus ally Matt Pinnell, the RNC’s liaison to state parties; and Ronna Romney McDaniel, the chair of the Michigan Republican Party and niece of 2012 nominee Mitt Romney. She bucked her uncle in backing the nominee this year — even penning a November op-ed in the Deseret News in Utah — winning the appreciation of Trump, who has been heard calling her “my Romney.”

Other names that are circulating include Pence adviser Nick Ayers, who worked on Priebus’ transition to run the RNC six years ago; Matt Moore, one of the youngest party chairs in the nation in South Carolina; John Whitbeck, the Virginia GOP chair; and Joe Nosef, the Mississippi GOP chair.

The Washington Post also believes John Whitbeck is in the running for RNC chair:

It would be very exciting for Virginia Republicans to have John Whitbeck chairing the RNC!

John Whitbeck was against Trump behind the scenes. Never happen!

Yeah right, he pissed off more #nevers by being such a ‘Preince.’

Very few worked harder than Whitbeck to elect Trump, they are all equally reviled.

Ridiculous. I see John plenty ‘behind the scenes’ and he was working very hard to elect Trump.

I doubt the RNC will pick anyone from a state that went blue. Let’s remember, no voter in Virginia can claim that they had anything to do with Trump winning.

Will Trump consider the Virginia campaign staff a bunch of losers?

They should. No reason for VA not to deliver… ceptin’ the GOP treasonous enemies within.

I watched Sen. Barrasso’s views on healthcare for people with pre-existing conditions a couple nights ago on TV.

Now, if you are going to punish people who are sick through no fault of their own by denying them affordable healthcare, then why would you reward Republican Party leadership with a promotion in a state that they failed to deliver to the Republican Party?

Your logic is not consistent in that it rewards failure sometimes, but not others.

Perhaps it’s more of a lateral move, necessary to Shak things up in the RPV.

I’m missing some basic knowledge here. Please help me out.

When an RNC chair leaves his/her post, the President (if Republican) appoints a new one. Correct so far?

Does the appointment need approval? By who?

If the President is not Republican, who appoints (or votes for) the RNC Chair?

Once someone is RNC chair, can that person be fired or forced to resign?

Is the process the same for the DNC?

The members of the RNC always elect the Chairman. However, if there is a Republican President, or President-elect, by custom, they elect whoever he wants.

So, in the latter case, no approval needed.

Who are the “members” of the RNC? I donate from time to time but that probably doesn’t give me the right to vote there. Are members those who donate more than a certain amount or are they the heads of each states Rep. Party or ???

There are three members from each state and territory. For Virginia they are John Whitbeck, Morton Blackwell, and Cynthia Dunbar. They are elected every four years.

Of course! I should have known that as I voted for all three. Thanks, again!

That makes at least 150 that meet occasionally for a few hours to ratify what the RNC elite allow.

Maybe that’s why Trump is meeting with Mitt. 😀

I want to hate this notion, but I can’t.

I thought that Carly was in the running.

I thought that too. I guess we’ll have to wait and see.

Meanwhile:
— Japan is most important US ally in Asia
— Japan is home to two carrier battle groups; one fleet; one air force; 45,000 US troops; one Marine division
— Japanese P3’s monitor all Russian fleet traffic from Vlad and Petropavlovsk, including tracking Russian Pacific Fleet boomers
— Japan is home to more US intell agencies that any other country.
— Japan is the logistic base from which we will fight a war in Korea

But, hey, maybe the PM will be interested in buying a bracelet from Ivanka.

Does anyone else remember that old radio show, The Original Amateur Hour?

You’re misnamed, troll. It should be old_pinkneck

Horrible job. I don’t know if he would want it.

It pays very well and has an unlimited expense account. Probably more important to John, he would have to move and would be home with his family every night.

I thought he is a son of the 10th? Not too far for Frank or Babs. He could sublet from LuAnne for those late GOP nights…. cuz Luanne lives in the 10th…. right???

Virginia didn’t win for Trump. Michigan did. What happened to the rumor of the Romney relative who chairs the MI Republican Party?

Yes, she’s mentioned in the post as a possible candidate for Chair.

And they did deliver their state for Republicans.

Incest is best w/these people ya know. I wonder if the country will get away from it?

Mitt’s dad (briefly ran for President, Vietnam brainwashed, not a natural Born citizen) used to be Governor of Michigan, Ronna is like the Suzanne Obenshain of Michigan.

But wouldn’t whitbecks promotion open the door to RPV leadership by the loyalty oath, slating manipulators? Would the first order of business be removing the Trump support from the SCC so a new primary bid could be more successful four years from now?

No. Chairman Shak will be a noble and just Chairman, Cardinal Findlay will see to that.

What makes you think Shak would win over a Thomas or other RPV hack?

They can have Senator Shak, Governor Shak, or Chairman Shak, which would every sane Republican prefer?

Ehhhh… Whitbeck hasn’t impressed me. He hasn’t done very well or very badly. He seems average, maybe too much so for the RNC chairman.

Also, we lost Virginia this round. Virginia has been tracking left, it’s true. But it isn’t a good sign for Whitbeck’s ability to organize that his state went to the wrong side.

Clears the path for Chairman Shak — Strap yourselves in Virginia, it’s going to be a bumpy ride!!

Whitbeck brought RPV back from broke to bristling.. Check the facts.

I know that. He raised funds, but he still didn’t put together an RPV that made any meaningful gains in 2016. That’s a problem. He stabilized the RPV, but that’s all he’s done. Hence the reason I saId he was average.

Being a good fundraiser doesn’t mean you’re a good leader.

“Bristling?” How many seats does that translate to?

a democrat pencilneck to be sure. At least old r is consistent in it’s mealy mouth bs.

Perfect choice . . . he and Bannon can sit around the Old Executive Office Building swapping jokes about Jews, blacks, and women.

Democrat party can’t stand the thought of Prester John running the RNC — he doesn’t roll over like most of our Republican weasels.

You do realize that the accusations of bigotry and anti-semitism are false, just like the swastikas and and hijab stealing claims from dems/Hillaryites?

Sorta like Democrats who sit around swapping jokes about old white dudes?