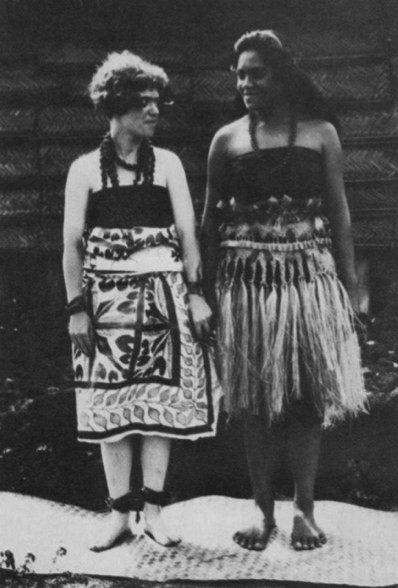 German submariners who survived World War II call 1939-’41 the “happy time.” As electronic gear for detecting and tracking subs was not yet developed, U-boats were romping around the Atlantic, merrily sending British ships to the bottom. U-boat crews were celebrated as heroes when they reached home port, with much manly singing and pretty Fräuleins presenting flowers. It was glorious while it lasted, but few of those heroes lived to tell the tale. By war’s end, upwards of 800 U-boats had been sunk. (An accurate count is impossible to determine, as differing numbers have been published.)

In the surreal world of political “journalism” – I use the term loosely – this is a similar happy time. Almost anything that can be dredged up or invented about President Donald Trump will be taken seriously – possibly even published – by at least part of the chattering class. News organs are running with stories that seem too good (or too bad) to be true, and probably are. It’s wonderful fun, if you don’t care about dumb stuff like common decency, morality, accuracy, journalistic integrity, societal good order and the country’s future. Accuracy schmaccuracy – if something can hurt or even destroy the hated Donald (may the Great Whoever will it!) what’s not to like? Don’t the people have a right to know?

A recent calumny in this vein was a 35-page “dossier” of unverified gossip, leaks and salacious trash prepared by London-based Orbis Business Intelligence, Ltd. – a firm which collects information for business clients looking for dirt on competitors. Among other dubious items, the dossier contains an unverified report that Donald Trump hired prostitutes in Moscow to perform grotesque acts in a bedroom previously occupied by Mr. and Mrs. Obama. The story was just too good to ignore. (Really, it should be true!)

The New York Times, which made it their sacred quest to stop Donald Trump during the past year, refused to carry the flimsy, unconfirmed story, however, declaring that they wouldn’t publish material that they couldn’t stand by. But CNN – desperate to win fame by taking out their arch-enemy – aired the dossier’s most lurid items.

Unluckily for CNN though, the story began to unravel almost immediately. Instead of groveling in abject fear, Donald Trump furiously denounced the story as “fake news,” a “witch hunt,” and a “journalistic disgrace.” CNN got no support from other media organs or pundits, and had to backpedal. (Possibly not their finest hour.) But it’s clear now that all restraints are off. The furies have been let loose. Similar reports will certainly follow. (This just in: Wiccans United can prove that Trump is actually the Antichrist…)

With attitudes as polarized as they are, it hardly matters if a story is eventually debunked. If it can be broadcast loudly enough and often enough, part of the population will believe it. This evokes the halcyon days of the Third Reich, when Propaganda Minister Josef Goebbels based the Nazis’ entire political strategy on this very technique. We now call it The Big Lie.

Eventually, Hitler and his gang of varlets believed (and were ruined by) their own Big Lie: i.e., that Jews were the evil source of every ill in Germany and the world. I concur with historians who say Hitler fatally weakened his entire war-effort against the Soviet Union with his deranged Final Solution project against the Jews, which drew off thousands of soldiers, wasted untold resources, and robbed the Reich of many of its most accomplished and useful citizens. But I digress…

The basic problem with trying to bring down Mr. Trump with sensational disclosures and lies is that he’s already a well known public figure – a TV personality and a world-famous businessman with few secrets. His life has been an open book for decades. His business-dealings and love-life are well known. (A raging heterosexual in the White House! My god, has it come to that!? It’s also reported that he matriculated as a teen.)

All this was already baked into Mr. Trump’s public persona by the time of the election. It carries no political punch. Millions of Christians were well aware of his personal shortcomings. They knew he was no Sunday-School teacher, but they were willing to support him as long as he did the job he promised to do.

Frustrated by the failure of the smear-tactics they have always used to destroy milquetoast Republicans, reporters and political operatives have turned to desperate measures. (As they say in the ‘hood, they’re graspin’ at [stuff] now…) Since no details about Mr. Trump’s actual past or present life have taken him out, they are running with “unverified reports” which, in many cases, are outright lies.

Of course, reporters are well acquainted with “invented” stories. Some past reports – including “scholarly” books – turned out to be made of whole cloth. Margaret Mead’s sensational 1928 book, Coming of Age in Samoa, about the wonderful free-love paradise she found there, instantly made her the most famous and influential anthropologist of the 20th century.

Overnight her reputation was established as a pioneer whose revolutionary findings would move the sexually repressed West into an enlightened new age of love, joy and peace. For a half-century she helped refashion attitudes on nearly every social issue. It was the true dawning of the Age of Aquarius.

It’s no exaggeration to say that Mead’s “research” and writing profoundly influenced our laws and behavioral mores – including abortion, no-fault divorce, redefinition of marriage, acceptance of homosexuality and trans-genderism, feel-good situational ethics, and hostility toward Christianity. She convinced the Western intelligentsia that casual sex was the only legitimate expression of sexuality. They welcomed her with open arms.

But Ms. Mead’s findings were ultimately revealed as complete rubbish. Her picture of Samoa as a veritable Eden of carefree sexual freedom was debunked by anthropologist Derek Freeman, who showed it to be totally wrong. He methodically detailed how nearly every assertion made by Mead was either false or a severe distortion of the facts. Dr. Freeman wrote: “The main conclusions of Coming of Age in Samoa are, in reality, figments of an anthropological myth which is deeply at variance with the facts of Samoan ethnography and history.”

Dr. Freeman illustrated how Mead had misrepresented Samoan sexual attitudes and practices, both before and after Christianity’s arrival in 1840. Instead of a society built on promiscuity, the Samoan civilization was actually based on the veneration of virginity – a devotion reinforced by Christianity after it came to the island. Ms. Mead saw what she wanted to see in Samoa. And her subsequent writings clearly reveal her animus toward Christianity’s “repressive” influence on American society.

Margaret Mead died in 1978 with her fame still intact. Derek Freeman’s rebuke of her flawed claims came out in 1983, but by then the damage was done – to places far away from that little island. The harm caused by her much-lionized “fake news” was beyond repair. (What was that, again, about women having no power in our society?)

Other reportorial stretchers have been more personally self-serving and probably less damaging to society. To enhance his “rep” as a man of action, newsman Brian Williams famously claimed that his helicopter was hit by hostile fire in Iraq. Although his report was shown to be false, his employer, NBC, let it slide. But when his dramatic claim of watching bodies float past after Hurricane Katrina was also debunked, his credibility and his high-profile job went “poof.” (Fake news had not yet reached full flower.)

Politicians also favor “enhanced” reports (starring themselves). An exhaustive listing is impossible here, but a few examples will illustrate the point. Hillary Clinton has told some famous whoppers, including the story that she landed in Bosnia under sniper fire in 1996. She said, “There was supposed to be some kind of a greeting ceremony at the airport, but instead we just ran with our heads down to get into the vehicles…” (Late-night comics joked that Mrs. Clinton probably took out several of the snipers herself.) The tale was finally debunked by a video showing Mrs. Clinton accepting flowers from a little girl on the tarmac of the Bosnian airport, with no sniper fire going on.

Mrs. Clinton also had long-claimed that she was named after Sir Edmund Hillary, the famed conqueror of Mr. Everest. This finally got the horselaugh when someone noticed that Mrs. Clinton was born in 1947 – six years before Sir Edmund led a team to the top of the world’s highest mountain. (As others have observed, this was a lie of no value.)

Americans might have thought the Big Lie was dead and could never threaten us. But they were wrong. It was only sleeping, and now it has awakened – like a “genie” released from a bottle. Journalists of the once-honorable Fourth Estate seem to think it’s an amusing and useful pet that can grant all their wishes. They don’t realize (or don’t care) that it’s really an evil genie – a ravening, uncontrollable monster that could destroy not only their profession but the country. We all need to wake up before it does.

Abraham Lincoln said no foreign enemy could, in a thousand years of trying, take a drink from the Ohio River. He warned: “If destruction be our lot we must ourselves be its author and finisher. As a nation of free men we will live forever or die by suicide.”