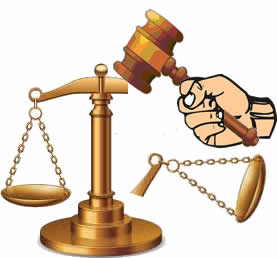 It was pretty much a forgone conclusion that a liberal judge somewhere would issue a ruling against the latest effort by the Trump administration to implement a travel ban from middle eastern countries.  With the first ruling we made it easy for them as the administration’s “Ready, FIRE, Aim” strategy applied the ban to Green Card holders and Legal Permanent Residents.  That gave the left a nice big legal hook to hang their hat on. The White House, after losing at the appeals court level, wisely went back to the drawing board.

This time, however, the Trump administration did their homework and did it right.  They consulted the Justice Department, reviewed the law, and created an iron-clad executive order that reflected the will of the Executive Branch, using powers that have clearly been delineated to the President and have been exercised by Presidents of both parties in the past.  The result when brought before the courts again?  As expected, another liberal judge provides another ruling against the President.

I won’t go through a detailed analysis of the judge’s ruling.  Anyone interested can read TBE’s Dave Webster and his excellent analysis.  What concerns me more than the arguments Judge Watson makes to defend his ruling is the fact that Judge Watson’s ruling was a predetermined decision in search of a rationale.

It is pretty clear that Judge Watson had already decided to rule against the travel ban before he had even heard arguments. You don’t produce a 43 page opinion mere hours after hearing oral arguments if you haven’t already made up your mind ahead of time. The weakness of his reasoning confirms that he was looking for any excuse to back up his predetermined decision. This goes to the heart of the liberal philosophy to the judiciary, which views the courts as a way to make policy and advance political causes instead of interpreting the law.

Article III of the Constitution provides the foundation for our judicial system and envisions their power as neutral arbitrators, not rule makers. Their role is similar to that of a baseball umpire, or football referees.  They are not the ones who create the rules by which the game is played.  They are simply there to make sure the players follow the rules as they are written.  Conservatives are generally comfortable with this “follow the rules” role of the judiciary.  Liberals, on the other hand, are not. Liberals believe that a judge should use their power to “change the world.”  They want judges to make the laws conform with their own political beliefs. They believe social and political changes that were unable to win popular support at the ballot box and with the elected legislatures, can instead be implemented by a “progressive” judiciary.  The inherent danger to our Country is that they are not wrong.

Contrary to popular belief, a judge is not limited on how they can rule.  Oh, we like to think that judges are limited by the law, or constrained by precedent.  Legally, however, there is almost nothing that prevents a judge from ruling exactly the way they want to, no matter what the law says.  With a lifetime appointment and nearly zero oversight, the only thing that constrains a judge in their rulings are their own character (or lack thereof), and the philosophy that governs their beliefs. Simply examining the ruling of Judge Watson against the Trump travel ban proves my point. His grant of standing for the state of Hawaii in this case is ludicrous.  His rationale for declaring this order to be a Muslim ban relies not on the text or actual effect of the order itself, but on unrelated campaign statements.  Judge Watson’s entire ruling is based on irrelevant and incorrect stances, but he doesn’t care.  For Judge Watson, this is not about the law.  It is about stopping a political opponent.  It’s about building up his liberal credentials the next time a Democrat becomes President and is looking for a potential Appeals Court or Supreme Court nominee.

The only real danger a judge faces is being overturned on appeal, but that is a risk any activist judge is always willing to take. In the case of Judge Watson’s ruling, the case goes back to the loony 9th Circuit which has already ruled against the first Trump travel ban, and shows every indication they will do so again.  The 9th Circuit itself is the epitome of judicial activism. Dedicated to handing down rulings that advance liberal causes, the 9th has had more decisions overturned than any other court of appeals in the country.

This lack of respect for the law shown by Judge Watson and the 9th circuit validates every criticism Conservatives have ever leveled at the left and their judicial activism.  It has caused people to lose trust in an impartial legal system, and that lack of trust is a very dangerous thing when civil society depends on respect for the rule of law.

There needs to be a real reform of the federal judiciary.  Congress has the power to determine the scope and reach of any of the courts below the Supreme Court.  Article III, Section 1 of the Constitution states, “The judicial Power of the United States, shall be vested in one supreme Court, and in such inferior Courts as the Congress may from time to time ordain and establish.” The power, jurisdiction, and terms of office for federal circuit and appeals courts come from Congress, and Congress can change them if they so choose, and the first thing that should change is an end to lifetime appointments.

I don’t believe we should have judges stand for election.  That would completely politicize the judiciary that has already become far too political, but I do believe a lifetime appointment is far too long.  I believe a term of office of 10 years or so, similar to the FBI Director of the Chairman of the Fed, would be preferential.  It would help level the playing field between the three branches of government, giving the Executive and the Legislative Branches a chance to review the decisions of judges and replace ones that do not adhere to the role of neutral arbitrator.

Forcing judges to defend their decisions in order to hold onto their jobs for another term would take away some of the incentive on the left to engage in judicial activism.  Men and women looking to hold onto their power and position would think twice about ignoring the law in their rulings if they knew they could lose that gavel and those black robes for taking the law into their own hands.

The lifetime appointment was designed to free judges from basing their rulings on the pressure of politics.  Instead, it has provided cover and protection for the worst kind of political activism, and it is high time that protection was stripped away, and judges were held accountable to the people for their actions.