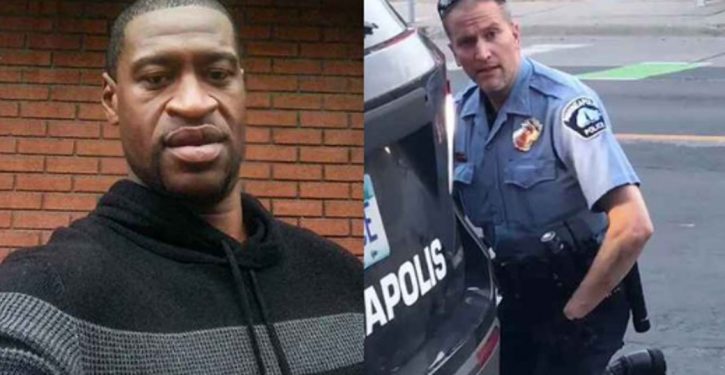 Jumping to conclusions about police killings

Most police killings occur for reasons unrelated to race. Most people killed by police in America are white â€” not African-Americans. For example, Daniel Shaver was white. He was shot and killed while sobbing and pleading for his life, and trying to comply with confusing orders from the police. The cop who killed him was terminated, but later reinstated just long enough to qualify for a taxpayer-provided pension.

Most people killed by the policeÂ haveÂ a weapon and pose a threat to the police or innocent third parties. The number of unarmed people killed by the police is much smaller. In 2019,Â 9 unarmedÂ black people wereÂ shot and killedÂ by on-duty police officers,Â compared with 19 whites. Victims remainÂ mostly whiteÂ if you expand the tally to include off-duty police officers and deaths from causesÂ other thanÂ gun shots.Â Mapping Police ViolenceÂ recentlyÂ countedÂ 28 unarmed blacks and 51 unarmed whites who died at the hands of police in 2019.

But the media, progressives and political activists often leave the misimpression that the problem is entirely racial. In its â€œFriday briefingâ€ to readers like me, the New York Times wrote, â€œIt can often feel like nothing changes with police killings. Gruesome, high-profile cases keep coming â€” Eric Garner, Michael Brown, Freddie Gray, Breonna Taylor, George Floyd, now Manuel Ellis.â€ Each of the six dead people it lists is African-American, even though most police shooting victims are white.

The Times lists Michael Brown, but there is no reason to think that his killing was racial in nature. The Washington PostÂ reported in 2015Â that â€œFerguson police officer Darren Wilson was justified in shooting Michael Brown,â€ according to the Justice Department. As the St. Louis Post-DispatchÂ reported, â€œIt was reasonable for police Officer Darren Wilson to be afraid of Michael Brown in their encounter last summer, a Justice Department investigation concluded, and thus he cannot be prosecuted for fatally shootingâ€ Brown. AnÂ 86-page reportÂ by the Justice Departmentâ€™s Civil Rights Division found that both physical evidence and â€œcredibleâ€ witnesses supported Officer Wilsonâ€™s version of an event that triggered looting and rioting in Ferguson.

But progressives â€” and even the Libertarian Party â€” persist in depicting Officer Wilson as a murderer. The Libertarian Party recently listed â€œMichael Brownâ€ and his death as an example of â€œsystemicâ€ racism and â€œextrajudicial killings, and blatant violence toward black communitiesâ€Â by police. Many libertarian criminal justice activists falsely peddled the claim that Michael Brown was shot as he surrendered with his hands up. This â€œhands up, donâ€™t shootâ€ claimÂ was later debunkedÂ by the Obama Justice Department, but only after it was widely peddled onÂ CNNÂ and other liberal media.

The Libertarian Party also jumps to conclusions in assuming that disgraceful police killings like the murder of George Floyd in Minneapolis are due to race. A study by the black Harvard economist Roland Fryer found that police killings are not primarily due to racism, and racism does not play a significant role in police shootings nationally.

The Chairman of Libertarian National Committee, Nicholas Sarwark,Â approvingly retweetedÂ a statement by Ben & Jerryâ€™s claiming that â€œthe murder of George Floyd was the resultâ€ of a â€œculture of white supremacyâ€ and the â€œpredictable consequence of a racistâ€ system. But two of the officers charged in George Floydâ€™s death are themselvesÂ minorities: Alexander Kueng, who has an Asian-sounding name but identifies as black, and Tou Thao. As such, they are unlikely to be â€œwhite supremacists.â€ Minnesota has a hate-crimes law that heightens penalties for racially-motivated crimes, but none of those involved in Floydâ€™s killing have been charged with a hate crime because there is currently no evidence that it was committed based on race. So Sarwark seems to be jumping to conclusions.

â€œWhite officers are no more likely than black or Hispanic officers to shoot black civilians,â€ notes the Manhattan Institute. Nor are minority officers any less likely to commit police brutality: Five of the six officers involved in a notorious recent police brutality case in Atlanta are black. Washington, D.C.â€™s police department has historically killed civilians at a much higher rate than New York Cityâ€™s, even though Washington had a much higher percentage of black officers. As the Washington Post noted in 1998, â€œThe District of Columbiaâ€™s Metropolitan Police Department have shot and killed more people per resident in the 1990s than any other large American city police force.â€

Sarwark also downplays the harms of rioting and looting,Â saying,Â â€œIf seeing people looting stores makes you more upset than watching a cop kill a black man, please work on yourself.â€ But looting canÂ take far more lives than a police shooting. People are sometimes murdered by looters, like David Dorn, the black retired police captainÂ shot to deathÂ by looters in St. Louis on Tuesday. Looting also increases the death rate by wiping out businesses that provide needed employment and high-quality health insurance for their employees. It plunders pharmacies and other businesses that provide life-saving necessities. Riots in predominantly black areas can economically devastate those areas and increase unemployment for years, as happened in Detroit. Michael BaroneÂ describes howÂ he â€œsaw rioting in the name of justice destroy a city for decades.â€ A devastated economy contributes to despair, drug addiction, and early deaths.

Instead of downplaying the harms of looting, people concerned about saving black lives should push for reforms that actually save lives, like repealing state laws thatÂ make it hard to fire abusiveÂ police officers. Derek Chauvin, the police officer most responsible for killing George Floyd, remained a cop even afterÂ at least 18 citizensÂ filed complaints against him alleging past misconduct. Minnesota has a union-backed law that makes it veryÂ hardÂ to fire bad police officers.

Cutting police funding may leave the police without the manpower needed to investigate and arrest many violent criminals. It is often harder to investigate murders in poor black neighborhoods, where witnesses fear retaliation. For example, Chicago solves 47% of cases when a murder victim is white, but only 22% of cases when the victim is black.

When criminals are arrested and jailed, that reduces the crime rate. The National Bureau of Economic ResearchÂ discussesÂ how â€œsentence enhancements reduce crime,â€ byÂ keepingÂ â€œrepeat offendersâ€ off the streets. Criminal penalties also save lives by deterring murder. As theÂ Associated PressÂ notedÂ in 2007, â€œEach execution deters an average of 18 murders, according to a 2003 nationwide study by professors at Emory University. (Other studies have estimated the deterred murders per execution at three, five and 14).â€

Removing police from black communities increases the death rate there, because black murder victims are usually killed by other black people in the same community.Â Eighty-nine percent ofÂ black victims are killed by black offenders, accordingÂ to the FBI.