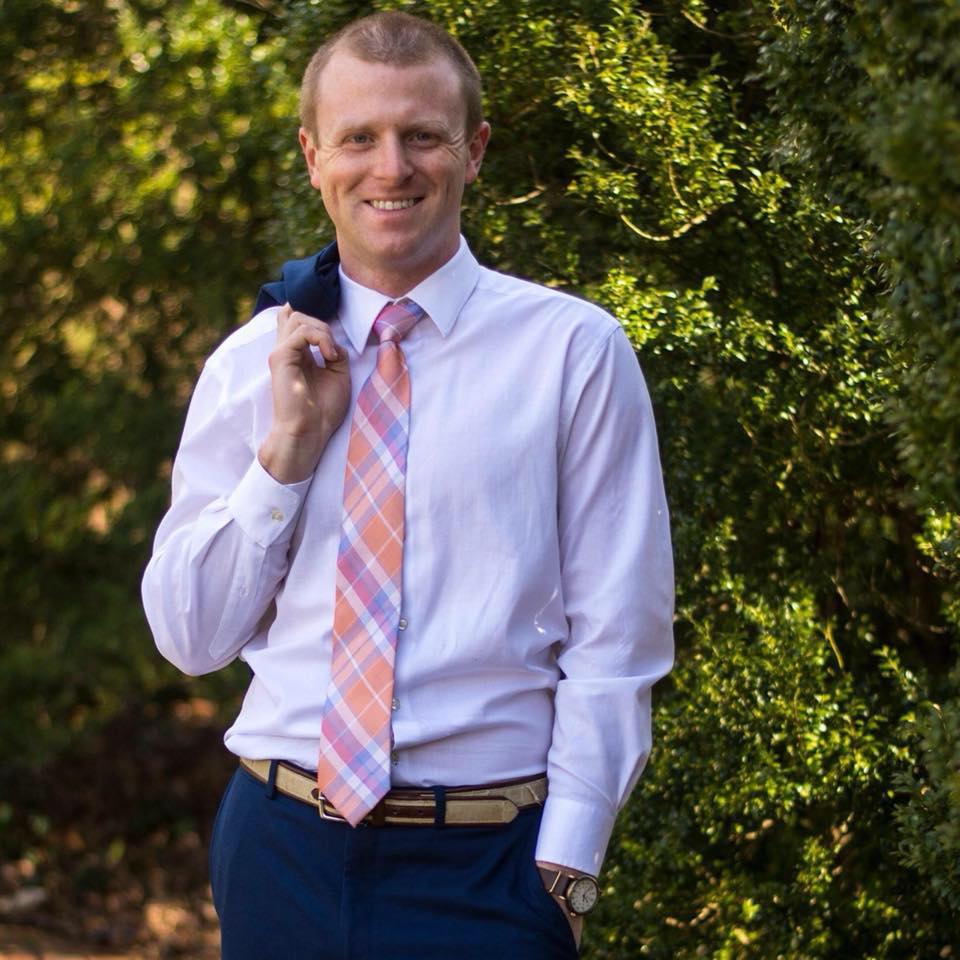 Just Win, Baby! My Case For Drafting Zach Werrell To Be RPV Chair

With his unexpected announcement at yesterday’s SCC meeting in Richmond, RPV Chairman John Whitbeck issued his resignation and set July 21st as his last day in what is a thankless, volunteer position. Now it will come down to the State Central Committee to determine who will fill the role of Chair for the duration of Whitbeck’s term, which expires at the next statewide RPV Convention in 2020. A multitude of names have been floated as potential replacements, with many of them being solid choices with strong ties to the Party. I write this as an endorsement for an individual who has yet to declare any intent to seek the Chairmanship, and he may never choose to do so, but he embodies a series of traits that the RPV needs in a Chair at this time. After taking these factors into consideration, I hope you’ll join me in my efforts to draft Zach Werrell into the running for RPV Chair.

1. Werrell Knows How To Do Exactly What The RPV Needs Right Now: Just Win, Baby!

The elephant in the room (pun intended) at every SCC meeting, state convention, and nearly a decade of RPV Advances has been the fact that the Party has not won a statewide election since Bob McDonnell secured the Governorship in 2009. Not only have we lost back-to-back runs for Governor, Lieutenant Governor, and Attorney General, but we have come up short in back-to-back runs for U.S. Senate in 2012 and 2014, for President in 2012 and 2016, and to add insult to injury, we lost a significant amount of Republican representatives in the House of Delegates in 2017, with our majority in the House coming down to picking a name out of a jar. The Republican Party of Virginia, for a myriad of reasons, has lost its way when it comes to carrying its weight and pushing our nominees across the finish line. If it’s the candidates’ job to craft their message, the local units’ job to activate members, and the voters’ job to pick our nominees, the role of the RPV must be to do what’s necessary to put those nominees into elected office. That is where Zach Werrell comes into play.

​For those who don’t know, Werrell came onto the scene in Virginia in a major way when serving as Dave Brat’s Campaign Manager throughout his historic 2014 Congressional Primary victory against then-Majority Leader, Eric Cantor. Zach went on to assist local candidates in Virginia and out of state, but returned to the Congressional Winner’s Circle in 2016 when he served as then-State Senator Tom Garrett’s Campaign Manager throughout his nomination and record-setting general election victory. Now, in 2018, Zach’s consulting has resulted in Del. Ben Cline’s first-ballot victory in the Sixth Congressional District, Denver Riggleman’s nomination to replace Rep. Garrett in the Fifth Congressional District, and Del. Nick Freitas ballot access on the first day of filing and a narrow, but remarkable, loss for the U.S. Senate nomination in June. Simply put, Werrell has a history of being with campaigns from Day 1, when funding is limited and infrastructure is non-existent, and launching these campaigns into significant positions. That is not due to a stroke of luck and it isn’t simply because Zach knows which horses to bet on, it’s because he has a check on the ideological pulse of Virginia’s Republican electorate, he knows the intricacies of all facets of a campaign, and he knows how to distinguish his candidate from the opponent in a fashion that produces major results. There is no other person in the Party or the Commonwealth who has seen such a streak of success at this level in such a limited amount of time. Simply put, if the Party is looking to win (and that is truly what it needs to be focused on in these critical times), Zach Werrell knows how to do it. Which brings me to the second point…

2. Werrell Provides Us With An Opportunity To Reconfigure The RPV As A Campaign Machine That Works With, But Independent Of, Our Nominees

In many respects, the RPV is hamstrung when compared to other state parties or the RNC, in that the Commonwealth of Virginia allows for unlimited campaign contributions to state candidates. This results in most donors sending their resources to individual candidates of their choice rather than the Party, and most would agree that the candidate’s campaigns are more efficient in this system. They can be flexible in crafting their message, developing a platform, and hiring staff to meet the needs of their particular race, whereas the Party itself remains governed by a Committee with a Chair who cannot unilaterally wade into the same areas of policy or strategy. Because of this and other factors, the RPV has become an overlay of our elected officials and the campaigns of our nominees. Though understandable in many respects, this strategy has proven that it will not work and must be reconfigured.

Rather than merely assuming the identity of our Congressional, Senatorial, Gubernatorial, or Presidential nominees, the RPV needs an infrastructure that will advance the Republican Creed and our Party’s Platform in ways that the candidate may not be able to. Rather than always running the candidate’s race and enabling a cult of personality, the RPV needs to aggressively run the Party’s race instead. The ideological spectrum of Virginia’s electorate and the Republican Party is so vast that most nominees struggle to attract every aspect of the GOP. The factor that makes a candidate strong in Northern Virginia may be the exact same that makes them weak in Southwest, and vice versa. That is where a seasoned campaign manager and consultant comes in to play.

Werrell has the experience to creatively identify weaknesses in a campaign or candidacy and can buttress them by promoting the RPV and our core values in a way that resonates with a voter who may otherwise be turned off by our candidate. He knows how to engage volunteers, qualified staff, and breakthrough technology that produce results. Too often, the RPV has relied on the RNC or the directive of the campaigns to determine which way to move. Though useful in some instances, it may not always produce the long-term results we need to build a Party infrastructure. Werrell knows whether our data platform is effective, whether our message is resonating, whether our field organization is working, and whether our volunteers are energized. Rather than serving as a place-holder for the next campaign or candidate to come use use at their disposal, Werrell can recruit, train, and build an infrastructure that works independently from, but complementary to, the campaigns. Not only will this provide a framework for electoral victory, it will stabilize the Party so that it can grow beyond the next electoral cycle.

3. Werrell Is Well-Connected To The Grassroots In The Geographical Areas Where The RPV Must Hold The Line.

The headline here should be obvious, but Werrell’s success has been in the 5th, 6th, and 7th Congressional Districts. Though he hasn’t served as the Chair of a Congressional District or a local Unit, the role of RPV Chair is uniquely different…or should be. With the loss of members in the General Assembly, we cant afford to lose our Congressional or State Representatives in the Central VA & Richmond areas bordering Democratic Northern VA. Werrell’s campaign history has always been led by the grassroots, volunteers, local committee members, and regional donors, meaning he knows the personalities, issues, and concerns in the backbone of our GOP. As the Majority Party (no matter how small that majority may be) we must continue to hold the line where we have Republican representation and then look to expand our margins to where they once were. Werrell knows how to win in those key areas and knows exactly who to work with to get that done.

4. The Republican Party Is Getting Annihilated By Its Generational Divide & Enthusiasm Gap…Werrell Can Fix That

It’s not just that Werrell is 27 years old that makes him a unique choice, it’s that his messaging and branding tactics attract young voters and volunteers, he’s fluent in digital and social media, and he knows how to deliver fundamental Republican principles in a manner that resonates. There is some truth that such a young Chair would be radical, but it would be radical in all of the right ways. Our nation was founded by a handful of late-twenty-somethings and early-thirty year olds choosing to step into the fray on behalf of core republican values. It’s going to take the same thing if we’re go going to right this ship in the RPV and start winning again…otherwise the Party, The Commonwealth, and our nation is going to go down a bad path. Werrell is a young face with energy and wit, has been on national media and syndicates, and knows how to hold his own. He’s not the traditional Millennial that so many Conservatives have grown accustomed to in the news. He’s not one that goes-along to get-along at the expense of Republican values and principle either, but has shown to be strategic and successful when choosing to take necessary stands on behalf of our fundamentals.

5.* This one is for those who may hate him: Werrell’s Opponent Will Only Be The Democratic Party & Democratic Nominee…Meaning He’ll Always Be In Your Corner & Never Working Against You

The biggest knock on Werrell actually becomes an asset for his detractors if he becomes the RPV Chair. Many of the strongest activists and consultants have found themselves as Werrell’s political opponents in nomination battles throughout Virginia. As in most heated races, dozens of opponents may claim him to be overly aggressive, they’ll claim he’s used dirty tactics, or that he’s consorted with the devil on his way to victory. Without getting into the merits, objectively realize that those claims are made ad nauseam in politics, especially in recent times, as personality and politics become intertwined time and time again. Nevertheless, if you’ve found yourself to be a Werrell detractor, now is the time to join forces and unify against our common enemies. He’ll no longer be involved in your primaries or conventions, but rather the general election. Transfer your ire to the Democrats, bury the hatchet, and let’s get this back on track.

Yes, Werrell would need to step out of most aspects of Virginia political consulting. Nevertheless, I hope you’ll join me in drafting him into this race so we can focus on RPV Goal #1: Just Win, Baby!

Elliott Harding is an attorney in Charlottesville, VA, the former Legislative Director & Counsel for Rep. Tom Garrett, and former Chairman of the Albemarle GOP. He currently serves as the Young Republican Representative on the Fifth District Committee.