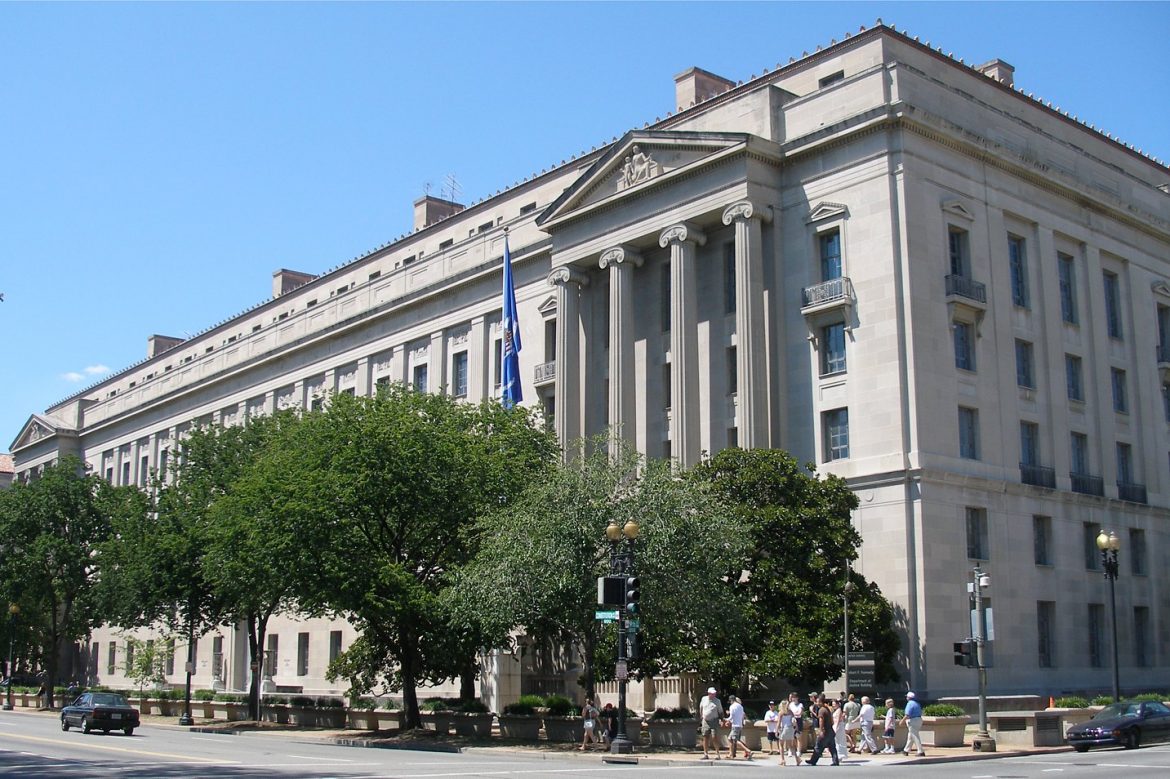 “More importantly, perhaps President Trump can be a facilitator that helps to re-educate citizens and reboot the concept of justice and the structure of the rule of law as foundational; that every citizen is called to its defense and is worthy of its protection. In the President’s experience, the injustice clarifies the meaning of justice to all of us, as Aristotle taught.”

There is a core of founding distinctives – the nation’s crown jewels if you will – that make America the spectacular success and exception of human liberty in the last 5,000 years.

In spite of that success, for decades now, those principles have suffered unrelenting, systematic assault by socialist radicals, anarchists, and the social dictatorship bubbling up through the educational and media industries, and now joined by their transnational corporate partners.

One primary target of those assaults is the concept of justice, and the rule of law – the structure around the body of justice.

I write here with care. The debate and definition concerning the nature of justice in human affairs reach across the ages to the ancient Hebrews, Greeks, and Romans, and has been deliberated upon by many of the greatest minds who have passed through history. Likewise, the debate concerning the primacy of justice vs. the rule of law remains contested.

While I claim no specific expertise in these matters I do have a practical and political perspective, informed largely through my understanding of Scripture, history and the writings of our Founders.

In the Western World and specifically the new America, justice traditionally carried a popular meaning, generalized by the Biblical understanding of individual righteousness, mercy, and virtue, and the classical notion that there are a hard-wired moral order and subsequent responsibility common to every person.

This concept of justice was always at war with the strongman, the tyrant, and now in this era, the Marxists, humanist, and modern-day sophists for whom power alone defines justice and its structure.

Between these two concepts of justice, and by association, the rule of law, a gigantic free-for-all has broken out – whose resolution will sustain or re-make the United States.

Despite its imperfections and failures, the Constitutional order of justice and the rule of law taken as a whole has produced for individuals the most equitable and effective provision of justice in human history; which for the radicals means that the rule of law must be upended and perverted.

Consequently, the radicals are using the courts themselves as a battering ram challenging the structure of the rule of law, as exclusive, discriminatory and inequitable, in an attempt to reshape and redefine rights based on their corrupted definition of “equality.”

After relentless assaults over the years, the diminished place of the rule of law is well-established in the courts, themselves increasingly expanding their political reach into the vacuum left by Congress. And the weakened condition of the rule of law has also crept into the administrative state – the behemoth, fourth branch of government – that has become a de facto lawmaking, and law-breaking, body outside the control of voters and traditional legal boundaries.

Finally, the hobbling and corruption of the rule of law has worked itself deep into the culture. It a problem as old as history, of course. When logic and reason are rejected, credibility ignored, and emotions exalted as the god of the age, you end up with cultural and social absurdities being paraded around as innovative “progress,” and the unsure application of justice disrupting the public’s trust.

The new poster-child for the collapse of the rule of law is the two-and-a-half-year scandal over the attempt by top officials in the Department of Justice, the FBI and the CIA (at minimum) to stop the election of Donald J. Trump and failing that to remove the new President of the United States from office.

These are not even assertions at this point, based on the testimony, documents, internal texts, emails, phone transcripts, fake reports, and the personal notes of the perpetrators already made public. And yet, even with such a monstrous crime, it seems this too may slip into the dustbin of emotion and bureaucratic face-saving – swept away with the rule of law.

Last week the DOJ Inspector General released a scathing 83-page report on disgraced former FBI Director, James Comey, fired by President Trump for lying to Congress in sworn testimony, among other things. The report cataloged the former director’s flagrant disregard for the truth, the law and FBI regulations, for which other FBI employees have been prosecuted.

But evidently, Mr. Comey will escape any consequence for his actions.

Meanwhile, Attorney General William Barr appointed U.S. Attorney John Durham to look into the placement of one or more spies in the Trump campaign, a fact at first denied but recently confirmed by the FBI’s internal documents. Still to be determined is the legality of four specific FISA warrants issued to track and eavesdrop on American citizens, knowingly presented to the FISA court based on the already internally discredited Steele dossier, paid for by Hillary Clinton’s campaign with money routed through a premier Washington law firm.

In light of Mr. Comey’s slipping the lease of responsibility for his actions, a reasonable question is; will anyone be held to account even for fraudulent misrepresentation to a court to end-run the law?

Scarcely mentioned in the media and political debate is the breathtaking lawlessness of all of these actions combined. If the rule of law mattered so little to the most senior officials in the FBI, DOJ, and CIA – all sworn to defend the Constitution and uphold the law – then how can their actions not reinforce the public’s perception that there is one set of laws for them, and rules of convenience for the ruling class in Washington? Is justice denied not justice lost?”

There isn’t any way to measure the degree to which the lawlessness at the top of the DOJ, FBI, and CIA affects the actions or performance of the rank and file of these agencies. However, common sense suggests it can’t help but weaken these organizations and encourage the same type of behavior at other levels.

The Department of Justice and the FBI, of course, are the two organizations that already have decades-old management problems, and have demonstrated terrible judgment in applying the rule of law. They have an extensive history of botched investigations, political show-trials, withholding exculpatory evidence, and inept law enforcement actions, with very little accountability.

Realistically, it’s difficult to take a dysfunctional organization and create a functional one from the same bones, just like it’s challenging to take a dysfunctional person and turn them into a functional one. It’s hard to imagine that either the Justice Department, the FBI or the CIA can reform themselves in the short term. The overhaul would be too painful. Congress, of course, is too busy with fundraising and political preening. That leaves the President.

Perhaps President Trump’s experience here will provide him with a unique perspective and motivation that can lead to the start of fundamentally remaking of these organizations.

More importantly, perhaps President Trump can be a facilitator that helps to re-educate citizens and reboot the concept of justice and the structure of the rule of law as foundational; that every citizen is called to its defense and is worthy of its protection. In the President’s experience, the injustice clarifies the meaning of justice to all of us, as Aristotle taught.

It is a unique opportunity to lead a long-overdue public discussion on God-ordained rights, original principles, and American exceptionalism.

[…] Nowhere is this more evident than in the application of justice and the fraying of the foundational concept of equal justice for all – the rule of law vs. the rule of the elite (read more in Justice Denied, Justice Lost here). […]