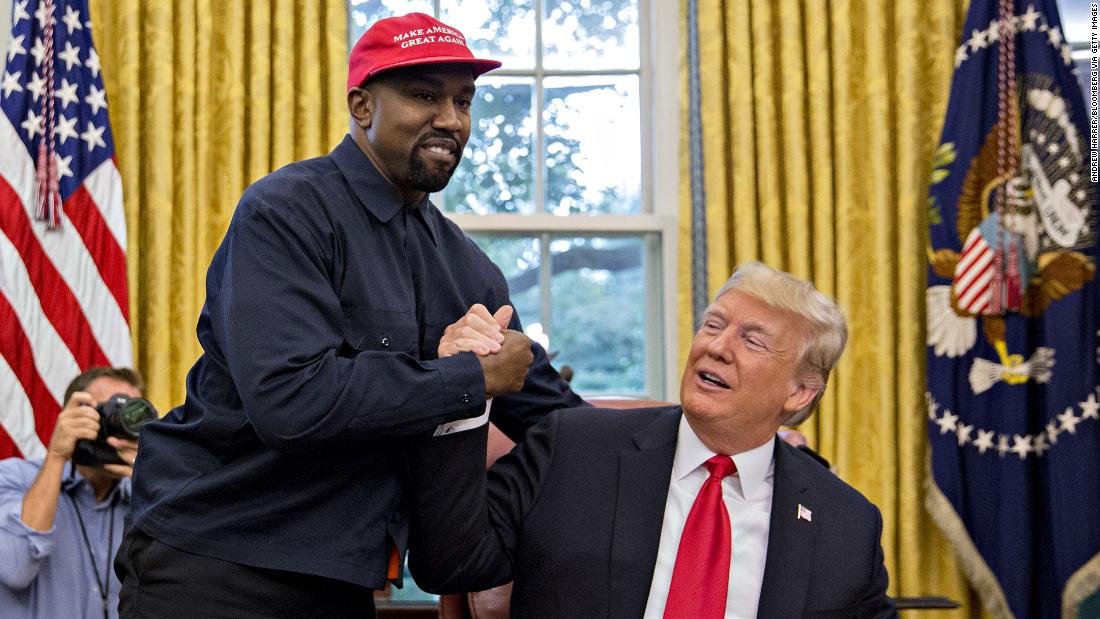 Kanye West with President Trump in the Oval Office (CNN)

Kanye West will be on the Virginia ballot

According to Virginia election officials, rapper Kanye West has qualified to be on the Virginia ballot in November as an Independent Presidential candidate.

West submitted the necessary 5,000 signatures which includes at least 500 from each of the 11 Virginia Congressional districts.

It is thought that West hopes to draw votes from Democrat candidate Joe Biden. West’s website proclaims that he wants to “create a culture of life”, and return prayer to the classroom, among other things.

In an interview in Forbes West said rather than running for President he is “walking…..to win”.

West is suing Wisconsin and Ohio to get on their ballots because he missed their deadlines.

More on West’s run for President here. Why West made the decision to run here.

Kanye West will be on the Virginia ballot was last modified: August 29th, 2020 by Jeanine Martin