Senator Claire McCaskill’s announcement that she will vote against Judge Kavanaugh’s confirmation to the Supreme Court is hurting her among her voters in Missouri.  From Townhall.com: 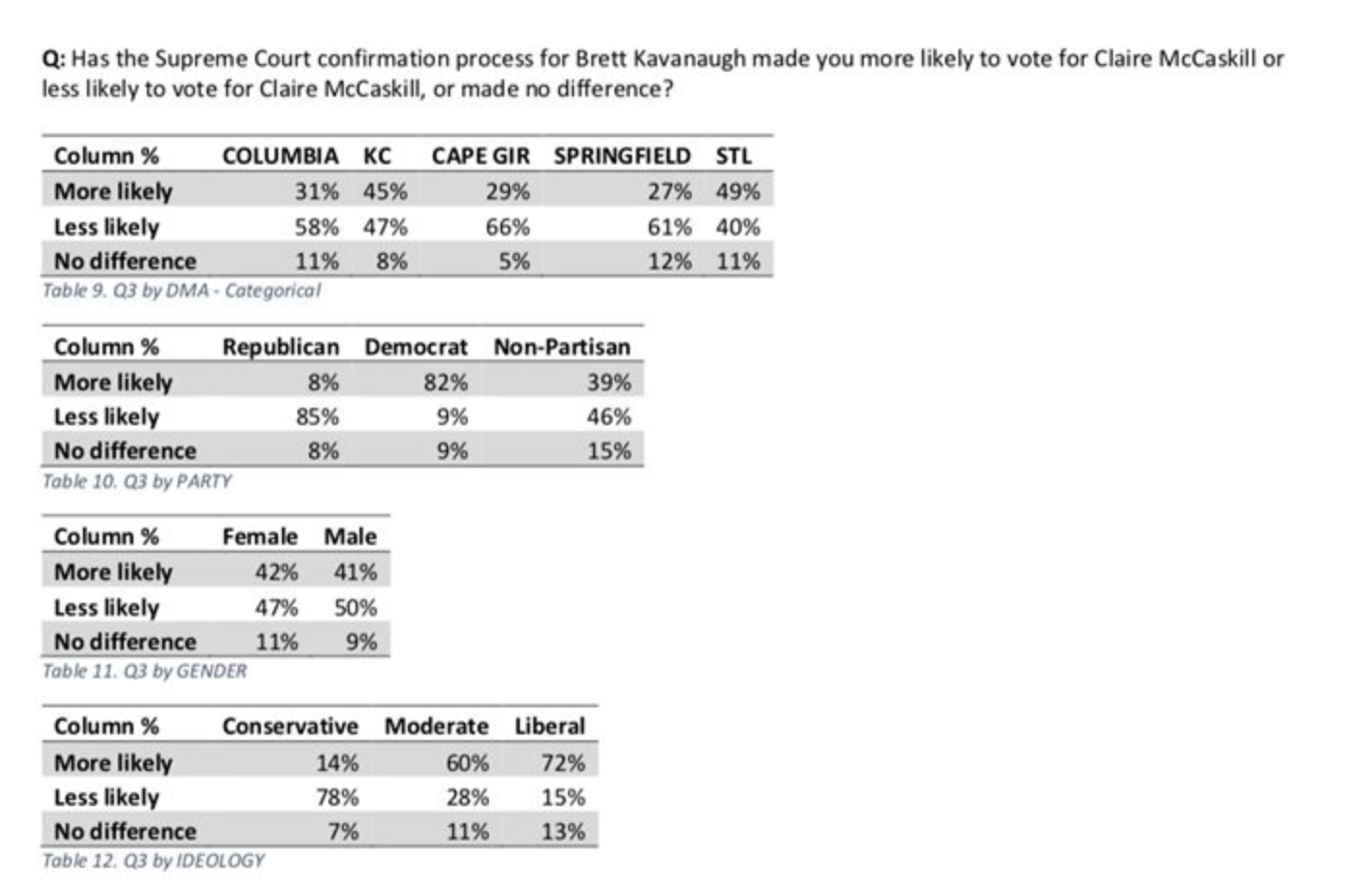 Democrat Senator Heidi Heitkmap is faring even worse according to the latest poll in North Dakota.  She is losing by 10 points, 51% to 41%, with Republican Kevin Cramer in the lead.

According to the poll, 60% of the North Dakota voters support the confirmation of Judge Kavanaugh. Heitkamp is in big trouble if she doesn’t vote to support Judge Kavanaugh’s nomination. More on the poll here, here and here.

The Senate race in Indiana is tied.

Democrats shot themselves in the foot with the terrible way they handled the nomination of Judge Kavanaugh.