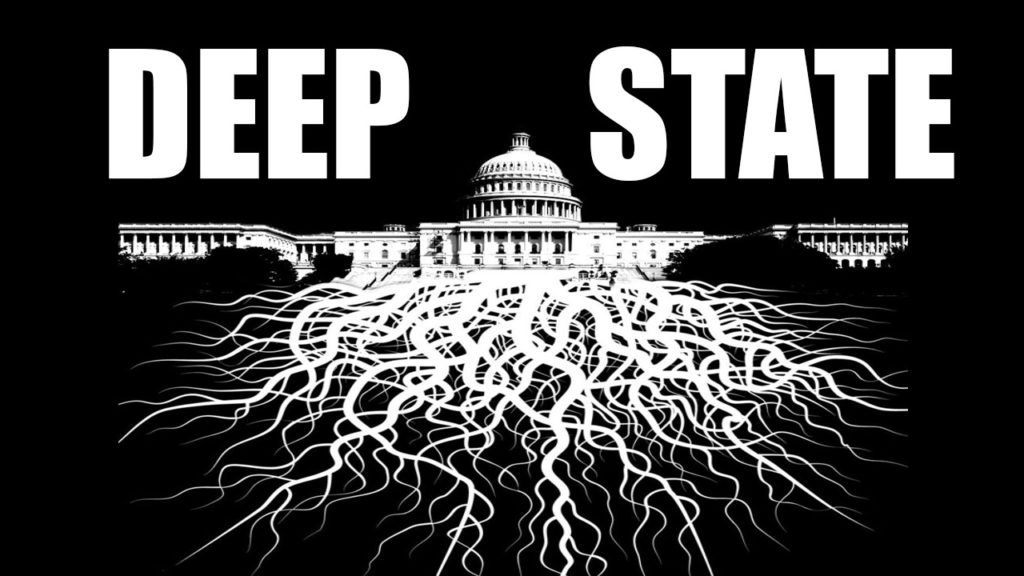 Kavanaugh vs. The Deep State

Nonpartisans know that Democrats blocking Kavanagh is not about attempted rape or him being a flasher. It’s pure and simple a matter of protecting the “Deep State” from the bane of liberalism, the constitution itself.

Liberals are right to fear Judge Brett Kavanaugh, but it is not his views on Roe v Wade, racial discrimination or gay rights that will have the biggest impact. Instead, Kavanaugh’s threat to liberalism lies in his constructionist views on the federal government agencies, where “Deep State” bureaucracies “legislate” with few checks and balances.

As soon as President Trump nominated Kavanaugh to replace Justice Anthony M. Kennedy on the Supreme Court, Democrats resorted to their well-worn playbook. “Nanny” Pelosi: “Judge Kavanaugh’s long history of opposition to the full, fundamental right of every woman to make her own decisions about her body, family and healthcare poses a grave threat to women’s rights and our founders’ promise of liberty and justice for all.”

That is the first talking point out of every Democrats mouth regardless of who the nominee was going to be, though Kavanaugh has not written anything significant about abortion or other “cultural” hot topics; so, we know very little about his legal theories on these matters. On the other hand, he has left a significant paper trail attacking the 20th-century bureaucratic or “Deep State” that operates as a defacto shadow-government for the Democrat party.

Kavanaugh despises the deviation from the founding father’s original design for lawmaking. As James Madison noted in Federalist 51, the Constitution necessarily creates an obstacle course for any new law. An identical bill must pass the two separate houses of Congress, one representing the states (the Senate as originally constructed) and one the people (the House), and if passed, receive presidential approval.

The framers expected that federal laws would be scarce, and state laws plentiful. As Madison wrote, “The powers delegated by the proposed Constitution to the federal government are few and defined. Those which are to remain in the State governments are numerous and indefinite.”

For over 100 years, we followed Madison’s model of a modest federal government. But a century ago, during the dark Progressive Era, President Wilson erroneously decided federalism and the separation of powers couldn’t keep pace with the demands of an industrialized society. He called on Congress to delegate authority to new federal agencies that could exercise expert, scientific judgment freed from politics. That was the beginning of the “Deep State.”

During the Great Depression, FDR one-upped Wilson’s constitutional deviation with his New Deal. The Securities and Exchange Commission, the FCC, the EPA, the Consumer Financial Protection Bureau and many of the other “alphabet” agencies in DC date back to the New Deal. These bureaucracies issue regulations with all the force law, execute them and even adjudicate the results, effectively becoming their own branch of government.

Presidents appoint the leaders of the agencies but often can’t control them because Congress forbids the removal of agency heads except for violations of law or abuse of power. Compounding the problem, courts routinely defer to these agencies. And we all know that once Congress creates an agency, it rarely snatches its power back. Ronald Reagan once quipped: “No government ever voluntarily reduces itself in size. Government programs, once launched, never disappear. Actually, a government bureau is the nearest thing to eternal life we’ll ever see on this earth.”

To liberals it’s a dream come true, these agencies’ insulation allows “Deep State” experts to set policy without the messiness of having to pass laws. After all, reelection comes easier if Congress members can deflect tough decisions about the environment, technology or the economy to someone else. Never mind that the framers’ system of rare, limited federal lawmaking is now replaced by a supercharged, unencumbered bureaucratic jet-engine spewing out regulations. The Obama administration revved that engine to the red-line.

Judge Kavanaugh has directly challenged aspects of the “Deep State.” In a 2010 article in Harvard Law Review, he attacked the so-called Chevron doctrine, a Supreme Court ruling that requires judges to defer to an agency’s interpretation of the laws it administers, correctly calling it “an atextual invention.”

Instead of deferring to agency experts, Kavanaugh argues, courts should closely scrutinize whether their regulations satisfy Congressional directives. That doesn’t sit well with the “Deep State” or its bosses in the Democrat Party.

If Kavanaugh’s suggestion gained traction, Congress and the president might have to accept political responsibility for their basic policies, rather than putting the burden on the agencies, as the framers intended. That concept proves that he understands the Constitution much better than any Democrat on the Senate Judiciary Committee and 90% of the media.

Kavanaugh’s paper trail indicates that he might very well seek to rally his fellow conservative justices to revitalize federalism and the separation of powers, rendering the administrative “Deep State” more responsive and accountable to politicians. Liberals will kick and scream, but they too would benefit from a diminished and humbler bureaucracy.

As we are learning during the Trump administration, the delegated authority can be used for both conservative and liberal ends. No one should doubt that bureaucratic insulation strengthens the “Deep State” at the expense of representative government. That is why every legal, illegal, moral, immoral, truth, lie and even common decency is being weaponized by liberals against Judge Kavanaugh.

Kavanaugh vs. The Deep State was last modified: September 26th, 2018 by Frank McDonough