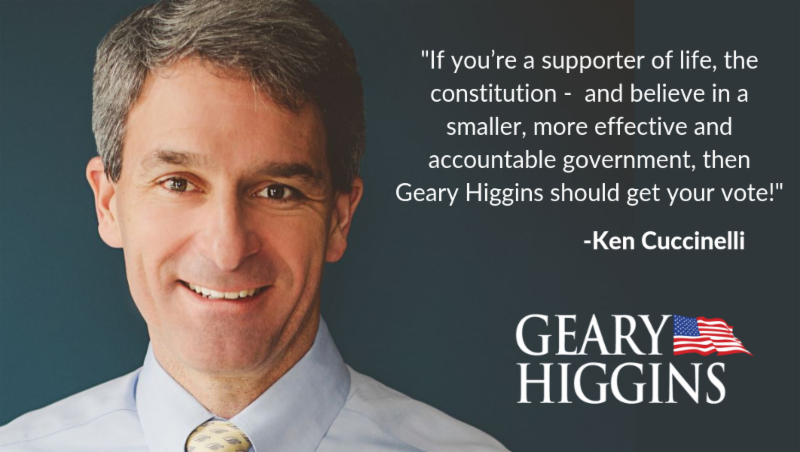 “Geary Higgins is exactly the type of conservative we need in the Virginia Senate. Heâ€™s pro-life, A rated from the NRA – and as a member of the Loudoun county board of Supervisors he has continuously fought tax increases for his entire tenure.

As someone who has been in the state senate – I know the type of person â€“ with the type of character needed to not only keep the left in check – but to move our conservative ideals forward. If youâ€™re a supporter of life, the constitution – and believe in a smaller, more effective and accountable government, then Geary Higgins should get your vote!”

Remember to vote on Tuesday at your regular polling place between 6:00 am and 7:00 pm.

Breitbart has weighed in on this race here.