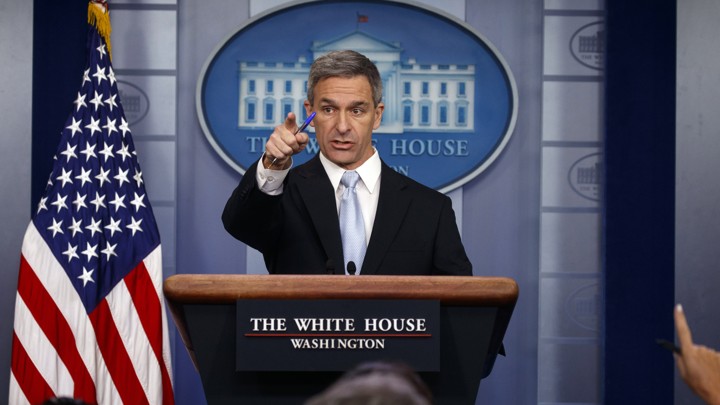 Former Virginia Attorney General and current Acting Deputy Homeland Security Secretary Ken Cuccinelli is refuting part of the story of his confrontation with former Maryland Governor Martin O’Malley in the Dubliner Bar in DC on Wednesday evening. From Foxbusiness.com:

“First of all, I did not leave the pub — I went and got my beer, I stayed right there,” Cuccinelli told Ashley Webster.

“[I] started hearing like screaming and cussing behind me and didn’t think much of it off the bat and then turned to look and see what was going on,” he said.  “And there was the former governor of Maryland, veins bulging out of his neck, screaming and cussing at me and the president and whatever else he could think of.”

O’Malley became threatening, trying to instigate a fight with Cuccinelli.

“He had some other comments that got right in my face, like literally inches from my nose, bumping up on me and invited me to take a swing at him,” said Cuccinelli, adding that he was tempted to take a swipe, but it was never a “serious“ thought.

Best line of the night came from Ken Cuccinelli,

I literally said to Martin, one of us is going to have to rise above this and it’s obviously not going to be you.

Cuccinelli was also right when he said,

“I think it’s sad and pathetic,”

We can only hope Martin O’Malley had a ride home and did not attempt to drive as he was obviously in no condition to get behind the wheel.