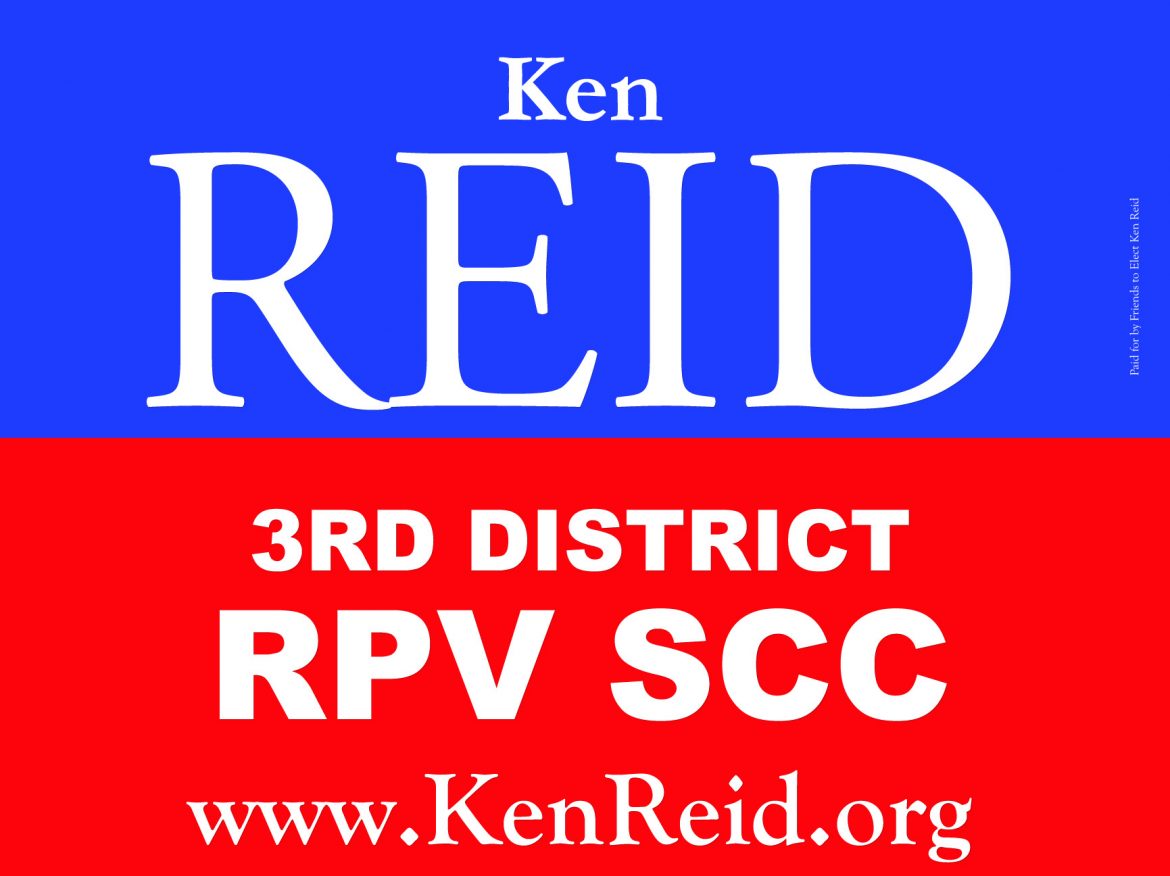 We need to ‘Keep Virginia Virginia’

Republicans are losing races in Virginia badly — we have been spanked by the Democrats in every November election since 2012, except 2015.

Since the 2017 “Blue Wave,” which led to the election of the embarrassing trio of Northam-Fairfax-Herring, I have been arguing in this blog for the Republican Party of Virginia to take the lead and do considerable outreach to various voting groups.

So, rather than just write about this and complain, I decided to do something about it by filing Feb. 27 to run for the RPV State Central Committee for the 3d District.

My campaign slogan is:  “Keep Virginia Virginia,” by beefing up the Republican Party to prevent our state from becoming a one-party Democrat-dominated Big Government bastion like California or New York.

I hope to bring new blood to the RPV as I have personally witnessed what happens when the Republican Party goes into demise due to demographic shifts and its failure to reach out beyond its traditional base.

In New Jersey and Maryland, where I lived for decades, Republicans  were once competitive, but no longer. Democrats have no opponents and Big Business donations flock to them since they hold the keys of power.  In addition, as we are seeing in Virginia now, criminal sanctions were relaxed and firearms ownership curtailed, thus leading to more crime and violence.  Just see what happened in Baltimore.

As a result, business, jobs and people flee those states.

Ironically, a number of these folks move to states like Virginia for better jobs and lower cost housing, but then they keep voting Democrat out of custom.  They do not fully appreciate that it was conservative governance that allowed Virginia to be so attractive, as the Democrats and liberal media define us in negative ways that makes it difficult for these voters to cast ballots for our candidates.

Republicans must be the counterweight to Leftist policies in Virginia and it should be the RPV that takes the lead.  We cannot just move to Texas or Oklahoma to escape. We must – -as I wrote on this blog in 2018 — Advance not Retreat

My web site – www.KenReid.org – outlines my expertise in winning elections, which I did four times in purple/blue Leesburg, VA and wrote a book on how to win and serve effectively in local office;  my 18 years working to elect Republican candidates statewide, and being a day-one backer of President Trump’s campaign in 2015, among other accomplishments.  Visit www.KenReid.org

Here are the major jurisdictions in the Third District:

A few of the cities still are holding mass meetings/canvasses to pick convention delegates.

I am a member of the Norfolk Republican Party, which holds a canvass Thursday, May 19 where city residents can also file to be 3d district and state convention delegates.  Click here for that form

The deadline for Chesapeake residents to file for the 3d district and state convention is March 29.  Click here for the Chesapeake filing form:

Isle of Wight residents have until  7 pm March 30 to register.  Please click here for the filing form:

The 3d District Convention has been scheduled for May 9, 2020, 11 am at Smithfield Middle School, 14175 Turner Drive, Smithfield, VA 23440.   There are four candidates running for the three RPV State Central slots in the 3d District, including two incumbents.

As a result, I need your help to win and “Keep Virginia Virginia!”

And, please tell your fellow Republicans in the 3d District to register as delegates and vote for RPV State Central Committee May 9 in Smithfield.

Thanks, and God Bless!