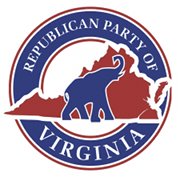 The Republican Party of Virginia is hosting a straw poll of candidates for the 2014 U.S. Senate nomination. The results will be telling.

This will be the first visible organizational test for the campaigns of Ed Gillespie and Shak Hill, who will each work hard to get their supporters registered for the event on March 22 at the Richmond Omni Hotel.

Both sides will say they’re not trying hard to win (or to win big), and will generally try to lower expectations to give their side an easier time in the post-poll spin room, regardless of the outcome. But this will be the last good opportunity to make a splash and demonstrate real momentum before the last big tranche of local units finalize their delegations to the Convention in June, and the candidates both know it.

Republicans are starving for a win at the statewide level, and are willing to exhibit a great deal of flexibility, if necessary, to make that happen. So, much more so than in previous years Republicans this year are focusing on who can beat Mark Warner, and less on complete ideological compatibility with their preferred candidate. This sentiment can work in either candidate’s favor. With Ed Gillespie it is an image of competence and experience, as well as a demonstrated ability to play the political game and raise tons of cash. With Shak Hill, it’s about being ideologically simpatico with convention-goers, while also being a blank slate with a squeaky clean image (i.e., no record for the Democrats to skewer him on, unlike, as Hill likes to point out, his opponent).

However, if either man polls poorly on the 22nd, it could cripple his campaign. The narrative within minutes would turn to questions about the candidate’s ability to raise money and turn out delegates if supporters no longer felt they were on the winning side. So, my advice to each campaign: get to work quickly on signing up registered participants. The whole state will be watching to see how you perform, and your performance can have a significant impact on activists’ perceptions about whether they picked the right guy.

The straw poll will be taken during the lunch portion of a day-long series of activist training events put on in conjunction with the RPV State Central Committee meeting on the same day, at the same hotel. If you’re a Republican who wants to learn something new about politics and campaigning, check it out. If you come for the straw poll, stay for the rest. Registration can be found here. Remember, only those registered for the lunch may cast a ballot.