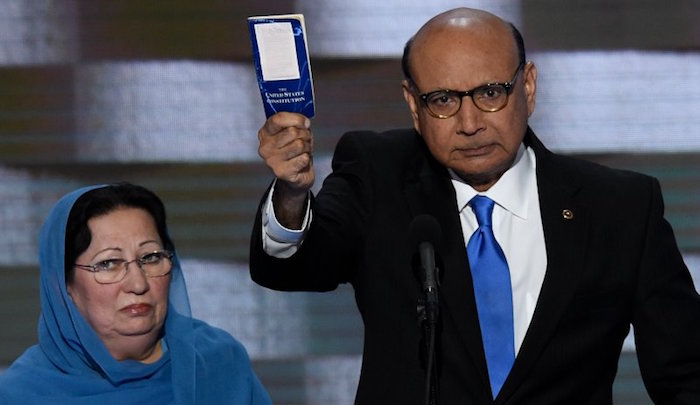 Khizr Khan Being Encouraged to Run for House of Delegates

Attorney Khizr Khan is being encouraged to run for the House of Delegates against Rob Bell in Charlottesville.  Kahn lost a son in Iraq while he was serving in the Army.  Kahn gave an impassioned speech at the Democrat convention in support of Hillary Clinton and criticizing Trump. Then Trump made some stupid remarks about Kahn and his son apparently because Trump is so thin skinned he cannot take any criticism.  Welcome to politics Donald!

Now a Vietnam veteran who once worked for Bill Clinton, Thomas Keefe, is organizing an effort to back Khan for the House of Delegates. In less than one day, Keefe raised over $10,000 from 53 donors through CrowdPac.com. Mr.Keefe has a slogan for the campaign, “Yes we Kahn!”.

“I heard him speak and the sincerity really came through,” Keefe said in a phone interview. “This is America, the great melting pot. This is another example of a person who could really change the ideas some of the people in this country have.”

The very popular Delegate Rob Bell has represented Charlottesville in the General Assembly since 2002.  He is currently running for Attorney General in 2017.  It is very unlikely Bell would lose his seat to Kahn.