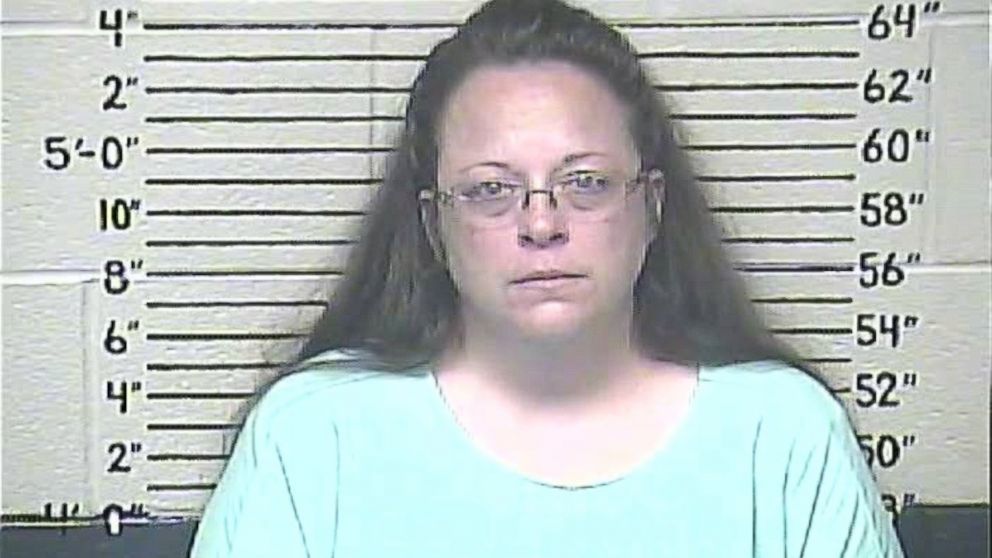 UPDATED: Kim Davis/ Judge Bunning/the Media – Working Together to Make us all Dumber

UPDATE: Kim Davis was released today on the condition that she not interfere with the ministerial duties of her deputy clerks.

Kim Davis is in jail for refusing to issue any marriage licenses as long as some of those marriage licenses might be issued to same-sex couples.  This was a discretionary decision by Judge David Bunning of the U.S. District Court for the Eastern District of Kentucky.  Our Republic is not failing, the Constitution is not in tatters (over this), Kim Davis is not a hero, Judge Bunning is unreasonable, and nearly every person who has opined on this incredible waste of time has not read either relevant Court order that serves as the basis for the entire controversy.

Take a moment and really consider whether or not you have a full grasp of what happened here.  Practically every word you have read has been from a mainstream or alternative media source.  None of them seem to quote from either the relevant August 12. 2015 preliminary injunction ruling, or the September 3, 2015 contempt ruling.  They quote statements from lawyers and interested parties.  They quote each other.  They quote the Bible, the Constitution, and Supreme Court rulings.  Here, in all its splendor, glory, idiocy, what have you, are the two court orders:

A Few Notes on Contempt of Court

Whether someone is found in contempt of court for a clear violation of a court order is not discretionary.  The penalty imposed IS DISCRETIONARY.  A party can be jailed, fined, ordered to perform or refrain from a task, a delay in enforcement can be imposed, or the party can be chastised.  The most severe penalty is usually considered incarceration.  Judge Bunning obviously leaped to the most severe penalty imaginable thereby causing a media firestorm, and a crisis where one need not exist.  Kim Davis defied a court order.  She should be held in contempt.  The penalty of jail time is too severe.  She has openly claimed she simply does not want her name to appear on the marriage licenses, and otherwise she will not prevent deputy clerks from issuing them.

The whole situation is stupid. 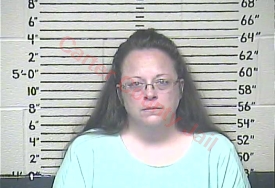 While both the Judge and the Clerk are being unreasonable, for some reason neither Kim Davis nor Judge Bunning can get past tiny hurdles.  She shouldn’t be in jail, and the licenses should be issued on standard forms without her signature.  If she wants to remain an elected Clerk, then her name will appear on the document.  Judge Bunning has essentially ordered this as of September 3, 2015.  As long as Deputy Clerks are complying with their duties, then Kim Davis should be allowed out of jail, immediately, as the the contempt order requires  compliance with the August 12, 2015 Order.  Either the Judge or the Clerk are being insincere about what will happen when Kim Davis is released.

If Kim Davis, in her official capacity, upon release will prevent her deputy clerks from issuing marriage licenses that have Kim Davis’ name on them in  any capacity, then she should probably be held in contempt and should be jailed.  If Kim Davis is going to otherwise perform her ministerial duties upon release, and otherwise not interfere with Deputy Clerks performing ministerial duties that she finds objectionable, then the Judge is being unreasonable.

To know who is being the most unreasonable we need to see the transcript from September 3, 2015 (which is not available online) and we need to stop accepting the emotional statements of the main stream and alternative media as if they are some sort of reasoned analysis.  Both the Judge and the Clerk are competing to make the worst decisions in this controversy.

UPDATED: Kim Davis/ Judge Bunning/the Media – Working Together to Make us all Dumber was last modified: September 8th, 2015 by Paul A. Prados

Does the fact that “animal marriage” is even being discussed set off anybody’s alarm clock?

Speaking of animals, the Roberts’s led SCOTUS has earned the right to be called a circus. It seems they would be best suited for decisions limited to involve animals. What animal would want to be married to a human? What animal can speak “I do”?

Are we at the point in time where it is time to mock SCOTUS? Could we ever get enough people to “unionize” and make a mockery of SCOTUS on one of their childish, wait until June, then feed it to the press on the way out the door decisions? Is it time to ask just who the hell do they think that they are?

I have always felt the that buck stopped with SCOTUS. But, I am beginning to question my own thoughts on that now.

I still cannot contemplate how 5 unelected judicial appointees can overturn an institution that has endured for millennia. Next thing you know, it will be group marriage, marriage to a dog, etc. Y’all act like the Supreme Court has never been wrong in the past and never overturned any of their past rulings.

then litigation will creep along to constrict this ruling. just as the right to abortion has limitations. my expectation is that group marriage or animal marriage will be prohibited. but gay & lesbian marriage is here to stay

What was the “expectation” after Loving v. Virginia? And now?

The real truth is that marriage has long become little more than nothing these days. Just makes sure lawyers are kept busy with divorces and settlements. Same sex will send more business their way.

The “till death do us part” has become nothing but another lie. According to media, even the Pope caved this week with the Catholic’s own BS version of marriage comedy, making annulment as easy as filling out a form. Did anybody complain about the Popes BS annulment? What about the timing of the announcement? Just who the hell does the Pope think it is?

How long before Catholic’s can “fill out a form” for same sex? Well, that is easy to answer. As soon as somebody throws enough money at the Pontiff.

So, marriage is generally nothing but the start of lies these days. It was made a mockery by the prince of darkness long ago.

First, I think the woman is wrong, get that out of the way before going on …

With that out of the way, she was elected, so she is the people’s choice. You can argue she should do this, or that, that she’s breaking the law, is in contempt, etc, but whether all that is true or not, she is still the people’s choice. It seems like if there are enough people who don’t want her in office anymore then a recall election is the logical next step.

I don’t see how this is any different than if a publicly elected official refused to enforce a state law that was enacted by a democratically elected legislature just because it didn’t align well with his own moral compass and objectives.

Yeah, so there’s that.

There’s a lot of people defying the will of the people’s elected officials going around lately.

“It seems like if there are enough people who don’t want her in office anymore then a recall election is the logical next step.”

… or maybe the people who want her out of office have already done the math and figured out that a recall election might not go the way they hope … then what do they do if she beats a recall with a huge percentage of the vote ?

Well the bottom line here is that Republicans are looking very foolish. Huckabee and Cruz are fueling a fire that should have ran out of gas last week. This is a terrible situation for the Republican brand.

Hummm, I assumed she was a Republican as only Republicans are Christians. Davis is a Christian right?

I can’t tell if you are joking…
Davis is very much a Democrat, just like Bill Clinton who gladly signed DOMA, and Barack Obama who opposed same sex marriage before he evolved.

Uninformed left wing LIBs cannot see the parallel between her case and left wing Supreme Court Justices who have called Judges “heroic” for making decisions not in accordance with precedence and state Constitutions and public laws, but rather in accordance with their skewed personal views of how things ought to be to be equitable. Activist Judges are making decisions based on their own ideas and are very often reversed by appellate courts as a result. As an agent of the State, she followed the state Constitution and state law.

Speaking of not paying attention to the details, Bunning ordered Davis jailed only after having specific reason to believe that fines wouldn’t cause compliance. And he was ready to let her out the same day, except that she did in fact say she would prevent the deputy clerks from doing their jobs. Any time she’s ready to let the deputy clerks continue doing their jobs, as 5 out of 6 (all but her son) have been doing since she went to jail, she will get out of jail.

That is the same as all the media reports I have seen.

My understanding is that the Governor of Kentucky would have to call a special session of the Legislature to convene to change the law and remove Mrs. Davis name from the license.

Apparently, Mrs. Davis name is on the license no matter who in that office issues it.

If you are a public official and your religion prevents you from does the job, find another job. Mrs. Davis should stay in jail until she is ready to do her job, or resigns.

My point regarding the media reports is that I do not trust them to report accurately due to either a desire to present skewed coverage, or an inability to understand the proceeding. This is why I say we need the transcript. Most court proceedings I’ll accept most of what the media reports as true. This conflict involves so much B/S that accepting any media reports is premature.

The order says that Davis is not allowed to apply her “no marriage licenses” policy. A more carefully crafted remedy at the September 3 hearing would be to order Davis to not interfere with deputy clerks performing ministerial duties, and assessing legal fees against her for the contempt proceedings. Then in another week or two when they are back because she is preventing deputy clerks from doing their jobs, she can be thrown in jail.

And what the Judge did today is darn close to what I suggested.

She gave in, not the judge. She could have done this last week.