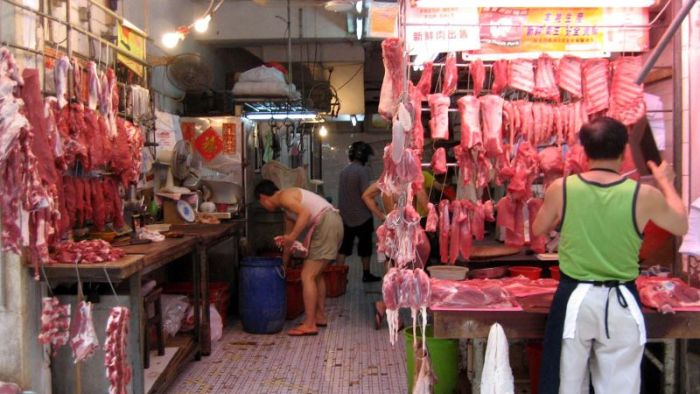 Knowing What We Don’t Know

The President’s instincts have proven sound even where the science is less so.

There is only one thing we know for sure about the Wuhan Coronavirus pandemic, which stole across the Chinese border into the unaware world – is that we don’t know anything for sure.

We don’t know how long the virus incubated in central China because the communist government can’t be trusted. They lie. Was the disease zoonotic, jumping from animals to humans in the Chinese “wet” markets? These markets offer butchered meat and fish, and also live animals stacked like cord wood for sale, including cats, dogs, bats, snakes, frogs, eels, and many other exotic “delicacies.” Some are consumed raw.

The SARS virus was tracked to these markets in 2003, and COVID 19 is close kin to the SARs virus. But, again, we really don’t know.

Also, since the news came out of China, too late for the rest of the world, the estimates of COVID 19’s victims and death rates for the rest of us have been at wild extremes. The U.N.’s World Health Organization (WHO) pronounced a 3.4% mortality rate on March 2nd, terrifying the bejabbers out of everyone. However, while the basis of the math was wrong, it wasn’t corrected in much of the panting media, who seem eager for a catastrophe.

Today, the mortality rate in the U.S. has dropped quickly to about 1.25% of the known infections, and depending on the figures you’re using is drifting lower world-wide. But, again, we really don’t know. It’s still too early. Even in the U.S., the estimates vary wildly.

There simply is no credible data upon which to base estimates, since the vast majority of people haven’t been tested. There are only guesses to support any of the extremes for how many are infected or will be, and how many of those will die.

The Center for Disease Control (CDC), long covered by bureaucratic barnacles and too eager to join in virtue signaling and politics, needs a good scrubbing and re-tasking to essential issues of public health. At first, it refused WHO test kits for the Coronavirus and developed its version that proved faulty. Then, they implemented a convoluted procedure for the available tests in the field. The CDC’s mission is critical, and its opinion should set the bar, not lower it.

President Trump is not clairvoyant, so he is a slave to the same scientific musings and vagaries as the rest of us, and, surely, he’s as flummoxed. Everywhere one turns, there is a doctor, epidemiologist, or scientist with a different opinion. The data is incomplete, so whom does one believe?

The President used plain common sense in shutting down travel from China on January 31st after belated information from China arrived in the nation’s capital. Despite the hysterical response to this order, he proved correct. He again was ahead of the curve to shut down European travel, and again proved right.

The President’s instincts have proven sound even where the science is less so.

Now, the U.S. and the rest of the world are in various stages of setting fire to their economies, much like firefighters using backfires to stop a forest fire, hoping to deprive new fuel to the flames. This, too, assumes a lot.

Even after a few weeks, we have no idea how much damage the government’s actions will create or cost. The view from ground level is not altogether encouraging, however. The virus, hidden among us presumably, is the clear winner so far.

Business after business at the street level is shutting down or working minimal hours. You can feel the anxiety mount as the economic contraction is more evident on Main Street with each passing day. Yet, the strength of the American people was created in hard times.

The experts in Washington have told us that the food chain and warehouses have plenty of food. Yet, on the ground, many stores are stripped of stock. Distribution traffic jams, we’re told, are occurring due to substantial overbuying, and because more people are eating at home as restaurants close down. We’re hopeful, but we really don’t know.

We’ve never purposefully hit the kill switch to the economy, so we’re in a new place. Can the system and all of its intricate parts be restarted like a lawnmower? Or, will we flood the carburetor? We just don’t know exactly.

Here is another question set out before the citizens. The most important one – how much is liberty worth?

Already the hard socialist left, the America haters, and the media are lauding the “Chinese model.” Interestingly they don’t mention the draconian house arrests and jailing critics, including doctors, and heaven only knows what other extreme measures being used. Others are asking why we’re not nationalizing industries? Or, why don’t we strictly limit travel? Or why don’t we vote by mail? The American left – which includes the entertainment and news media – react to human freedom like a Dracula to the Cross.

Today’s news carries stories of the Department of Justice looking to new extra-constitutional powers – like the Patriot Act, they will be difficult to claw back if given. During a crisis, as we learned in the aftermath of 9-11, it is the worst time to pass new laws – you end up with abominations of both policy and practice. But, there is no time like a crisis to advance bad ideas that couldn’t get passed in regular times.

What risk do we accept to live as free people? Over a million of our loved ones die yearly from heart disease and cancer alone. Drug overdoses are killing 70,000 per year, diabetes 85,000, 40,000 die in auto crashes, and renal failure takes 50,000. All of these tragic deaths are losses.

But, we don’t crash the economy for the living because of the loss of others. It would be an irrational risk aversion.

One senses that the President is boxed in by the vicious, America-hating media, and the iron triangle of Washington. This weekend the Democrat leaders rejected an emergency package that would have gotten cash mainlined into the business community and the hands of American citizens. Instead, they want a pork-laden, 1100 page approach that would fund their most cherished objectives – including funding for Planned Parenthood so that the baby-killing could continue apace. The leadership of the Democrat Party is truly sick.

I remain optimistic and positive, though. Not because of anything Washington can or can’t do – I suspect a lot of Americans see very clearly, now, that the various governments can’t secure them or even really protect them. We do that for ourselves and for our communities.

I’m optimistic because of the enduring faith in God of the American people that I see all around me, anchored deep in the Judeo-Christian ethos of the nation and not yet totally uprooted by the radicals, try as they might. It’s the faith in a God that promised He would never leave us or forsake us, regardless of the tribulations in this broken world.

I’m thinking a lot of Americans are praying with me.