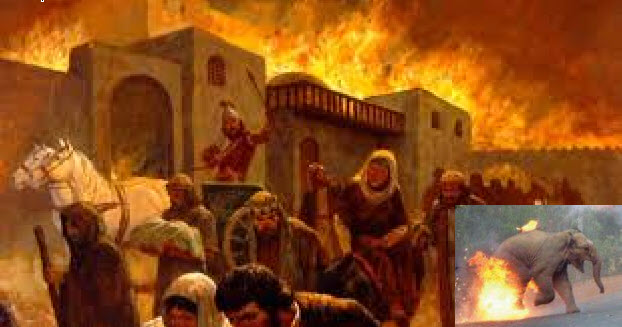 Lamentations on our Blue Virginia

Over the weekend, the Leesburg Town Council, at my suggestion, renamed Leesburg â€œNatsburgâ€  to honor the World Series champions.

So, I went up North King Street (U.S. 15 Business) Nov. 4 to photograph myself in front of it.

Nearby, was the actual Leesburg monument sign welcoming people to the town.  I stood there for a moment and stared at the words â€œLeesburg â€“ 1758.â€ It was installed during my first term on the Council â€“ in large part because the previous council removed the collage of shields for the Kiwanis, Rotary and other civic clubs to prevent the Sons of Confederate Veterans to post their shield with the Confederate battle flag.

I stood there and cried.

I moved to Leesburg in 2002 with my wife, Lynn, and then five year old twins, to get out of high-tax, traffic-congested, elitist/unfriendly liberal Montgomery County, MD, so my children could grow up in a nice historic smallish town like I grew up.

I loved Leesburg so much that I served 10 years in local office, giving up my business and time with my family in the process.  My burial plot is at Leesburgâ€™s historic Union Cemetery.

Among Democrats and Republicans whom I worked with on common issues were former Del. Randy Minchew and outgoing Catoctin Supervisor Geary Higgins.Â  Both are gentlemen of the finest, diplomatic and results oriented.

So, I cried that both were having to work so hard to with their respective races in Richmond, Randy losing to the woman who ousted him in the â€œBlue Waveâ€ of 2017 and Geary losing to another delegate, who is nothing more than a political hack and has no decent legislation passed to his name.

It was my last hurrah in Leesburg; the last time I will probably knock doors for GOP candidates in a town where I won four elections (never defeated) and helped other Republicans win.

I emailed former Gov. Bob McDonnell to review my new book, â€œThe Six Secrets To Winning Any Local Election – -And Navigating Elected Office Once You Win.â€  I told him â€œDepending on what happens this Tuesday, you might be the last Republican governor of Virginia for years to come.â€

Indeed, Bob McDonnell has more than 30 years of experience in Virginia politics, but I have lived in once â€œpurpleâ€ states that turned â€œblue,â€ so I have seen this picture before.

I saw New Jersey, my home state, go from purple to blue over just a 10 year period â€“ after 1992 when Bill Clinton was the first Democrat to carry the state since the Johnson landslide of 1964.

In Montgomery County, MD, we had two Republicans on our County Council at the time I left (one of whom I helped elected in 2000), and a few GOP delegates and senators.

After Bush became president, there are no elected Republicans in Montgomery County anymore.

After Tuesdayâ€™s election, there are no Republicans in state roles in Fairfax County.  Supervisor Pat Herrity, who barely survived being re-elected, is is one of only two Republicans in office in Virginia’s largest county.

I see my supervisor colleagues and friends lose to Democrats who have done NOTHING for their communities.  Suzanne Volpe, a supervisor for two terms, lost to the woman who flipped the bird at Trump and lost her job as a consequence;  Jim Bonfils, an interim supervisor in my time due to a resignation, and longtime chair of the Loudoun Parks Board, lost to a no-name; and TBE contributor Mick Staton, a former county supervisor, got crushed by a Democrat who ran hardly much of a campaign.

The Prince William County Board of Supervisors is now  Democrat controlled  for the first time in decades.

Loudounâ€™s chief prosecutor also is under the potential manipulation of Michele Thomas, the radical chair of the NAACP of Loudoun, who uses words like â€œracistâ€ â€œJim Crowâ€ or â€œlynchâ€ to anyone who disagrees with her.  She succeeded in being the top vote getter on the Loudoun Soil and Water Conservation board despite being disowned by her fellow Democrat-endorsed candidate incumbent, John Flannery (I actually voted for Flannery in part for standing up to her).

Loudounâ€™s School Board is now controlled by radical leftists who will most assuredly allow more pornographic books under the guise of â€œdiverse librariesâ€ to appease the LGBTQ lobby.

Local elections in â€œNorth Jersey Virginiaâ€ and much of Hampton Roads and Richmondâ€™s suburbs are no longer about local issues â€“ itâ€™s all about Trump or voting Democrat because you think all Republicans donâ€™t want â€œdiversity.â€

The General Assembly is now narrowly controlled by Democrats many of whom ascribe to the socialist agenda of Bernie Sanders.

One thing is certain â€“ the new Democrat majority in Richmond will gerrymander congressional and General Assembly districts for the next decade.

Like the destruction of the First Temple by the Babylonians, so many good Republicans are gone, with limited prospects for the future.

I have gone into exile â€“ still in Virginia, Hampton Roads, which is at least a more conservative area.  I live among Orthodox Jews who uphold traditional values, support for Israel and who like Trump.

HASHEM, save us now.   Virginia has forsaken you!