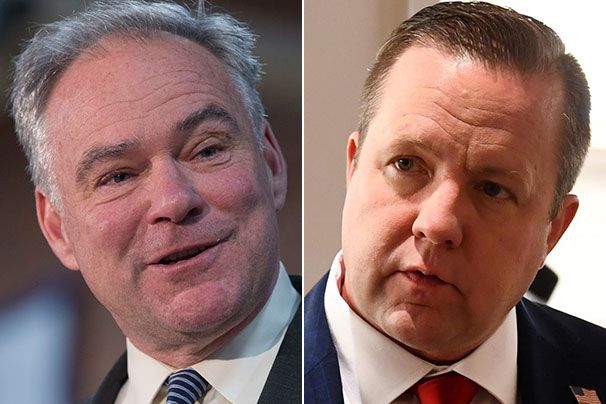 With only 7 weeks until the election, in a poll conducted by University of Mary Washington Senator Tim Kaine leads Republican nominee Corey Stewart by 19 points, 49% to 30% with libertarian Matt Waters at 6%. From the Washington Post:

A third of those surveyed said their feelings toward Trump would be a major factor in how they vote.

In Northern Virginia Kaine leads by 42%, in Tidewater he’s ahead by 22%.  Stewart leads in rural areas by 11%.  More from the Post:

Among voters surveyed, there was a significant gender gap. Women backed Kaine by a margin of 52 percent to 27 percent while men supported Stewart 55 percent to 47 percent.