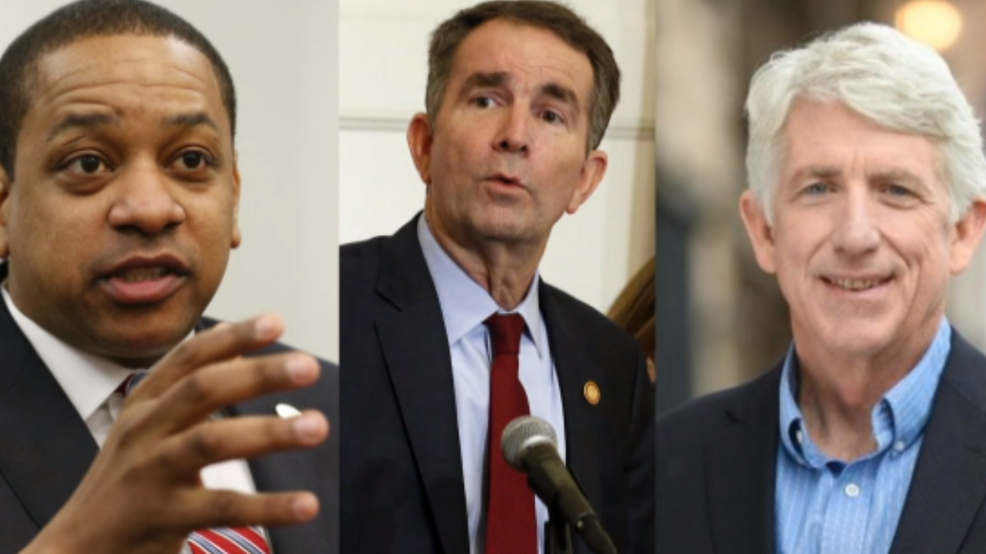 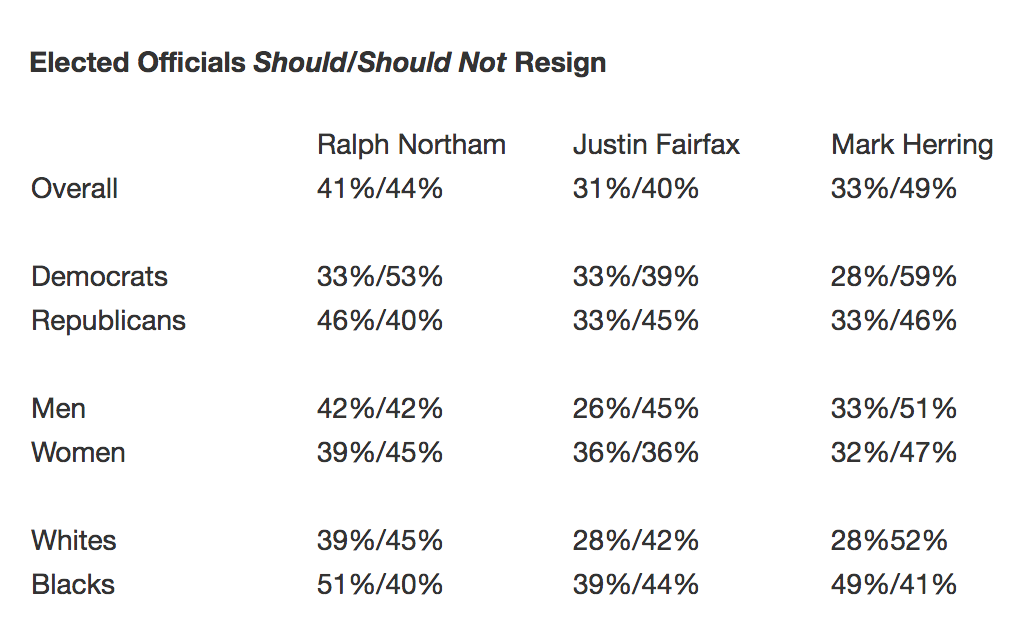 A couple of surprising results, more Republicans than Democrats think Fairfax should not resign, 45% to 39% and only 28% of white voters think Herring should resign while 49% of Blacks think he should go.

Regarding the alleged assault charges against LG Justin Fairfax 54% are unsure who to believe, 36% believe the women, and just 10% believe Fairfax’s denials.  Women are evenly divided on whether Fairfax should resign, 36% say he should and the same percentage say he should not.

The poll also asked Virginians their thoughts about Trump, immigration, and building the wall. All of the poll results can be found here.