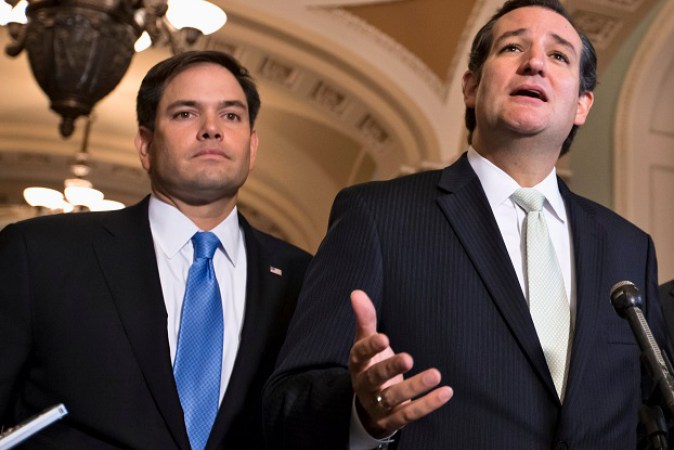 With less than a week to go, Iowans are finally making up their mind on who they want to represent them as President. I had expected to see much of Donald Trump’s soft numbers slip away heading into the final week, but it would appear that over half of The Donald’s soft committed supporters have moved over into the firmly committed column. If accurate, this PPP poll could be highly predictive of a Donald Trump victory in Iowa on Monday.

Of likely Caucus goers, Donald Trump leads the pack with 31%. Senator Cruz is in second place with 23%. Senator Rubio is in third place with 14%. No other candidate polled in double digits. Surprisingly, 80% of folks who support Donald Trump said their support was firm. Only 71% of Cruz supporters were firm. There is even the possibility that Cruz supporters could switch to Rubio at the last minute in Iowa.

A solid majority of Iowans do not support Donald Trump, but the conservative vote will likely be split between Marco Rubio and Ted Cruz. This is a trend we could see carry on throughout the primary season.

The attacks against Cruz from Santorum, Huckabee, and Trump have worked in Iowa. Senator Cruz has seen a huge increase in his unfavorables, which is a bad sign going into a caucus. Marco Rubio has seen a spike in his unfavorables as well, though neither Senator is disliked as much as Donald Trump. Unfortunately, Donald Trump only needs 35% support to win in many of these primaries and it is beginning to look as if he’ll have that support. IF the polling data is accurate and IF the Trump supporters show up.

Time will tell if those Republicans looking to burn the Republican Party to the ground are truly as motivated as they say they are over the phone. Iowa polls have been historically inaccurate and there is just as much of a chance that Senator Cruz or Senator Rubio win Iowa by 8 points, but one thing is for certain, as long as both Senator Cruz and Senator Rubio are in the race together, Donald Trump’s chances of winning the Republican Nomination are very strong indeed.