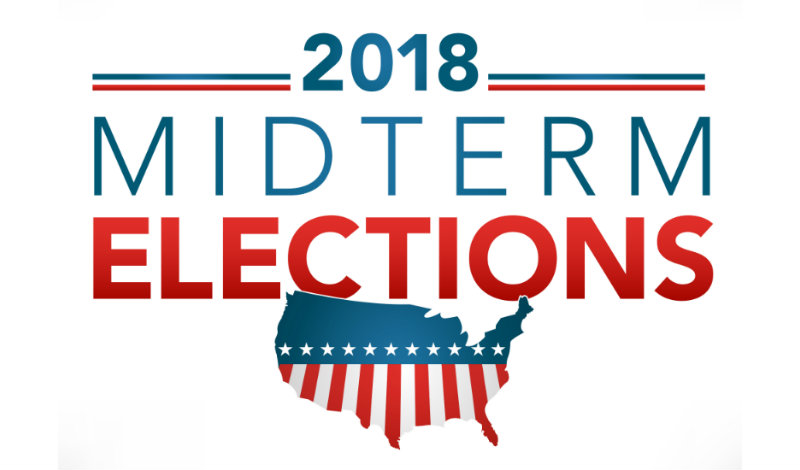 Virginia Senate race is solid for Tim Kaine with the only question being how much Corey Stewart will hurt down ballot candidates.

Overall Politico says the House leans Democrat but Republicans are likely to hang onto the Senate. 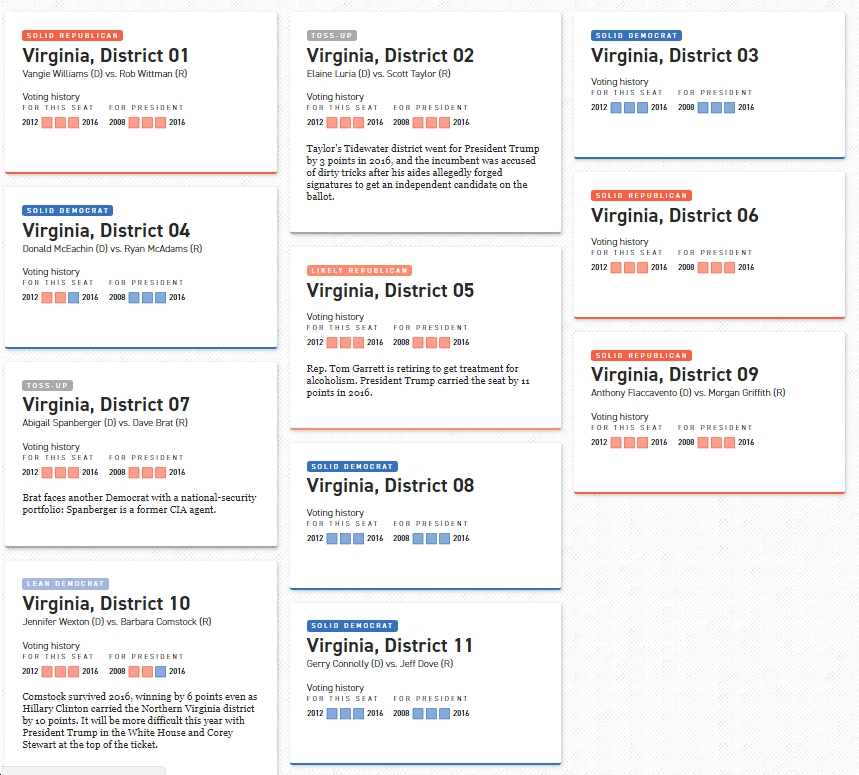 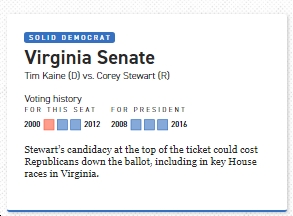