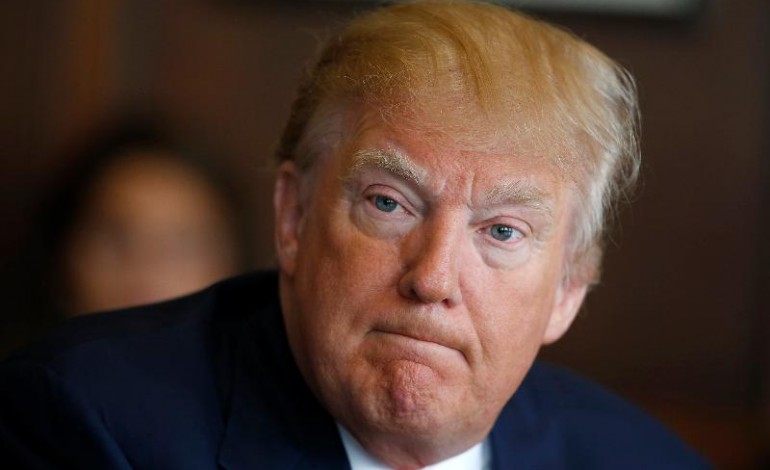 The latest Quinnipiac Poll is bad news for Donald Trump (though hope forÂ a miracle remains).

To win the popular vote, Donald Trump needs a few things to happen. First, ex-Governor Gary Â Johnson is pulling votes two to one from Donald Trump. 6% of Republicans, 3% of Democrats and 11% of Independents say they are voting for Governor Johnson. Trump needs to win these votes back. Trump is polling 4 points ahead of Hillary Clinton with Independents, so he should start there. As Secretary Clinton gets closer and closer to 50%, 3rd party votes are becoming that much more of a problem for Donald Trump.

Furthermore, 4% of Republicans are still undecided. Trump needs to give them a reason to decide, tonight if possible, and to decide in favor of the Trump/Pence ticket.

Such a massive lead this close to the election could indicate that Hillary Clinton is about to walk away with a landslide victory and mandate to govern for the next four years. These numbers also indicate a likelihood that close Congressional races will go to the Democrats and that the Republicans will lose the Senate.

This could be devistating for Republican candidates Mike Wade and Tom Garrett. If you live in the 4th or 5th districts, not only must you go and vote (regardless how you vote for president), but you must make sure everyone you know goes and votes for Wade and Garrett. This is a serious situation where good candidates could lose close races because of the top of the ticket. Don’t let that happen.

2. If the only candidates were Hillary Clinton and Tim Kaine the Democrats and Donald Trump and Mike Pence the Republicans, for whom would you vote? (If undecided) As of today, do you lean more toward Clinton and Kaine or Trump and Pence?

Now, if you remove the third parties, things don’t get better for Donald Trump. Trump gains 4% and Clinton gains 3%, primarily because you still have 4% of Republicans who can’t make up their minds whether or not they are capable of voting for Trump in November. Also, it is important to remember that 3 in 5 potential third party voters will stay home on election day. This is primarily because people answering in favor of Johnson and Stein are doing so because they are angry with the Republican and Democrat party. If Johnson is polling at 8% on November 8th, there is a good chance he’ll only get 3% of the vote.

This is disturbing. If any portion of these 1 and 5 Republicans, many of whom view Donald Trump as the lesser of two evils, decide not to vote, then this election is going to be called by 8pm on CNN and 8:15pm on FOX.

49% of Americans believe that Hillary Clinton is unfit to be President of the United States. Which would be great for Republicans, except that 58% of Americans believe that Donald Trump is unfit to be President. Never before have Americans despised their choices as much as they do in 2016. Turnout could be low. However, record numbers of people have registered to vote, indicating that turnout should be high. If this is the case, it clearly favors Donald Trump.

9. As you may know, multiple women have recently said that Donald Trump groped or made inappropriate sexual advances towards them without their consent. Trump has denied these allegations, calling them lies. Do you believe that Donald Trump committed these actions, or not?

22% of Republicans believe that Donald Trump is a sexual deviant. This, if true, is inescapably damaging. These Republicans will be far less likely to make their way to the poll to vote for Donald Trump.

I lied. It’s over. The only way for Donald Trump to win now, is for a series of stories to come out about Secretary Clinton that make Democrats less likely to vote for her. Ironically, she’d probably have to shoot someone in Times Square… even then… ? Those who deny the polls are doomed to repeat them. Can polls be wrong? Yes. Can polls be wrong 100% of the time? No. The polls aren’t wrong. Donald Trump is in trouble. Republicans need to commit 100% of their energy to getting out the vote. If they do, there is still hope. Also, there is still hope that one of you, dear readers, is going to mail me a check for 50 million dollars. Thank you in advance.

As usual, the press jumped on this and made it into something it’s not. Should Trump not prevail, (unfortunate as that would be for our country), and should he be in denial, grow a beard, and need therapy to finally accept it, believing that the election was rigged, the transition of power still goes on. Our democracy is not contingent upon the loser (and what if it is Hillary?) conceding.

Has it ever occurred to you guys that the media is lying? Or that the respondants are lying? When I get calls for polling questions, the answer depends on who is conducting the survey. I am not the only person to whom that idea has occurred to.

I like all these numbers. Democrats have been lulled into complacency by believing their own spin doctors and think they are ahead. When Trump wins, Clinton can go on harping about her vast Russian-wing conspiracy. Then we’ll see how non-gracious her exit will be.

I had my voodoo priestess throw some chicken bones in the air, apparently Donald Trump +2, +/- 5%!

See Trump Leads Clinton By 1 Point Going Into Debate â€” IBD/TIPP Poll at http://www.investors.com/politics/trump-leads-clinton-by-one-point-going-into-debate-in-ibdtipp-tracking-poll/ and IBD/TIPP Tracking Poll: The Most Accurate Presidential Poll In America – http://www.investors.com/politics/ibd-tipp-tracking-poll-most-accurate-presidential-poll/ and Which Polls Fared Best (and Worst) in the 2012 Presidential Race – http://fivethirtyeight.blogs.nytimes.com/2012/11/10/which-polls-fared-best-and-worst-in-the-2012-presidential-race/?_r=0#more-37396.

I didn’t realize Republican-bias in polling was so high.

A graceless end of the debate with Trump refusing to say he would accept the will of the American people on November 8. Unprecedented. A peaceful transition of power is the hallmark of our country. Trump will not accept responsibility for the campaign that he has run. Instead he seeks to incite the gullible among his followers. Irresponsible. Dangerous.

Sorry to disagree, but Al Gore sued in 2000 because he wouldn’t accept the will of the people. Not unprecedented at all.

Susan, the will of the people was not clear until a satisfactory vote count could be established in one state … Florida. The vote was too close to call. Both campaigns resorted to the courts to get an answer. Once the legitimacy of the count was settled, Al Gore made an eloquent speech of concession. One of his finest moments. Detail here: https://en.wikipedia.org/wiki/Florida_election_recount

And why isn’t that allowed for Trump?

It is available, however, the worry is he’ll never concede and his followers will become violent.

Pardon me, but that is complete nonsense. Democrats instigate violence, e.g. Veritas video, but there is no reason to expect violence from Republicans. It is insulting to suggest Trump or his supporters are more prone to violence than Al Gore supporters.

I know Democrats are violent, but Trump’s supporters have been playing around with some worrisome rhetoric. We’ll see, maybe Trump wins and we’ll never have to find out.

Worrisome rhetoric, like “rigged elections”? There is ample evidence that voter fraud has been increasing, and that is not just rhetoric. Trump is smart to put fraudsters on notice that people are watching more closely now. He is attempting to limit some of the more brazen escalation of fraud as is clearly discussed in the Veritas videos.

Trump did not say he won’t concede the election if he loses. He said he wants to know more about what happens, before declaring his position on an election that hasn’t even happened yet. There is no reason to expect that Trump will not concede if he loses. And it is certainly unfair to suggest he or his supporters will become violent if he loses.

Gore conceded after the process completed. No one expects Trump to concede before all the votes are counted. His continued statements imply that he won’t accept the final decision unless he wins. That is not his perogative.

Nonsense. He has not implied that he won’t accept the final decision unless he wins. He said nothing like that. He has said or implied that there is significant organized fraud by the Democrats and he is watching closely to learn the extent of that fraud before he comments on the election results.

That is precisely what he has said and said again last night when directly asked. He could have answered that he would accept the final decisions and left it at that. Instead, he refused to acknowledge that he intends to follow the law

If Trump stopped saying such stupid things, he would earn the votes of middle of the road folks

He did not say he won’t accept the final decision unless he wins.

He said it again today

The law does not demand that he give a concession speech.

With that end-of-debate foolishness, he created still another NEGATIVE headline. The very thing he needed to avoid.

Trump can sue for anything he wants. He does it all the time.

Florida went to a recount, not because anyone sued, but because Florida law required a recount due to how close the results were. Virginia law has a similar requirement.

I agree that this is a real problem for Trump. He appears petulant and comes off very immature whenever he is challenge.

Odd how Al Gore – 16 years later, has not accepted the fact that he lost Florida. Yet that does not bother you.