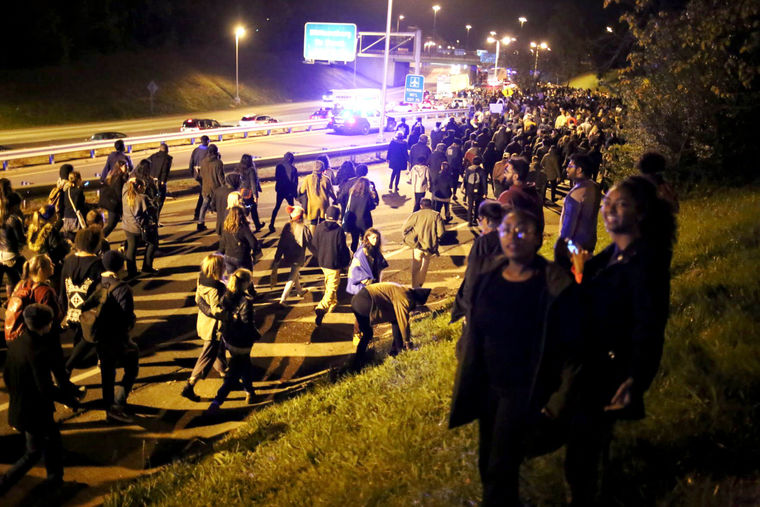 The First Amendment to the United States Constitution prohibits the making of any law respecting an establishment of religion, and guarantees the right to freely exercise one’s religion, the freedom of speech and of the press, the right to petition government for redress…and the right to peaceably assemble.

When peaceable assembly becomes riotous, the right of We the People to live in peace is undermined. The Rule of Law is then applied, and the government steps in to restore law and order.

Here in Richmond, Virginia, we have seen the result of rebellious behavior because of the election of the new president, Donald J. Trump. There has been property damage and destruction as well as the disruption of the peaceable passage of non-protesting citizens.  Some dozen protestors were arrested. What is to be done?

First, the VCU students who were arrested should be immediately expelled with no right of return to complete their course work.  This idea of waiting for a plea bargain or hoping to get a lenient judge to water down the punishment needs to be stopped hard.  A fine is an inadequate punishment and, frankly, has led students in many places to believe that the only punishment is a slap on the wrist.  This encourages more violent riot and rebellion.

I was talking to a friend of mine about this anarchist emboldened millennial rebellion. He was dismayed about the closing of VCU because of hurt feelings.  He remembered the day after the assassination of JFK and having to take a major biology exam.  In addition, a friend of his has a daughter who runs a counseling service to teach corporations how to handle millennial new hires or employees. Many millennials have no concept of working within a hierarchy, freely takeoff when they feel like it, and have no loyalty to the job or the work to be done.  This is what happens when everybody gets a trophy and performance is meaningless.

Second, state authorities have to make it plain that peaceable assembly is constitutional but once the line is crossed into violence then force, including lethal force, will be used to reestablish civil law and order.  Recently in Seattle, the police declared the situation to be riotous and non-lethal munitions were used to disperse the crowds.  Arrests were made but not until substantial damage had been done.

What is unfortunate is that few of those arrested will be held economically and socially accountable for the riotous violence. All too often, the result is that the costly damages and lost time opportunities will be transferred directly to the injured businesses and individuals.

Third, it appears that the Constitution is being shredded by people who neither understand nor support it.  There is a need to teach and re-enforce American history with a specific focus on the Declaration of Independence and the Constitution.  Such things as the history of pornography or baseball, while interesting, are not fundamentally American history classes.  Because of a lack of focus on the rational foundation of America, millennials have come to believe that totalitarian socialism with its supposed social justice mantra is superior to the constitutional rule of American law.  This needs to be corrected if the nation is to survive.

Someone once said that tough love is a necessity.  It is about time that these self-indulgent crybaby millennials learn some basic lessons of life:

Nobody cares for your excuses. Nobody pities you for procrastinating. Nobody is going to cuddle you because you are lazy.  It’s your ass.  You move it.”  (From doyoueven.com)

I would add one other thing – When it’s my ass on the line and you don’t move yours to help, you and I are going to meet under not so polite circumstance.