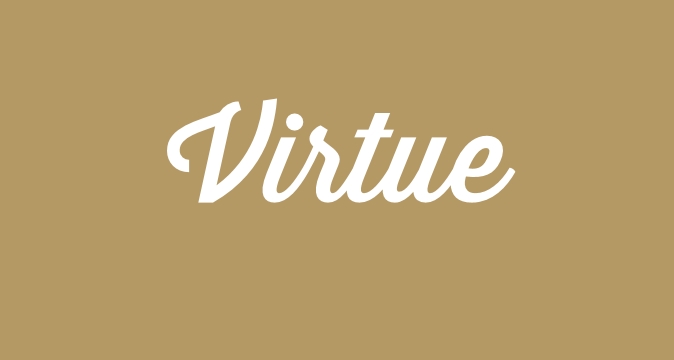 If you go to the websites of many schools, colleges, and universities in America, you will discover that todayâ€™s catchword is â€œleadership.â€

Slogans like â€œTraining Tomorrowâ€™s Leaders Todayâ€ or â€œTraining Future Leadersâ€ are the clickbait of academic life. Itâ€™s easy to see why. Many parents might be wondering: Who in the world doesnâ€™t want his son or daughter to grow up to be a leader?

Yet, if I may be so bold, I wonder if these parents are asking the right question.

Claiming to mold and shape leaders is by no means the exclusive domain of academia; the business world abounds with leadership books. Yet, despite the fact that the word â€œleadershipâ€ might appear in the titles, the main goal of these books often seems to be how to obtain power and money, for the sake of obtaining power and money.

On Wall Street, The Art of War by Sun Tzu was re-popularized for a new generation of three-piece-suited financial leaders. On many shelves, these titles presumably stand alongside the wholesale rejection of Christian ethics that is Ayn Randâ€™s Atlas Shrugged.

However, and this brings me to what I consider the most important question of leadership: What about virtue? Itâ€™s worth considering that Aristotleâ€™s Ethicsâ€”in which he systematically outlined a moral philosophy of human actionâ€”preceded his Politics.

In other words, it was Aristotleâ€™s intention that one must both learn virtue and practice virtue as an antecedent to governing, and not just to political governing, but to governing menâ€”to leadership. For Aristotle, virtue wasnâ€™t optional for what we could term â€œleadership.â€ It was essential.

Following Aristotle, as far as leadership is concerned, we should insist that men and women learn virtue and practice virtue before we teach them how to lead. But is that what weâ€™re doing? In a word, no.If schools are an appropriate place to teach leadership, but an inappropriate place to teach virtue, then we are left with an inescapable conclusion that schools promote virtue-less leadership and deny their students the most important quality of a leader: purpose. We have divorced leadership from virtue; worse, we have annulled virtue.

Dr. William Deresiewicz, a former English professor at Yale, made this observation about prestigious higher learning in America:

â€œâ€¦(W)e have constructed an educational system that produces highly intelligent, accomplished twenty-two-year-olds who have no idea what they want to do with their lives: no sense of purpose and, what is worse, no understanding of how to go about finding one.â€

Deresiewicz is not alone; Ross Douthat and others have made similar observations.

One thing is certain: someone will leadâ€”vision or not; virtue or not. Some ships of the human soul fail to pack a moral compass, but sail nevertheless. Though they have, in the words of Deresiewicz, â€œno sense of purpose,â€ these graduates of these prestigious schools will be the leaders of tomorrow anyway. In fact, their predecessors are the leaders of today.

Why? Why will the leaders from these prestigious colleges lead, even if they fail the vision test? The answer is that, though people lament the two-party system in America, we have a larger problem. In effect, we have a two school system. (It might be more than two schools; it might be four or five, but that fact is, like this sentence, merely parenthetical.) In America, our educational system is an aristocracy at best; at worst, itâ€™s an oligarchy.

In a country with over 3,000 four-year colleges, 24% of the United States Senate is represented by graduates of five colleges. Not twenty colleges (which might seem more â€œrepresentativeâ€ for a â€œrepresentative Republicâ€). Five colleges. The current Senate has 54 lawyers, and 20 of those 54 went to one of four law schools: Harvard, Georgetown, UVA, or Yale.

A 2012 study illustrated that among the 500 CEOâ€™s of the Fortune 500 companies, three schools (Harvard, Stanford, and the University of Pennsylvania) had awarded a total of 116 degrees to these executives.

Thereâ€™s no doubtâ€”if your primary goal is power and money, there are a handful of colleges to consider. Harder to understand is why. Why do these graduates rise to the pinnacles of industry and law?

Broadly, is the classroom education in these schools so much better than other schools? Specifically, is Stanford better than other schools at teaching its students to understand a corporate balance sheet? Are the accounting classes at Harvard so vastly superior, so magnificent, and so wonderful that it seems like they are using an entirely different system of mathematics than the rest of us mortals? Do the graduates of Georgetown Law School have a greater understanding of, say, patent law, than everyone else?

The problem is not that we are lacking leaders; the problem is that we are lacking virtue, primarily because we arenâ€™t supposed to talk about virtue anymore; after all, the answers might involve God and eternal law. However, the fact is that any time that we talk about leadership prior to virtue, or instead of virtue, we should expect problems. Leaders cannot convey what they do not have, and whatâ€™s more: without vision, are they really leaders at all?

If we really want to teach leadership, it would help to look at the great leaders. All the great leaders of personsâ€”Saint Michael the Archangel, Moses, Alexander, Joan of Arc, Constantine, Cicero, Aristotle, Socrates, Leonidas, Churchill, Washingtonâ€”communicated an unshakable belief in purpose.

For instance, many papal biographers and historians have observed that one of most admirable qualities of a pope is his reluctance to be pope. And this certainly applies to rulers, kings, and many of those who led well.

As General MacArthur put it,

â€œA true leader has the confidence to stand alone, the courage to make tough decisions, and the compassion to listen to the needs of others. He does not set out to be a leader, but becomes one by the equality of his actions and the integrity of his intent.â€

John Clark is a graduate of Christendom College, holding a degree in Political Science and Economics. He is a professional author and speechwriter. His book â€œWhoâ€™s Got You? Observations of a Catholic Homeschooling Fatherâ€ has reached #1 in the Amazon Kindle â€œFatherhoodâ€ category. He publishes a weekly blog at SetonMagazine.com.

Not to put words, let alone thoughts, into Mr. Clark’s intent with his article, I think he is pointing at something, namely virtue, and not trying to encompass the subject. Look at the lives of the virtuous leaders he lists. Were they all perfect men? Did they have flaws? Did they make mistakes. And, most important—except off the topic, was their vision of virtue perfect? The point is these were men whose vision was of something outside of themselves, higher principles—if you will. What all government/commercial schooling does today is deny the essential questions and the virtues those questions would necessarily point to. How did I get here, and why? What is my purpose, and where am I going? To get beyond today’s narcissism we must go a step further; what are other people to me? Should I focus on me, or other people? To what extent? We all know, well the one percent who are still Christians, what Jesus had to say on the topic.

“We have divorced leadership from virtue; worse, we have annulled virtue.”

This is a brilliant line. But take it one step further, what is virtue that has been annulled?

In your context, virtue seems subjective. How can you apply a subjective view, say, to the Constitution? Wouldn’t that allow judges to legislate from the bench — in the name of virtue and not the rule of law?

Virtues — plural — would make that judge unlikely to legislate from the bench except in extreme circumstances. From elsewhere:

“Plato…
came up with a backbone of four: prudence (or wisdom), justice, courage
(or fortitude), and temperance. These, he argued, are the essentials of
human excellence. The early Church fathers called these four virtues the
â€œcardinal virtues.â€ Cardinal comes from the Latin â€œcard,â€ which means
hinge; these are the virtues upon which the door of oneâ€™s moral and
ethical life swingsâ€“the ones that make all the other virtues possible.”