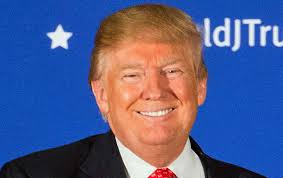 Learn to Love the Trump

Years ago the famed motivational speaker Zig Ziglar gave me some great advice. Well, not personally but I read one of his books, and he told a story that stuck with me throughout my years in politics.

Ziglar was a Republican and in 1976 he voted for Gerald Ford. Ziglar was greatly disappointed when Ford lost that November to Jimmy Carter. Ziglar decided to keep positive about the new President and made a point to read only positive stories about Carter for a period of time. Perhaps he would not fall in love with Carter but to at least find reason to hope that Carter would be a decent President.

For years I have adopted this strategy for Republican primaries, if my candidate does not win I try to find reasons to support the nominee.

I think Republicans now need to learn to love the Trump. Find reasons to support him. I was no fan of Trump’s, but now I believe it is time to focus on the general election. My candidates lost, first Jim Gilmore, then I backed Marco Rubio.

Trump certainly has his faults, but he could grow in office. He is smart, a successful businessman, has executive experience, honest albeit brutally honest.

Now is the time for Conservatives to rally behind Trump and hope for the best. Our country is at stake. It is either Trump or Hillary. And when you consider what Hillary would do as President it should be easy to vote for Trump.