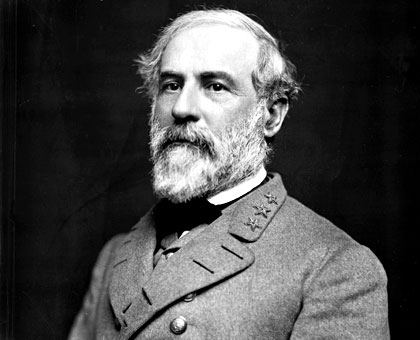 Lee was an Honorable Man

In 1861 Col. Robert E. Lee had a decision to make. He could stay in the US. Army and go to war against his home state, or he could defend his state, which without his control or desire, decided to secede from the union.

Lee loved the US Army and the Federal union, but he felt he could not go to war against his neighbors, most of his friends, the people he grew up with, his relatives, his family; two of his sons fought for Virginia, and his nephew Fitzhugh, who later became Governor, also fought for the Confederacy.

Lee operated on a completely moral and rational basis. He put his family and his state first. Today the consensus is that there was only one right answer, that was to fight for the Federal government. I suppose it is easier to moralize upon a decision when we know we don’t have to make it. But he did.

Imagine if you were put into a position where you had to take up arms against all the people you grew up with, went to school with, played with, and loved. And if you did you would be called a hero by people 150 years later and if you didn’t you’d be called a traitor by those same people. That was Lee’s position.

Now as far as the fatuous claim that Lee fought for slavery. In 1861 the Lincoln administration’s policy towards the seceding states was that if you stayed in the union you could keep the institution of slavery. It wasn’t until the Emancipation Proclamation came in 1863 that the Federal government made clear that the war, at least from their perspective, was about freeing the slaves.

First and foremost, Lee was a soldier, not a politician. The Legislature in Richmond believed that states had a right to secede in the 9th and 10th Amendments of the Constitution. A view that a number of constitutional scholars, including William Rawle, held.

As far as the treason charge, Lee was never tried, or convicted of the crime. In the 1970’s by a special act of Congress Lee’s citizenship was posthumously restored. Congress passed laws in 1929 and 1958 making Confederate veterans US. War veterans. I don’t think Congress would have done that if they viewed them as anything close to traitors. President Grant even invited Lee to the White House on at least one occasion. Did the President let a traitor in the White House? Of course not.

After the war Lee worked hard to rebuild Virginia and reunite the nation. He inspired and educated a new generation of Virginia men at a small college in Lexington called Washington college. Later it was renamed to Washington and Lee.

Recently I was reading some of Lee’s letters and I came across this passage, which seems to sum up his love for the state and his mindset. Lee was working in St Louis and was homesick, but in 1840 he was sent back to Virginia and on his return he wrote:

“I felt so elated when I again found
myself back in the confines of the Ancient Dominion that I
nodded to all the old trees as I passed, chatted with the
drivers and stable boys, shook hands with the landlords, and
in the fullness of my heart -don’t tell Cousin Mary- wanted to kiss all the pretty girls I met.”

This passage presents an idyllic picture of Lee’s Virginia, and it is easy, or perhaps easier to understand why he would never take up arms and destroy that place which he affectionately called the “ Ancient Dominion.”

Lee was an honorable man. Virginians should be proud to call him a Virginian.