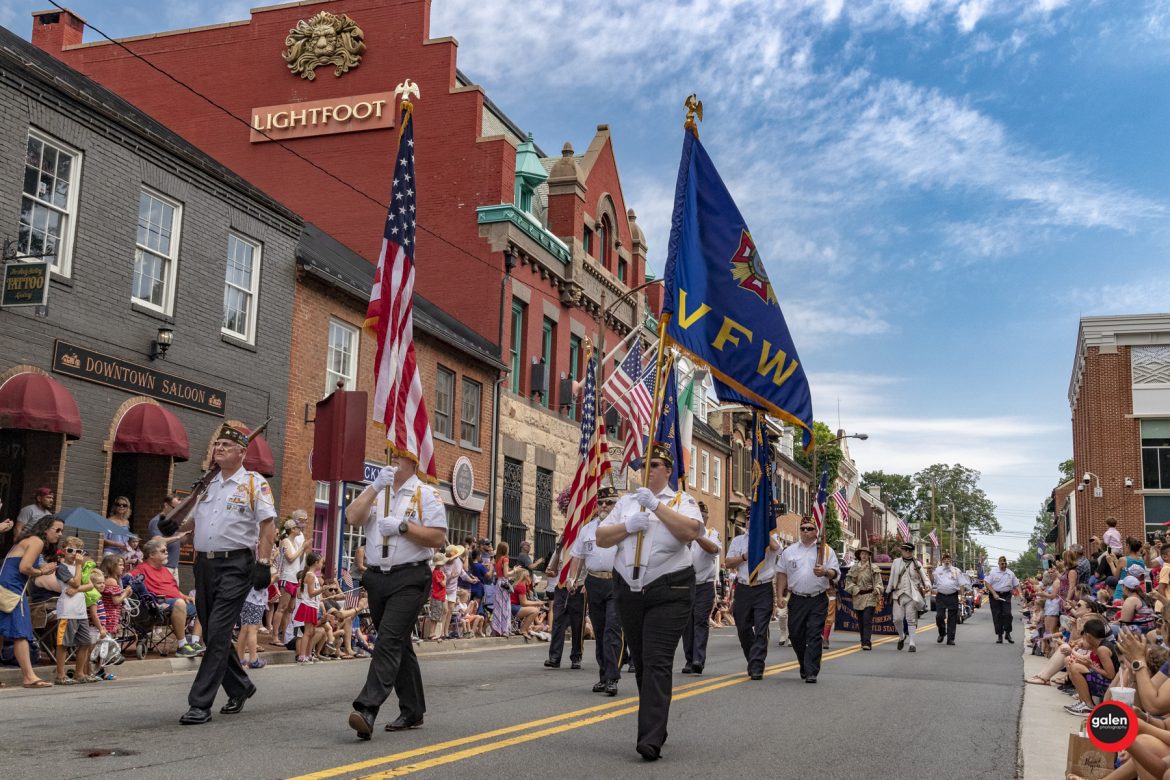 UPDATE: According to the Leesburg VA website, the BLM March scheduled for Sunday has been canceled. The reason given for the cancelation is here. But no celebration of any kind is scheduled for today, the 4th of July.

Town to hold ‘wave parades’ instead of traditional parade and fireworks

On May 22, the town of Leesburg manager, Kaj Dentler, without any discussion or vote by the town council (on which I served for 5 years) , canceled the town’s annual 4th of July parade and fireworks.

The town press release states: “In order to hold our 4th of July celebration, we would need to be in Phase 3 of Governor Northam’s Forward Virginia plan for relaxing the public health restrictions,” said Leesburg Town Manager Kaj Dentler. “Even if we enter Phase 1 next week, it is unlikely we will be in Phase 3 by early July. Given the planning and commitments to vendors and performers that need to make now, we have made the decision to cancel. We are disappointed but feel that it is in the best interest of the health and safety of our community.”

Well, we are in Phase 3, which allows social gatherings up to 250 people, and parades no doubt garner more than 250 watchers and attendees.

However, on July 2 the town issued a press release about a Black Lives Matter march which will likely gather hundreds, too!

Temporary Road Closures Expected on Sunday, July 5, 2020, for “Walking for Black Lives” March. Rolling street closures will be in effect from 7:30 p.m. to 9 p.m.

Leesburg, VA (July 2, 2020) – Loudoun clergy and faith leaders will hold a “Walking for Black Lives” march on Sunday, July 5, 2020. The event will begin at 7:30 p.m., at the Loudoun County Courthouse, in front of the Confederate soldier statue, and will conclude at the Orion Anderson Memorial on Harrison Street at the W&OD Trail.

Portions of East Market Street, Church Street, South Street, and Harrison Street, as well as the intersection of Loudoun Street and Church Street, will be closed and reopened in stages as the procession approaches and passes. The event will conclude at sunset, following several prayer readings.

I guess the health and safety of our community is not an issue for Dentler nor the town council when it comes to liberal protests.

Instead, the town is holding “wave parades,” where actors dressed as Uncle Sam and Lady Liberty will drive around the town of 55,000 residents and allow bystanders to wave to them.  I think the same should be afforded to BLM – have a few people march with signs and let the town wave at them.

The result of the Blue Wave and coronavirus that has infected Virginia.