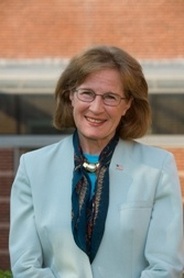 The long time Mayor of Leesburg, Kristen Umstattd, will seek the Democrat nomination for Leesburg Supervisor, a position now held by Republican Ken Reid.  Umstattd is a former member of the Leesburg Town Council, as is Supervisor Reid. She was first elected to the town council in 1992 and served until 200o when she became vice Mayor of Leesburg. She was first elected Mayor in 2002 and is now in her 7th term. [read_more]

“It’s not an easy decision, because I think mayor is the best job there is,” Umstattd said in an interview with Leesburg Today. “I think it’s a good time to move on to another challenge.”

“As far a being ‘combative,’ yes, I do fight for Leesburg and that’s what you have to do when the Board is controlled by the Eastern Loudoun districts,” Reid said in his statement. “As far as the public schools, my record shows voting against tax rates and budgets that short-shrift the public schools.”

Other democrats running for the board of Supervisors in Loudoun include Phyllis Randall running for Chairman and Andrew Resnick challenging Suzanne Volpe in the Algonkian district. Two democrats are vying for the nomination in Sterling to challenge Eugene Delgaudio. They are Tony Barney and Al Nevarez.

Would Mayor Umstattd’s sudden interest in higher office have anything to do with talk show host’s Mark Levin’s spat with Ken Reid?

Would Levin’s apparent support for Umstattd over Reid have anything to do with the Mayor’s career in the CIA’s Russian studies shop? Rather than a petty tax issue?

Russian Studies at CIA, it should be noted, has included both study of the official Russian government and Russian organized crime.

You should appreciate someone’s willingness to provide years of public service for their fellow citizens but I always have to ask myself do these people every consider when “enough is enough” and perhaps its time (in this case after 23 years) to let someone else step up with new fresh ideas and new approaches. Certainly in our Federal system there seems to be a growing trend among long term elected officials to confuse the office with themselves. Elected term limits are long overdue and would be healthy for our Republic.