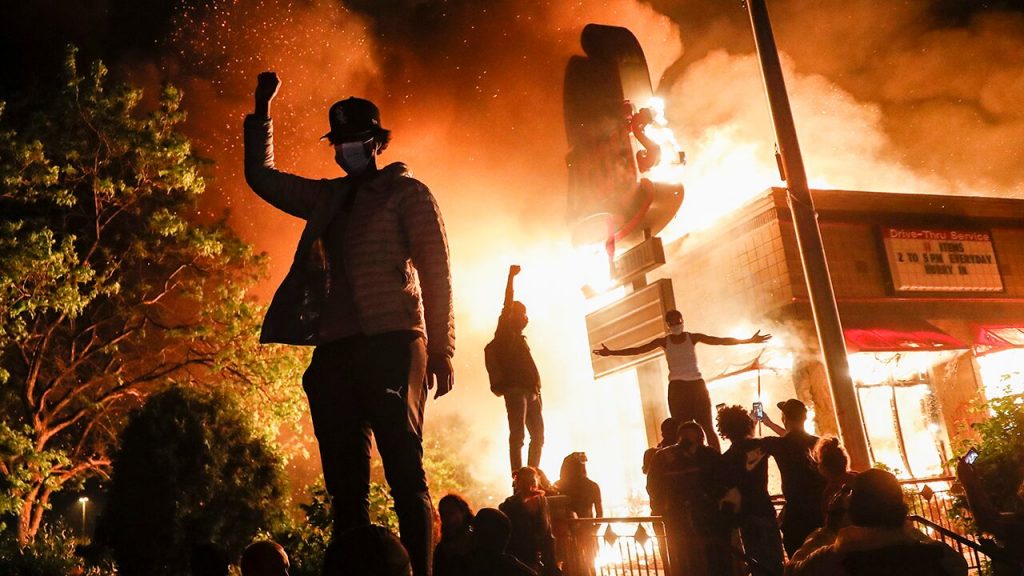 I do not see how a country can survive if half the population and one of its two major political parties are dedicated to its destruction. These people want to destroy everything normal people value and replace it with a totalitarian nightmare they call â€œglobalism.â€ This is war but only one side seems to be fighting.

Communist agitators have filled our population ranks thanks to indoctrination from colleges, universities, public schools, politicians at all levels of government, the mainstream media, and entertainment. Universities are no longer the seat of learning and of expression of divergent opinions but a â€œbedrock of extreme ideologies.â€

Tenured professors like the woman at the University of Alabama in Birmingham allegedly tweeted to teach rioters how to take down monuments. https://www.washingtontimes.com/news/2020/jun/1/univ-of-alabama-professor-instructs-rioters-on-how/

Sen. Joe McCarthy was vindicated, the declassified Venona Papers have proven that fact, but he was crucified nevertheless for telling the truth that we have many American communist traitors among us.https://www.nsa.gov/news-features/declassified-documents/venona/

Conservatives had hoped that the opposition party, the Republicans, would provide a divergent side to the ideological war that has been escalating for years. To the Republicansâ€™ Robertâ€™s Rules of Order strategy, the Democrats lie, cheat, beat, and steal with gusto. https://robertsrules.org/

They attack anybody who disagrees with them physically, legally, illegally, economically, psychologically, etc. Republicans call for and use proper legislative and legal procedures, reason, logic, civilized means of solving disagreement and conflict, and negotiations. Charles Maranto aptly wrote, â€œDemocrats have a crime family approachâ€ to conflict resolution. â€œRepublicans have been strategic and tactical imbeciles.â€

President Trump is but one man who is fighting a tsunami of well-organized and perfectly oiled Democrat machine with one goal in mind, to fundamentally transformation our â€œevilâ€ nation into the utopian socialism all Democrat politicians and their useful idiots followers and millennials want, a free for all Shangri La that never existed. They know, they are going to do communism â€œrightâ€ because they are smarter than anybody else.

It is nice to get involved in politics and pick and support the right candidates, however, until we change the mindset of the population to a state where they are proud of their own country as the best, most tolerant, and least racist country in the world, nothing will change, the decline to socialism and communism will continue. You must change the prevailing philosophy among the younger generations, a philosophy that says that America is evil and racist, none of which is true, on the contrary.

Do they understand what a bankrupt and tyrannical socialist state truly is? No, because their teachers, media, greedy and corrupt politicians, and Hollywood have lied to them since the 1970s.

I lived in the socialist nightmare Rep. Ocasio-Cortes (D-NY) advocates and demands, under the boot of the Communist Party, and it was not pretty:

–          Freedom, individuality, creativity, and entrepreneurship were crushed
–          If you did not work, you did not eat, welfare per say did not exist; the proletariat received a meager pay, â€œcommensurate to their effortâ€
–          If you spoke out, you were beaten, jailed, or killed
–          We lived in concrete apartments with little water, heat, and electricity
–          The Antifa-like government goons knocked on our doors and beat us up if we did not comply with the tyrannical rules.
If America goes, so will the rest of the free world. Europe survived the clutches of Hitler only because anonymous and heroic American boys and men fought and died for their freedom. We rebuilt Europe with the Marshall Plan. We protect Europe militarily still and, if we go, the rest will collapse as well into poverty and tyranny just like Cuba and Venezuela.

President Trump is trying to do the right thing for America, but he is one man, with little help from the Republican Party, and even if he wins again in November, that will only take us to 2024. What will happen after that? How fast will we sink further into socialist chaos at the hands of the Democrat Party lording over everything? Look what is happening to the Democrat-controlled cities and states and you will know exactly what will happen to America.