A Lesson in Classical Economics 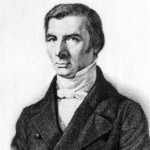 “There is only one difference between a bad economist and a good one: the bad economist confines himself to the visible effect; the good economist takes into account both the effect that can be seen and those effects that must be foreseen.”

Turning to page 15 we learn that:  “For universities, the effect is unclear because it is not known how many of the targeted students will win admission to four-year universities.”  The rest of the article outlines Republican objections to the move, including the fact that the Legislature refused to pass a bill that would permit exactly what the Attorney General just did.

The article does not note the effects that must be foreseen, as Bastiat would say.  Of course, the first impact is on the students who lose places to these “dreamers”.   Next, to the extent that these students replace out-of-state students, there is the loss of revenues to the universities, which must be made up somewhere else – taxes anyone?

But the real effects that must be foreseen are much more serious.  First, when the Virginia executive branch joins the Federal executive branch in ignoring legislation, we take another step down the road to arbitrary, lawless government.   Second, this action makes addressing the illegal alien problem more, not less, difficult to resolve.  Any reasonable reform must assure that we do not get another wave of illegals after “reform” addresses current illegal immigrants.  By following the President in announcing disregard for existing laws that apply to illegals, the Attorney General makes those of us who support reasonable reforms more wary.  If they will not enforce the current laws, why should we think they will enforce any new laws enacted as “reform”?

Given this lawlessness, I don’t understand how anyone could support “reform” legislation.

Rob Martin is a professional economist and semi-regular guest contributor at The Bull Elephant.