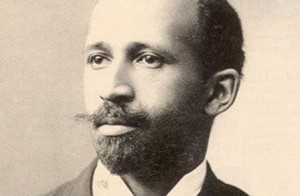 If past is prologue, then the experience of black Americans in the Jim Crow South demonstrates why protecting our Second Amendment rights is key to our future.

Not a lot of people (or at least, not enough people) realize this anymore, but the chief targets of early gun control efforts were black families. In fact, in his essay The Dark Secret of Jim Crow and the Racist Roots of Gun Control, Dave Kopel–the foremost scholar on the subject of the history of gun control–writes that the Ku Klux Klan was America’s first gun control organization. “The top item on the Klan’s agenda was confiscating arms from the freedmen, the better to terrorize them afterward.”

As Republicans strive to connect with black voters, we should not forget this history. Today there is only one party that wants black mothers and fathers to be powerless to defend themselves (hint: not the GOP). Black America still has the cultural memory of what it’s like to be unarmed in the face of tyranny and oppression. We should speak to that.

Which brings me to the real subject of this post, which is an important new book by Dr. Nicolas Johnson called, Negroes and the Gun:The Black Tradition of Arms.  Johnson guest-posted on his book on The Volokh Conspiracy:

When W.E.B. Dubois patrolled his home with a shotgun after the 1906 Atlanta race riot, he was an aberration. But not how you think. Dubois reports that he was unusual among his contemporaries because until that point he did not own a gun.

Dubois’s gun purchase and his aggressive statements following the riot were not passion-of-the-moment things that he would regret. They were part of a continuing engagement of the practice and philosophy of armed self-defense. As editor of the NAACP’s flagship magazine The Crisis, Dubois continued to champion armed self-defense as a core private interest. Indeed, in some instances, Dubois seemed to cast self-defense as a duty. After a lynching in Gainesville, Fla., he wrote: “No Colored man can read an account of the recent lynching in Gainesville without being ashamed of his people. Without resistance they let a white mob whom they outnumbered two to one, torture, harry and murder. In the last analysis lynching of Negroes is going to stop when the cowardly mob is faced by effective guns in the hands of people determined to sell their souls dearly.”

Read the whole article. Then buy the book.

Men with guns can and do oppress and terrorize men without guns. It’s happened before, and the surest way to make sure it doesn’t happen again is to protect our Second Amendment. And to do that, Americans of every color should vote Republican.