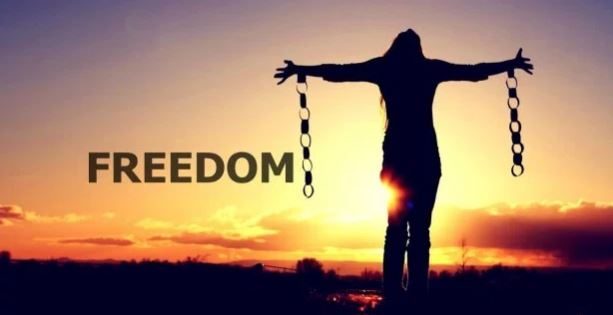 As Governor Northam and his band of Richmond Radicals continue to threaten to arrest free people exercising their pre-existing and constitutionally protected rights, I am wondering when the people will rise up and say, ‘Enough!’

And furthermore, the collectivist approach to the COVID-19 virus mirrors the socialist thought pattern that has brought us gun control, Obamacare, corporate and private welfare and government surveillance over virtually every form of communication.  The thought process being that each of us must surrender our rights for the good of the ‘many’, whoever that might be.

Fear is a powerful tool for government to use to rip away virtually every liberty found in the Bill of Rights.

I could go on and on.

This is socialism at it’s very worst.  Where your God given, individual liberty is trampled beneath the banner of protecting ‘society’, whatever that is.

All across the Commonwealth on Easter Morning, Christians met secretly to celebrate the Resurrection of Jesus Christ.  They did not meet secretly out of fear of sickness, but rather out of fear of government. And by doing so, each risked being fined or caged on the whim of a tyrant in Richmond.

And this shows just how, the people, have allowed our own government to become the very government we rebelled against in 1775.

The British taxed us for our own good…  the British attempted to seize our firearms to protect us from ourselves…  the British told us what we can buy and from whom while also taxing us to do so…  the British banned colonists from peacefully assembling…the British required passes to travel from one area to another…sound familiar?

Easter is re-birth, the conquering of death.  Out of the darkness light was brought forth and a new birth of freedom from fear.

It is my greatest hope that we, as a people, also join together in a re-birth of liberty and take back our Commonwealth.

All around us we see Virginians cowering in fear, and I must ask, fear of what?  Getting sick and possibly dying? If so, you should have a greater fear of government, for in the past century government killed over 20 million of its own citizens.

But even more, we should not fear the government…it in turn should fear us.  A free and independent people who refuse to allow their individual liberty to be destroyed by government or fear.  The collectivists, the socialists and the ‘do gooders’ will condemn us for threatening society by exercising our God granted, individual rights; let them.

For the individual is the smallest minority and realizing this, our Nation was founded as a REPUBLIC and not a democracy.  For in a republic the rights of one individual are more powerful that the votes of the collective, no matter how many there are.

For our rights come from our Creator, not government.  Government cannot create rights, only destroy them.

And for those that are willing to sacrifice liberty for perceived security, I echo Samuel Adam’s thoughts when he said, “If ye love wealth better than liberty, the tranquility of servitude better than the animating contest of freedom, go home from us in peace. We ask not your counsels or arms. Crouch down and lick the hands which feed you. May your chains set lightly upon you, and may posterity forget that ye were our countrymen.”

America, and by extension Virginia, was founded as the last free place on earth.  My family came here in 1748 to escape the destruction of their liberty and an oppressive government in the Scottish Highlands following the Battle of Culloden.

And I will be damned if I allow that same tyranny here.

It is time for a new revolution, one that will restore Virginia to its original calling, to be the land of the free and the home of the brave.

Not the place where citizens shelter in place, fearing government or a virus.  There are hundreds of countries worldwide where you can bow down and lick the hands that feed you.  If that is what you wish, then I encourage you to go there.

However, for me, and for anyone who holds our liberty and our Founding Principles dear, the time has come to refuse to comply with the decrees from the Governor or the ‘tyranny of the majority’ in Richmond.

Liberty is a road you rise to meet.

We did not fight for freedom to allow it to be voted away by collective socialists.

To close, again quoting Samuel Adams, “The liberties of our country, the freedoms of our civil Constitution are worth defending at all hazards; it is our duty to defend them against all attacks. We have received them as a fair inheritance from our worthy ancestors. They purchased them for us with toil and danger and expense of treasure and blood. It will bring a mark of everlasting infamy on the present generation – enlightened as it is – if we should suffer them to be wrested from us by violence without a struggle, or to be cheated out of them by the artifices of designing men.”

It truly is time to Restore Virginia Now.