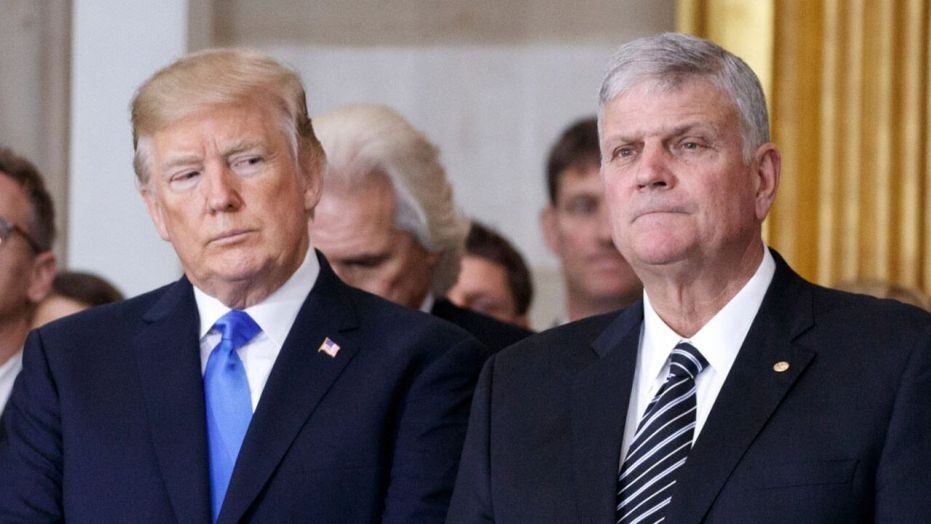 Liberals have always said that they despise “bullying” and “shaming”, but that doesn’t apply to Trump backers. The left has tried for 3 years to separate Christian voters from Trump, a key part of his voting base.

Well, this week they had an excuse to start some shaming. Mark Galli, I have never heard of him, wrote on a liberal site, Christianity Today, I have never read it before, that Trump should be impeached for his behavior. He never mentioned any High Crimes or Misdemeanors, which is required by the constitution, rather he suggests Trump is not a Christian and a bad person. Neither charge is impeachable.

Well, CNN gave Galli some airtime, something that they would never ordinarily do, but since he was attacking Trump they offered him some time.

So the other Never Trumpers used this opportunity to join in. Now Franklin Graham came to the defense of President Trump tweeting:

“I hadn’t shared who my father @BillyGraham voted for in 2016, but because of @CTMagazine’s article, I felt it necessary to share now. My father knew @realDonaldTrump believed in him & voted for him. He believed Donald J. Trump was the man for this hour in history for our nation.”

CNN’s token Republican and Never Trumper Matt Lewis responded with:
“In one tweet, you have undermined a legacy and a Christian witness that your dad spent a lifetime cultivating. Congrats?”

“For what shall it profit a group of believers if they own the libs, but lose their own soul?”

Lewis is saying that Billy Graham was less of a Christian for voting for Trump, and other Christians who back Trump risk losing their souls! Nonsense, the New Testament does not talk about politics. On judgement day God will not ask you how you voted.

The President is not a pastor. He does not need to have the moral rectitude of a deacon in the LDS Church. The President is the head of the executive branch of government. Who do you want to have the power to sign legislation and veto legislation? In 2016 Evangelicals chose Trump over Hillary for a multitude of reasons. BTW Most CNN employees voted for Hillary.

In Lewis’s mind a Christion should vote for a Christian. But Christians like most voters decide who to vote for based on issues, and what they actually do in office. Voting for Trump doesn’t mean that they think he is a Christian or even a good person.

Why wouldn’t Christians like Trump? President Trump is the most conservative President since Ronald Reagan. He is pro life, pro law enforcement, pro Israel, and appointed a judge to the Supreme Court who says Merry Christmas. Great conservative judges.