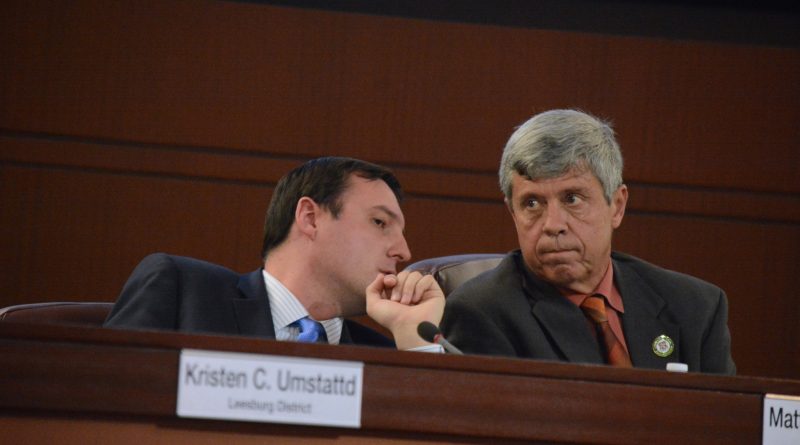 Letourneau’s plan, which would have to be voted on by the Loudoun County Board of Supervisors, spells out how the rapidly growing county will pay its share of the funds needed to save the failing regional transportation system if the Special Tax Districts created to fund county’s share of operating and maintenance expenses fail to generate enough revenue.

When Metro was approved Loudoun’s share of the Silver Line capital costs were estimated at $270 million and annual operating costs were projected to be between $10 and $20 million dollars.

For all of the tax money, Loudouners will pay for Metro, the county will gain only two miles of track.

Letourneau’s tax hike proposal would add $5 to the price of every bottle of local wine sold, $1 to every glass of local beer poured, $20 to every round of golf played and $50 to the fees charged the parents of each child playing on an organized youth sports team.

When asked about the impact of these fees, Letourneau said:  “Yea sure, raising taxes hurts Loudoun families and small businesses, but it’s a small price to pay to help the rich developers who own land along the Silver Line, these guys are going to transform our county!   Besides, people are having too much fun in Loudoun County. They should be home studying coordinated regional local government policy like me!”

Affectionately known as “Metro Matt” to county residents, Letourneau is an unabashed Metro cheerleader.  His proposal includes $300,000 to erect marble statues of one Metro Supervisor at each entrance of the county’s three new Metro Stations.  “I’m thinking Scott (York) at the airport, me at Loudoun Gateway and Ralph (Buona) at Ashburn. I found this pigeon resistant Italian marble on Amazon.   It’ll be great. We’ll probably have to wait for future stations to open to put up statutes of Shawn (Williams) and Ken (Reid). Only by seeing our likenesses every day will the public truly appreciate our vision and understand the reasons for the higher taxes, underpaid teachers, crowded schools and clogged roads they’ll have to endure for years to bail out a generation of serious Metro financial mismanagement,” he said.

Former Supervisor Ken Reid (R-Leesburg), the swing vote on Metro approval, has not been seen publicly in months and could not be reached for comment.

Thomas Sanders is the former president of Blue Lion Computer Sales, Inc.  Prior to moving to Loudoun County, he lived in Cumberland Maryland, Fairfax County Virginia, Atlanta Georgia and Florida.

Thomas Sanders is the former president of Blue Lion Computer Sales, Inc. Prior to moving to Loudoun County, he lived in Cumberland Maryland, Fairfax County Virginia, Atlanta Georgia and Florida.