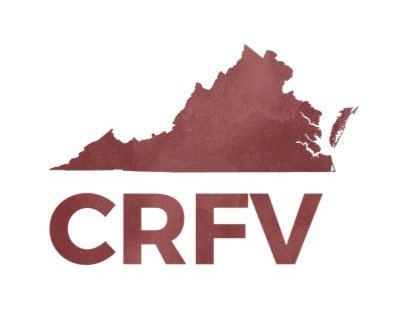 Ultimately, I believe I was fired for doing my job as the 6th District Representative for the CRFV (College Republican Federation of Virginia). I had the responsibility to fight for and defend our elected officials in both the House and Senate. In that regard, I advocated for the CRFV deployment to go to Delegate Tony Wilt, who has the most competitive race in the 6th district. The annual College Republican deployment can decide whether we win or lose a race. The deployment is a decision decided by “the Board”, per the constitution, of the CRFV which is made up of the Chapter Chairs and the Executive Board. I had been gathering up support since March from Chapter Chairs across the Commonwealth to bring the deployment to House District 26 for Tony Wilt. In late May, Chairwoman Courtney Britt announced in a conference call that the deployment would be decided by the executive board and that there would be no vote. No one, except her executive board, received any prior notice that this would be happening. The only reason we found out how the deployment would be determined is because someone asked about it.

This decision caused concern and anger from Chapter Chairs, who then expressed their concerns to me. I then scheduled a call with Chairwoman Britt the day after the CRFV conference call and expressed my concerns and those of Chapter Chairs. She firmly stated that the decision would be made by the executive board and if anyone was concerned then they could speak to her directly. I relayed the message to those who were concerned and they were still upset. The dissent towards this decision grew when it was discovered that the bylaws and CRFV constitution support the argument that the Chapter Chairs do indeed have the authority to vote on the deployment.

Article VII Section 1 and 2 of the CRFV define “the Board” as well as explain that the Board has full authority over all Federation business except where inconsistent in the Constitution.

Section 1. The government of the Federation shall be vested in the CRFV Board henceforth referred to as “the Board”. The Board shall consist of the Officers of the Federation and the Chairman of each member Chapter. The Chairman Emeritus and all Appointed Positions shall serve as non-voting members of the Board.

Section 2. The Board shall have full power and authority over the affairs of the Federation except where inconsistent with other provisions of this Constitution.

Nowhere in the constitution does it mention the deployment nor that the deployment is decided by the executive board. Given this is official Federation business, the Board has full authority to decide and vote on the outcome of the deployment. Chairwoman Britt knew this and plans to move forward with her violation of the CRFV Constitution. She has kept the possible locations of the deployment in secret and has taken little to no input from other chairs. However, she did claim that if anyone had suggestions that she would be willing to hear their proposals, but when chapters sent her ideas for the deployment, they did not receive a response. All of this could have been resolved with a single phone call, but Chairwoman Britt decided that a lack of communication with members of her own team was the best path forward. She claims that I was not carrying out the goals of the CRFV, yet she did not call me or communicate to me once what her position was on the deployment or any agenda that she had in mind.

Delegate Wilt has a tough race, but I understand that other candidates are in greater jeopardy. Areas like Virginia Beach and Richmond would benefit more with the CRFV deployment than Delegate Wilt and Senator Obenshain. That is why I stopped lobbying for votes after I realized the deployment would be put to better use in other areas of the Commonwealth. If it was the desire of Chairwoman Britt to have the deployment in contested races in Virginia Beach or Richmond, she simply had to make a phone call. Instead, she remained silent and removed me from my position for dissenting against her violation of the Consitution she took an oath to uphold. Her failure to communicate and failed leadership is what has led the Federation to be so divided.

The College Republicans play a crucial role in our elections and it is insulting that Chairwoman Britt would go against the wishes of the majority of chairs and dismiss their concerns. Instead of trying to heal the division within the Federation, she is currently campaigning to be Southern Regional Vice Chair for the National College Republican Committee. She wants a promotion after showing such incompetence and negligence towards our Consitution. If she truly wants to lead the College Republicans, she should allow for the Chapter Chairs to vote instead of furthering her own agenda and career.

Michael Walsh is currently the 1st Vice Chair of the Harrisonburg GOP, former College Republican Chair of JMU, and the Political Director for Senator Mark Obenshain.