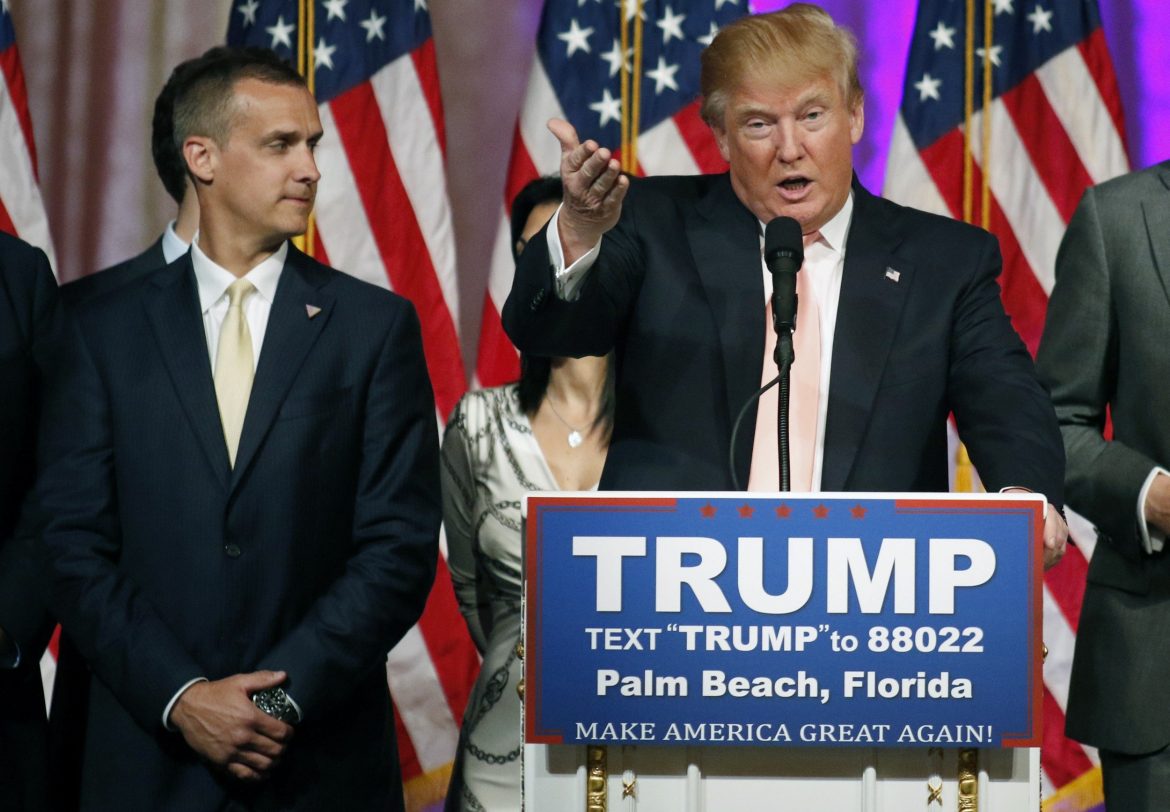 “The President surrounded himself with people who didn’t support his campaign, the globalists, the elitists, the Harvard educated Rhodes scholars, CEOs of Wall Street who never wanted to see Donald J. Trump successful and unfortunately there are parts of the Woodward book which I believe to be true,” Lewandowski said.

Along with the anonymous Op-Ed piece in last week’s New York Times, it’s a coordinated effort to influence the upcoming mid-term elections.

White House Press Secretary Sarah Sanders sums it up nicely: “This book is nothing more than fabricated stories, many by former disgruntled employees, told to make the President look bad.”

White House Chief of Staff Gen. John Kelly rubbished one of Woodward’s juicier claims featured in a Washington Post excerpt, saying “I never called the President an idiot,” while Defense Secretary Gen. James Mattis fired back at Woodward with both barrels, saying the author’s allegations, “were never uttered by me or in my presence…the idea that I would show contempt for the President from within DOD [Department of Defense] is a product of someone’s rich imagination.”

President Trump weighed in on Twitter, harpooning the quotes and stories in the book as “frauds, a con on the public…Woodward is a Dem operative. Nice timing!”

Meanwhile, Woodward, staring at a nice book sales payday from the Trump-haters and never-Trumpers who will surely buy the latest “See, Trump is bad!” book, told the Washington Post he stands by his reporting.

On my Sept. 5 radio show, former Trump campaign manager and POTUS informal advisor Corey Lewandowski blew the lid off the “saboteurs in the West Wing.”

Lewandowski, co-author of the bestselling campaign book “Let Trump Be Trump” with Trump deputy campaign manager Dave Bossie, has a new expose coming out in November: “Trump-The Enemies from Within.”

“The President surrounded himself with people who didn’t support his campaign, the globalists, the elitists, the Harvard educated Rhodes scholars, CEOs of Wall Street who never wanted to see Donald Trump successful and unfortunately there are parts of the Woodward book which I believe to be true,” Lewandowski said.

“Where it says Rob Porter and Gary Cohn took papers off the President’s desk because they didn’t want him to sign it, where they thought that what the President was doing was not in the best interest of the country, because it didn’t conform to the Globalist agenda of making sure we’re not putting America first, which is what those guys believed in,” the former Trump campaign manager maintained.

“If you look at the sourcing in this book, I believe Bob Woodward has Rob Porter and Gary Cohn on tape saying these things, because they never supported the Trump agenda, they didn’t vote for him on election day, they went into the White House thinking it was going to be good for them. Don’t forget, Gary Cohn went into the White House for one year to get a massive tax break for leaving Goldman Sachs where he was never going to actually become the CEO of the company. That’s what he wanted to be, so he left that job to come to the White House.”

“The main people Woodward sourced weren’t there to serve the government. They were there to further their own professional careers. I’m sure the staff secretary [Rob Porter] thought he was going to be appointed to be a Federal judge, and that was his primary goal. I’m sure Gary Cohn thought he was going to be the next Chief of Staff or the CIA Director, which are positions that he wanted, or the Fed Chair…They weren’t there to serve the President. This was all set up by Reince Priebus at the beginning, who never supported the President, either…If Donald Trump wants to be successful, he has to make sure that people like this, that are talked about in this Woodward book, are no longer inside that building.”