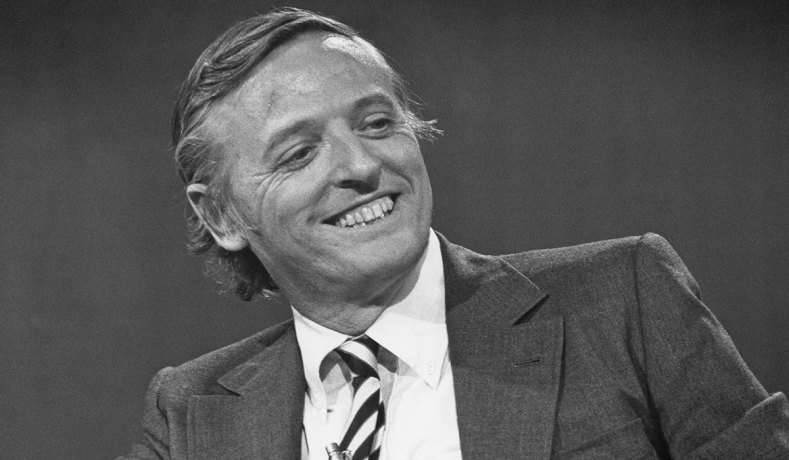 For three years now CNN has brought pundit Matt Lewis on to denounce President Trump, and all the while a rotating and interchangeable hack at CNN, usually Brooke Baldwin have dutifully called him a Republican.

Well, today he was on again with Brooke Baldwin and he broke some news. He said he voted for Joe Biden in the Democrat party. Why on earth that counts as news I don’t know, but I guess it gives them an opportunity to promote the Biden candidacy and denounce Trump. Always fun at CNN.

Based on what Lewis said in the interview it seems that Lewis has not voted for a Republican Presidential candidate since at least 2012. Yet CNN continues to claim that he is a Republican!

This morning Lewis posted a piece on the left wing site the Daily Beast, where else can you expect to find the writings of conservative pundits, explaining his vote today for the liberal Democrat Biden.

The most audacious claim Lewis makes in his piece is that he is following the advice of the patron saint of the conservative movement, William F. Buckley, by following the Buckley rule.

Either Lewis does not understand the Buckley rule, which is possible, or he is twisting it. Lewis writes “that is he supporting the most conservative candidate who has a chance to win.” By winning Buckley clearly meant beating a liberal in a general election.

Lewis admits that he voted for a less liberal candidate in the Democrat primary, with the purpose of defeating a conservative Republican President.

Lewis rationalizes that since Biden is “more conservative” than the socialist Sanders, well who isn’t, then he is being faithful to the Buckley rule. Well, Friedrich Engels was probably to the right of Karl Marx, but I doubt Buckley would have encouraged people to vote for Engels if the opportunity arose.

The origin of the Buckley rule dates back to the 1964 Republican nomination battle. The debate was over who should conservatives back for President. Republican Governor Nelson Rockefeller, considered more electable, or Barry Goldwater the more conservative candidate.

After a long debate, Buckley said that the “National Review will support the rightwardmost viable candidate.” The word viable does not necessarily mean most electable. This is an important distinction. So they backed Barry Goldwater. He was conservative. Rockefeller was not.

Lewis may not like Trump, but no one can argue that Trump is not a constitutional conservative. He has cut taxes, deregulated the economy, appointed over 150 conservatives to the bench, including two SCOTUS picks. Trump has rebuilt the American military and Trump is enforcing our immigration laws.

All conservative positions. All the things Buckley would have supported and things Biden opposes.

The other problem with Lewis asserting the Buckley rule is that there is no evidence that Bill Buckley encouraged anyone to vote for Joe Biden in 1988, the first time Biden ran for President.

Buckley was writing about politics in 1988 and at least I don’t recall Buckley mentioning the need for voting in the Democrat primary for Joe Biden.

Joe Biden is a pro choice Catholic. He has a 40 year liberal voting record, opposing all of Bill Buckley’s beliefs. For Lewis to cite the Buckley rule as a reason to back Biden is offensive to all conservatives.

In his column Lewis admits “Still, voting for a Democrat feels utterly unnatural, and politics makes for strange bedfellows.” Well, all last year Lewis was praising Nancy Pelosi. So by now he should be comfortable voting for Democrats.

Last month Lewis endorsed Amy Klobuchar. Now that she is out he is back to Biden. She should have stayed in the race. She would have gotten Lewis’s vote.

Lewis Butchers the “Buckley Rule” to Justify Voting For A Liberal Democrat was last modified: March 5th, 2020 by David Shephard