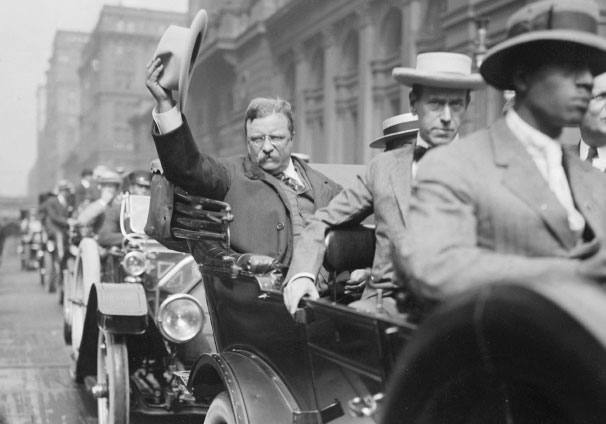 One of the reasons why Republicans continue to win more and more seats at every level of government is that liberal Democrats are committed to rhetoric which simply does not resonate with average Americans. The fearmongering on the left is so constant, pandering obviously to only the very very poor, the very very helpless, or the very very liberal, that they simply no longer have language capable of reaching average Americans.

Plus, when you have Democrats storming cable news saying things like, “Obamacare is affordable” or “Everyone knew premiums would go up,” then you simply lose viewers who know perfectly well that such statements are patently false.

Most Democrats are simply overly sympathetic people; that is, people who empathize with the poor and those they feel don’t get a fair shake from society. When they hear tales of suffering, they want government to step in and provide a solution. Because solutions are easy, in their minds: take money from the haves and give it to the have nots.

However, most middle class Americans understand that the people getting raked over the coals is them—not the super rich. I dare say, the middle class in Canada or Australia have more economic opportunities than the middle class in America – especially if they want to open and operate their own business.

The Middle Class doesn’t seem to like the Republican Party very much, but they will always vote their wallets. They have the most to lose from liberal policies and I think, unconsciously, they understand this.

As the Democrat Party continues it’s march to the left, Republicans have capitalized by picking up ground among moderates and others not traditionally within the Republican orbit. This has put the GOP between a rock and hard place, with absolutely no way to keep both the center and the right satisfied simultaneously. Someone is going to be pretty upset.

However, this is why populist anti-partisanship also seems to be working well. Most voters understand that partisanship isn’t going to help them. They just want leaders who “talk sense” and who “speak their language.”

But this leaves us with a different set of problems: those of populists who, not being grounded in partisanship or ideology, fail to build genuine and durable coalitions for governing. A handful of populists can’t change the system and getting populists to agree with other populists is damn near impossible considering that you have Bernie Sanders populists and Donald Trump populists.

Representative government is all about building coalitions and I wonder if we’re simply beyond that for the time being. If no popular coalitions amongst the people are possible, then government really is there for the highest bidders and no amount of rhetoric, liberal or conservative, will be able to mask the fact that average Americans are getting screwed. This ought to help populist candidates in the future, on both sides of the aisle, as more and more Americans consider themselves “independent” and are looking for “leaders they can trust”.

I no longer believe this is liberal versus conservative. There are people born and living in America who no longer see themselves as Americans but as globalists. Trump won the votes of the American citizenry who still value America as a nation.

First people left the cities for the suburbs. Then they left the suburbs for another state. Next they will leave the other state for another country. Does that count as globalism or just saying the hell with it?

You go where you are treated best if you can. What concerns me is those people who have abandoned America ideologically not physically. President Obama was not an American but a globalist and possibly worse, an anti-American globalist. I include the constant stream of abuse directed at American citizens, including Trump himself, that are intended to damage not only the president but the country.

we agree again! I have LONG thought – meaning, for MORE THAN A DECADE – that political interests and money following those interests were roughly orbiting two large ‘planets’: the ‘planet of interests that tend toward having corporate ties, financial commitments, cultural aspirations, and the like OUTSIDE our ‘nation’ and the ‘planet’ of interests that tend toward local bonds, investments in local, state, national – in other words ‘American’ – prospects, and pride in achievements, great and small, grand and simple, or ‘American’ culture. we might, perhaps, fail to agree on what that pride and support and focus on ‘American’ values means.