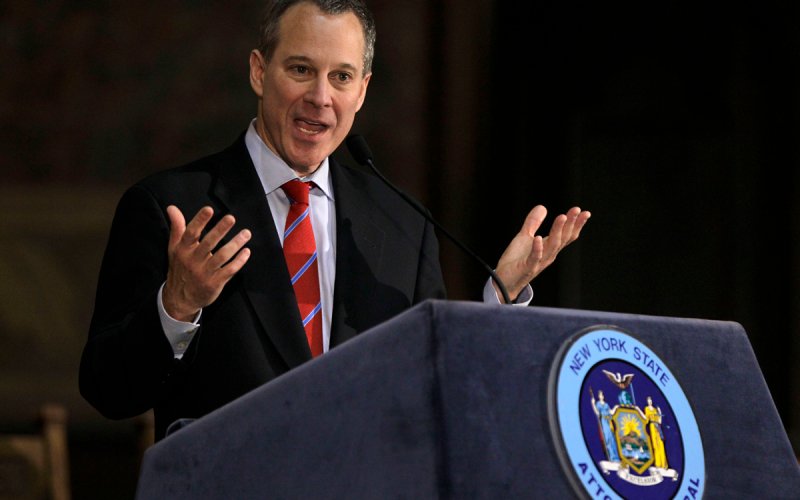 Liberal state attorneys general Maura Healey of Massachusetts and Eric Schneiderman of New York have refused to comply with congressional committee subpoenas about their civil investigative demands for documents regarding the climate speech of Exxon and various conservative and libertarian think tanks and nonprofit organizations. Healey called the congressional inquiry into these state efforts to undermine the First Amendment “dangerous overreach by the Committee and an affront to states’ rights.”

These state prosecuting officials unilaterally issued their administrative warrants for documents dating back decades, completely skipping the Fourth Amendment process of showing probable cause under oath and affirmation before an impartial judge.

Even though no litigation or judicial oversight existed, Healey, Schneiderman and other leftwing state attorneys general collaborating under the name â€œAGs United for Clean Powerâ€ also signed a â€œcommon interest agreement,â€ a document sometimes used by private litigants on the same side of a case to share communications under the privilege of confidentiality for purposes of litigation.

The liberal AGs within this possibly lawbreaking and certainly First Amendment-violating combination are not only ducking congressional subpoenas, they have used their secrecy pact as an excuse to ignore Freedom of Information Act requests about their collaboration with Al Gore and various leftwing climate organizations in instituting their investigations.

In other words, they are combining investigatory and prosecutorial powers claiming the secrecy and unaccountability employed by the dreaded and discredited Star Chamber used in England over a century before the American Constitution and Bill of Rights. Fancy that!

It was never intended that police, prosecutors or others in the executive branch of government had power to unilaterally issue warrants to search or seize. It is inconceivable to Americans, for example, that police may issue their own warrants to enter our homes. Unlike the â€œreasonableâ€ authority of police to act in emergency circumstances to protect life and property from more immediate harms, warrants issued to police or prosecutors are judicial acts requiring oath and affirmation of probable cause before they may be employed.

The Fourth Amendment contemplates â€œthe potential for incumbents to deploy state power to undermine the persons and reputations of [their political] opponents,â€ and its â€œinspiration and purposeâ€ was â€œreally about the protection of political dissent,â€ as Huq chronicles.

The separation of powers and careful â€œobservance of interbranch protocolsâ€ are essential in the issuance of warrants under â€œthe institutional architecture of the Fourth Amendment.â€ That means â€œsomeone independent of the police and prosecution must determine probable cause,â€ which requires the â€œneutrality and detachment demanded of a judicial officer,â€ one reads from Professor Huqâ€™s analysis.

The history of the requirement of judge-issued warrants to protect political dissent was plainly, if briefly, described by Justice Louis Powell in United States v. United States District Court [2]. Rejecting a warrant issued unilaterally by the U.S. Attorney General directed at potential domestic subversives, Powell noted, â€œFourth Amendment protections become more necessary when the targets of official surveillance may be those suspected of unorthodoxy in their political beliefs.â€

Powell describes how warrants must be issued by â€œneutral and detached magistratesâ€ where the â€œrequirement of â€˜probable causeâ€™ [ensures] baseless searches shall not proceed.â€ This is needed even â€œto check the â€˜well-intentioned but mistakenly overzealous executive officersâ€™ who are part of any system of law enforcement.â€

The separation of powers is therefore inherent in the Fourth Amendmentâ€™s warrant requirement, which is not only essential to preventing a â€œpolice state,â€ but is historically based in protecting First Amendment and property rights. Warrants issued only by neutral magistrates after receiving probable cause under oath and affirmation is key in protecting the Fourth Amendment â€œright of the people to be secure in their persons, houses, papers, and effects.â€

Whether neutral judges would have refused to issue the warrants sought by the liberal state AGs to probe and infringe on climate speech, we do not know for sure. But that is beside the point. Unilaterally issued administrative warrants like the ones used in the state climate speech probes are institutional violations of, and impossible to reconcile with, the Fourth Amendment. Until Congress and state legislatures act to eliminate their use, executive branch officials will continue to employ them to infringe on the right of political, scientific, and other dissent.

Mark J. Fitzgibbons, Esq. is an attorney and co-author with Richard Viguerie of “The Law That Governs Government.”

No such thing as man made global warming. Merely a fraud so the government can tax the air you breath..This fraud has cost taxpayers trillions of dollars.