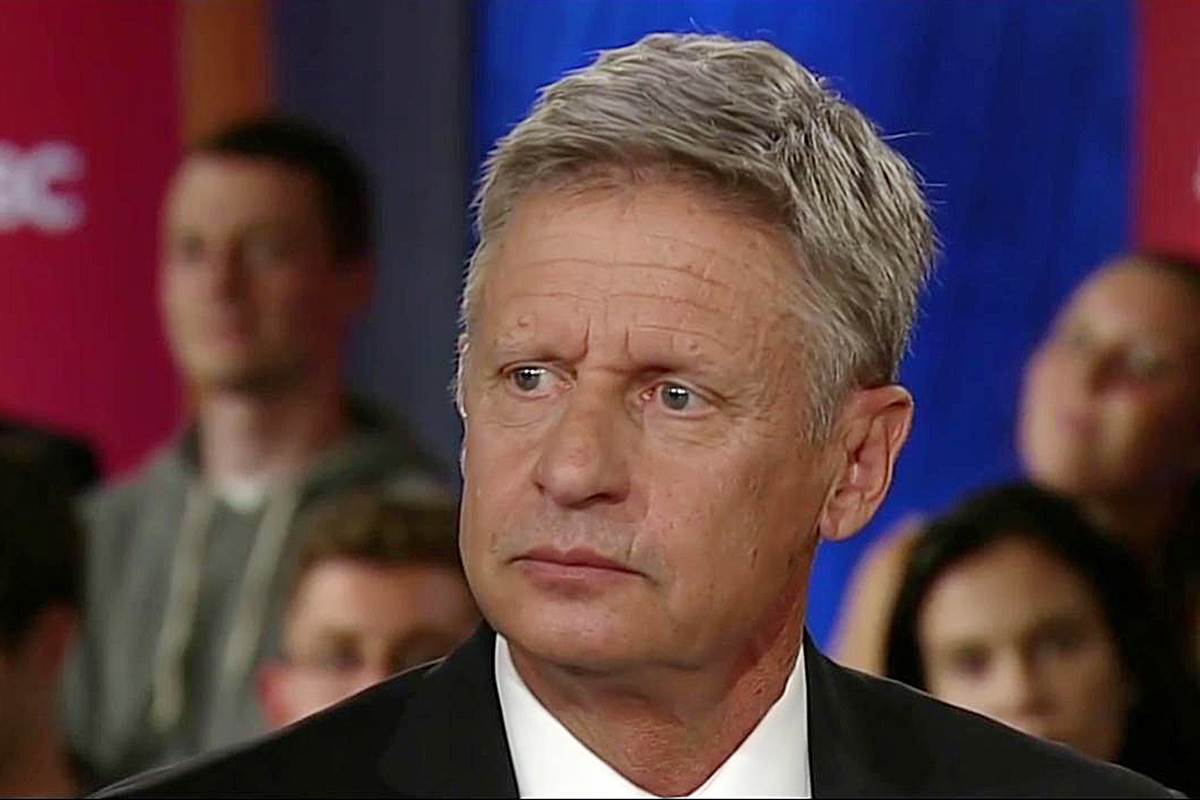 When MSNBC host Chris Matthews asked Gary Johnson to name one foreign leader whom he respects, Johnson couldn’t do it:

Even worse, 24 hours later he tweeted,

“It’s been almost 24 hours…and I still can’t come up with a foreign leader I look up to.”

“Aren’t you glad you’re not supporting this dope?”

yes, now you decide to whom I’m referring bc that comment is applicable to more than Mr. Johnson

I chalk this up to the effects of frequent cannabis use on hippocampal activity during an associative memory task. It’s a growing area of medical research investigating the neurotoxic potential of cannabis on human brain function. Most studies have focused on the non-acute effects of frequent cannabis use on hippocampus-dependent associative memory, using Magnetic Resonance Imaging (MRI). Maybe he and Hillary could schedule a joint appointment to run some MRI tests, one has attention and memory issues and the other can’t stand up.

Totally misleading headline. He did not immediately come up with the name of a foreign leader whom he respects and “looks up to” to use Matthews’ phrase. Big deal. It’s a sad day in America when self-described conservatives prefer a candidate who admires a totalitarian like Putin. Pathetic.

That’s exactly who I thought of!

The Doctor:
He was unable to think of anyone, highly respected or not, when asked. He eventually said he guessed he was having another Aleppo minute and then said one of the past Presidents of Mexico but could not think of his name. His running mate then named a couple and he picked Fox. I thought it had to do with his marijuana use which might have affected his memory.

Jeanine, this is the very first time I’m going to disagree with you. (Alert the media). Note the phrase “whom he respects.”

Can’t fault a person for not liking politicians. (I’m assuming that he is thinking of current politicians as opposed to former ones). I can only think of one, myself. And, I’ll bet that there are many people who can’t think of any. Politics is a very dirty sport and most players are not nice people.

Watch the video, you will see that he couldn’t think of any foreign leaders.

This is the standard bearer for Libertarian philosophy and political acumen — I can see why they’re scuttling off the sinking ship toward the GOP.

Oddly, the Dems are spending money against the LP. Normally they ignore the LP. Any idea why?

Only thing that makes sense is they think they are losing too many votes to Libertarians.

Must be difficult to whip millions of democrat special snowflakes.

Bur do they ALL have to resettled at The Bull Elephant?

I think Bearing Drift is the NGO paying the bounty.

False. He was not asked: “Name one foreign leader.” He was asked to name one whom he respects and looks up to.