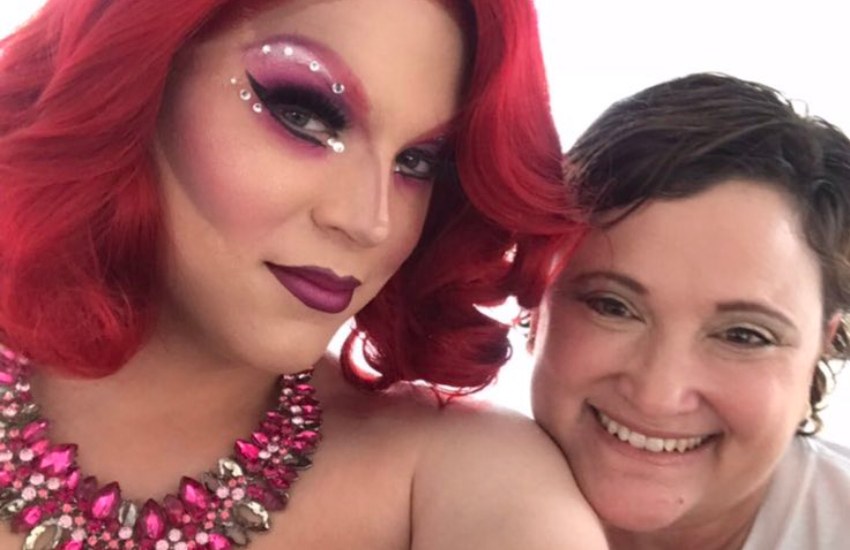 As a conservative with libertarian leanings, I have no quarrel with drag queens. If men want to dress like womenâ€¦ thatâ€™s not my thing, but itâ€™s a free country. If men like to dress like women and sing in nightclubs, thatâ€™s fine, too. Some are very entertaining â€” and they arenâ€™t hurting anybody. But I draw the line at normalizing crossdressers with children. And I do have a problem with public, tax-funded libraries hosting drag queen storybook hours for kids.

Hunter Hollar, a resident of Crozet in Albemarle County, has similar reservations. When the Jefferson-Madison Regional Library hosted a virtual program, â€œDrag Makeup for Teens,â€ he objected. He finds it amazing that the library, instead of promoting great books and artistic material, would â€œsee fit to involve teens in drag make-up.â€

He wrote the library to express his concerns. R. Timothy Carrier, young adult services manager, wrote him back. The libraryâ€™s mission, he said, is to foster â€œpersonal growth and life-long learning for all by connecting people with ideas, information, and each other.â€

If you thought of libraries as mere repositories of books accessible to the public, you are very much out of date. Yes, books still have a prominent place, but librarians see their role as community facilitators nowâ€¦. fostering personal growth and life-long learning. Iâ€™m willing to stand corrected, but in my observation the â€œpersonal growthâ€ and â€œlife-long learningâ€ to which Carrier refers is tilted toward the secular, cultural left.

Ideas for events, wrote Carrier, come from many sources, including staff and patrons, other libraries and â€œsubjects of current interest in the community.â€

Young Adult programs are also discussed with teens in the Teen Advisory Boards meeting at several JMRL branches, including ideas suggested by members of the group. In addition, many programs are conducted in partnership with individuals or organizations with expertise on a particular subject, and a form is available for anyone to request a partnership with the Library in presenting a program.

Libraries, said Carrier, â€œshould actively seek to include a variety of programming options representing diversity of genres, formats, ideas, and expressions with a multitude of viewpoints and cultural perspectives that reflect the diversity in our communities.â€

The Library recognizes that not every program or theme will be suited for everyone, and many offerings are made available year-round to reflect the interests of different members of the community.

That sounds anodyne. Hereâ€™s my question: How â€œdiverseâ€ are the viewpoints and cultural perspectives that are typically found in libraries these days? How often do libraries serve as venues for people with traditional, conservative perspectives? Would a Charlottesville-Albemarle public library sponsor a program that, say, explored the artistry and aesthetics of Confederate war memorials?

As evidenced by the conferences speakers of the recentÂ American Library Association annual meetingÂ â€” speakers range span the spectrum from the left wing to the non-political, not a conservative in sight â€” libraries are increasingly dominated by environmental and social-justice warriors. Do such librarians seek out â€œdiverseâ€ perspectives different from their own â€” e.g. conservative perspectives â€” or do they gravitate toward groups, ideas, and causes with which they identify?

If a library were privately owned and funded, I would have no complaint. People should be free to sponsor whatever causes they wish. But public libraries areâ€¦ public. They are maintained by public tax dollars.

Perhaps I am over-reaching. A cursory review of the Jefferson-Madison Regional Library events for teen and adult programs pages reveals no events of a particularly controversial nature in the current line-up. Perhaps drag queen reading hours and make-up sessions are the exception, not the rule.

Alternatively perhaps the libraries serving the Peopleâ€™s Republic of Charlottesville accurately reflect the political and cultural views of most citizens, while libraries in, say, Galax or Goochland, have a very different tenor.

But I think it is an issue worth exploring. The left has conquered the mainstream news media, Hollywood, higher education, the New York book publishing industry, museums and other cultural institutions. Why not community libraries as well? The difference is that the media, Hollywood, and nonprofit museums are not supported by tax dollars. Public libraries are.

I would like to hear from readers. What experiences have you had with your local libraries? Have they brought the culture wars to your community?

The problem is that physical libraries with shelves of books have a substantially reduced mission because of the internet. It used to be you went to the library to physically use the Encyclopedia Britannica. Now the library or you can subscribe to it online. Since libraries are in search of a mission and, at the same time, are ideologically leftist, you get them inserting themselves into the culture without restraint. Thus drag queen story hour.

A few thousand Afghanis worked as interpreters and guides for US forces in Afghanistan. Now that our troops are leaving, these people and their families become targets for the Taliban. Already there are press reports of two former US interpreters being beheaded by Taliban.

Yesterday, the House of Representatives passed H.R. 3985, which opens up 8,000 visas to America for the Afghans who came to our aid. Representatives across the spectrum voted for it â€“ including all four of â€œthe Squad.â€ The vote was nearly unanimous.

It so happened that 16 Republican Congressmen remain so wedded to the sick, evil combination of Trumpâ€™s isolationism and racism that they refused to support allowing up to 8,000 of our Afghan allies to escape the Taliban. The usual suspects were among them: Marjorie Taylor Greene, Lauren Bobert, Paul Gosar, Mo Brooks, Jody Hice â€¦

Thatâ€™s right, Virginiaâ€™s own official member of the crazy caucus voted to slam the door on the people who risked life and limb for us.

Fr those of you who read this, read quickly — Jeanine will delete it as soon as she sees it — she doesn’t want the truth to get out.

As usual you get it wrong. The vote was against the amendment that gave an open door to virtually anyone claiming association with Afghanistan who wished to come to the USA. Essentially, Taliban could cloak themselves in some apparently benign NGO and get entry into the USA. We had NAZIs who came to the USA after WW2 because there was no defined vetting process.

â€œ This bill increases the number of special immigrant visas available to qualified Afghan nationals who worked for the U.S. government or the International Security Assistance Force (ISAF) in Afghanistan. The bill also relaxes certain qualifications for such visas.

Specifically, this bill makes available an additional 8,000 visas for principal aliens under this special visa program, to be available until all such visas have been issued. (The numerical limitations in this program apply only to the principal alien who applies for the visa, not to any spouse or child who may accompany the principal alien.)

The bill also eliminates a requirement for each applicant to submit a credible sworn statement describing the threat the applicant faces in Afghanistan due to their employment with the U.S. government or the ISAF.

Furthermore, for an applicant qualifying for a visa by performing duties for U.S. military personnel stationed with the ISAF, this bill eliminates a requirement that the duties performed qualify as sensitive and trusted duties.â€

Please show where the words open door are anywhere in the proposed bill.

So you canâ€™t support this comment: â€œ The vote was against the amendment that gave an open door to virtually anyone claiming association with Afghanistan who wished to come to the USA.â€

based on the actual contents of the bill to which you ostensibly refer. Got it.