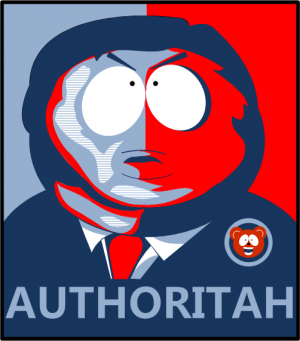 LIFE IMITATES SOUTH PARK.Â  A blog post over at Reason makes the point that if South Park writers Trey Johnson and Matt Stone wanted to have one of their cartoon characters run for president, they could just crib from Donald Trump’s speeches:

A thin-skinned insult comic is running for president by trolling people on Twitter, giving out a rival’s private phone number, andÂ bragging about the crony-capitalist corruption that helped make him rich, and he’s being rewarded with soaring poll numbers. It’sÂ Bulworth rewritten by cynics.