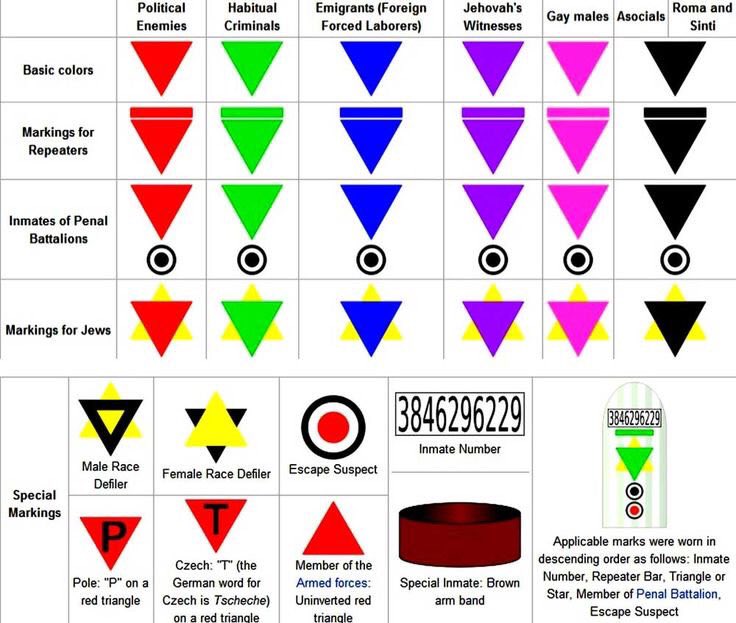 Like it or not, each school board in Virginia must adopt LGBTQ ‘protections’

Will ‘identity badges’ or patches soon be required?

The conservative media has reported  the kerfuffle  at the June 22 Loudoun County School Board meeting as a battle over controversial critical race theory-inspired courses.   The School Board, for the first time in history according to a long time employee, canceled public comment after the 50th of 259 speakers due to applauding.

This action was heinous.  In my time in elected office in Loudoun, as a county supervisor and councilmember in Leesburg,  we never cut off public comment, just asked the police to remove the applauders/boo-ers from the room.

However, the issue before the School Board June 22 was actually LGBTQ policies, including naming conventions, which did elicit a lot of testimony, too.  Policy 80-40 as it is called was not adopted that night, but will likely be adopted on Aug 10.  It’s a state mandate, thanks to Democrat takeover of Richmond in 2019.

Here’s the meat of it:

“LCPS staff shall allow gender-expansive or transgender students to use their chosen name and gender pronouns that reflect their consistently asserted gender identity without any substantiating evidence, regardless of the name and gender recorded in the student’s permanent educational record. School staff shall, at the request of a student or parent/legal guardian, when using a name or pronoun to address the student, use the name and pronoun that correspond to their consistently asserted gender identity. The use of gender-neutral pronouns is appropriate. Inadvertent slips in the use of names or pronouns may occur; however, staff or students who intentionally and persistently refuse to respect a student’s gender identity by using the wrong name and gender pronoun are in violation of this policy.”

But there is no enforcement mechanism, and neither the state law nor State Board of Education “model policy” spells one out.

One parent of a transgender student suggested to LCPS the following in comments on the policy  :

“… I think consequences for staff and students who are in violation with the policy need to spelled out. For example, a teacher’s first reported offense maybe just gets a verbal warning; 2nd offense, maybe retake sensitivity training, 3rd offense is reported in the teacher’s permanent record, etc. …but just saying a staff member or student is in violation is not enough.”

How nice?  You refer to a He as a She too many times and you have to undergo “sensitivity training” and then it goes on your record.  This why we can only hope Tanner Cross, the Leesburg Elementary School teacher suspended for speaking out against the policy. ultimately wins his case (which LCPS is appealing)

But the policy and state law doesn’t differentiate among grades.  While we can assume most of this applies to high school students, as we know, there is a growing movement (of sorts) to support allowing children to “pick their sex.” Hence, a 7 year old or elementary school teacher can be in violation of this policy just as easy as high school kids and staff.

A parent opposed to the policy said this in the comments document:

“Since there is no requirement for hormone therapy to compete as a girl how is this fair to cisgender girls? What if a male identifying as a female takes a spot on a team, how will this correspond with title 9? Will records be allowed for non-hormone therapy treated males who identify as females competing as females? Why can’t males identifying as females compete on the girls teams but their records and placement on the team count against the boys team? For example if a male identifying as a female competes on the girls basketball team their stats be recorded along with the boys team and the boys team lose a corresponding spot instead of stealing one from the girls team? This policy does nothing to keep things fair for girls and tramples their rights …”

There lies the rub.

A number of other school boards in Virginia are grappling with the same issue now   because the Democrat-controlled legislature required it in 2020. There is no local discretion to swerve from State Board of Education guidelines, except to make them more liberal.

The law reads: “That each school board shall adopt policies pursuant to subsection B of § 22.1-23.3 of the Code of Virginia, as created by this act, no later than the beginning of

the 2021–2022 school year.”  The way I read that, NO school board has the authority to NOT adopt the state policy, unless they wish to engage in nullification.

Besides allowing LGBTQ students to use the bathroom of their chosen sex, and to be on the team for their chosen sex if they play sports, these are the naming conventions the State Board of Education is mandating.  You can click this link  to read the FULL descriptions, but here they are in brief:

• Cisgender: A person whose gender identity aligns with the sex assigned at birth.

• Gender: A set of social, psychological, and emotional traits that classify an individual as typically masculine or feminine, although the social construct of gender may be more diverse across a continuum rather than as a binary system.

• Gender Expression: The manner in which a person represents or expresses their gender identity or role to others….

• Gender Identity: A person’s internal sense of their own identity as a boy/man, girl/woman, something in between, or outside the male/female binary.

• Gender Nonconforming: A person who does not conform to gender stereotypes. Their gender expression differs from expectations associated with the sex assigned at birth.

• Gender Transition: The process of shifting toward living according to their gender identity, rather than the sex assigned at birth.

• LGBTQ+: An acronym for “lesbian, gay, bisexual, transgender, queer/questioning, and others.”

• Sex Assignment: A label, generally “male” or “female,” that is typically assigned at birth on the basis of a cluster of physical and anatomical features.

• Transgender: A self-identifying term that describes a person whose gender identity is different from their sex assigned at birth.

I don’t know how any teacher or student is supposed to keep track of all these naming conventions.  My guess is they were not devised by medical research, but probably some Leftist social scientist academic seeking to justify his or her Ph.D., and tenure.

I don’t think it’s good for Republicans to oppose a policy to ensure the very few transgender students are treated fairly in schools.  It’s the naming conventions and mandate on bathrooms and sports teams that should concern us.

If there is no stop to this “identity politics,” and if our country becomes a socialist state, it will not be long before we all have to wear some kind of Nazi-like “badge” on our clothing or armbands like you see in the picture above.

Like it or not, each school board in Virginia must adopt LGBTQ ‘protections’ was last modified: June 26th, 2021 by Guest Contributor Ken Reid

LGBTQ ‘protections’ ‘pronouns’ are about sexualizing children – The Bull Elephant October 25, 2021 at 3:15 pm

[…] But today, it seems our public schools are looking the other way and tacitly supporting exposing children to sexual images, words and ideas, and it’s state law, too.   […]

Oh to be a high schooler again!

“Yes, Mr Principal … I look like a man but I identify as a woman. Can I go shower with the cheerleaders now?”

“Unsuck DC Metro” was the rallying cry for years, until people just gave up on the system. Now, we need “Unsuck LCPS.” It is likely to be just as successful.

“The law reads: “That each school board shall adopt policies pursuant to subsection B of § 22.1-23.3 of the Code of Virginia, as created by this act, no later than the beginning of

the 2021–2022 school year.” The way I read that, NO school board has the authority to NOT adopt the state policy, unless they wish to engage in nullification.”

The areas that these policies must address are presented below. Please tell us, Ken, which ones offend you and should be eliminated, please…

2. Maintenance of a safe and supportive learning environment free from discrimination and harassment for all students;

3. Prevention of and response to bullying and harassment;

6. Protection of student privacy and the confidentiality of sensitive information;

7. Enforcement of sex-based dress codes; and

Even the author falls into the trap of “gender assigned at birth.” The chromosome mix was determined at conception, and if it was “assigned” by anybody other than random chance that would be The Creator….

that term is dirdctly from the state board of ed, not mine, but you made my point for me 🙂

As for the concluding paragraph of the comment, these are not “crazy label games”. They are medically and psychologically correct terms for specific conditions.

Yeah… so why is your stupid fcking party obsessing over this shit? Why are you shoving this hosrshit down everyone elses throats since as you point out the numbers are stupidly low?
Can’t you just leave it be?

You and the other shithead, Eric like to obsess that Evangelicals are lurking to force the Bible on the schools… Dream on you stupid ass…

So as usual stick your comment up your and Eric’s bottom..

“Yeah… so why is your stupid fcking party obsessing over this shit?”

Ummm… it is the Rightwing blogosphere and media that is constantly posting on the subject. “Obsessed” is an understatement.

Read your fellow liberal dipshitz’s comment. He says there aren’t very many of said sexually confused… So moron, if there aren’t very many then why do liberal school systems have to even produce policies that affect the rest everyone else?
But you have to shove it in the 99% face, using his own statistics.
So you are obsessed over this crap… idiot.. But you are of low value anyway.
How’s the money counting in your county shithead? Sounds like the federal gumment is going to shower you with more… another trillion stimulus is coming.

Part II dumbass… Let me ask you… What if Lowdown county started introducing prayer in the schools? What if they bought bible study teaching systems from Liberty U… Started each day with prayer.. Or what if some teachers did the same thing… led prayers in the morning… used the Bible for reading exercises etc..?
Answer the question and don’t deflect like the slimy little turd you are… You and your liberal cohorts would be screaming and yelling at school board meetings… Demanding teachers be fired.

So why do people have to be exposed to your relijgion… shithead?

Gender dysphoria is the correct medical term for what you call transgender.

For the love of pete, can we please stop pretending that a female teen athlete is the same thing as a male teen athlete with low testosterone? “Hormone therapy” does not erase chromosomes, or restructure the pelvis, and it cannot undo male puberty. It cannot change the circulatory structure that helps males run (or swim or bike ride or whatever) faster and longer than females. Mediocre male athletes can beat most if not all of the best female athletes, with or without lowered testosterone levels.

Thanks to the now socialist democrat party, LGBTQ has been mainstreamed. All of this he/him, she/her, etc/and garbage is part of an attempt to damage the other 97% of the American population.